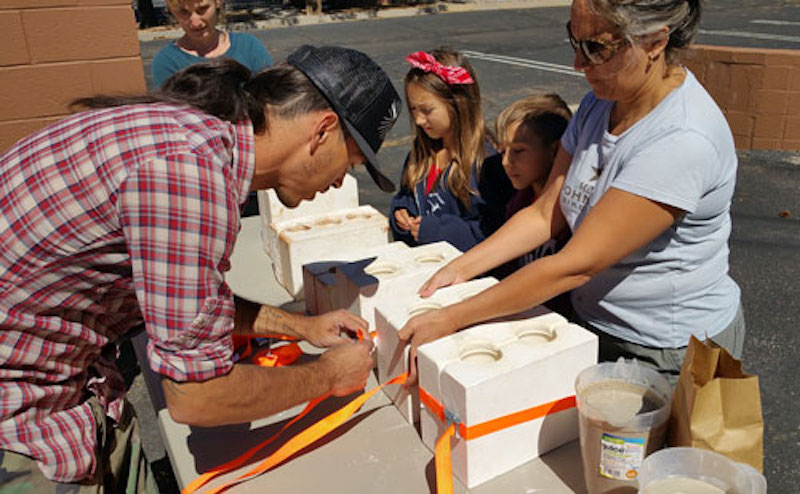 Cannupa Hanska’s “Slip-Cast Seed Bombs” introduced participants to clay as a medium for social activism as he guided them through the technical process of creating slip cast objects. Seed Bombs, a form of guerrilla gardening that incorporates plant seeds into cast or molded clay forms, are used to beautify and enliven hard to reach or neglected landscapes through the distribution of seeds through the shattering of the “bombs” directly onto the soil.

Slip-casting, while often used in the mass-production of ceramics, is used by Luger to comment on the nature of identity, creation, and destruction in contemporary life. As participants, we were able to inspire life through returning the Seed Bombs to the earth.