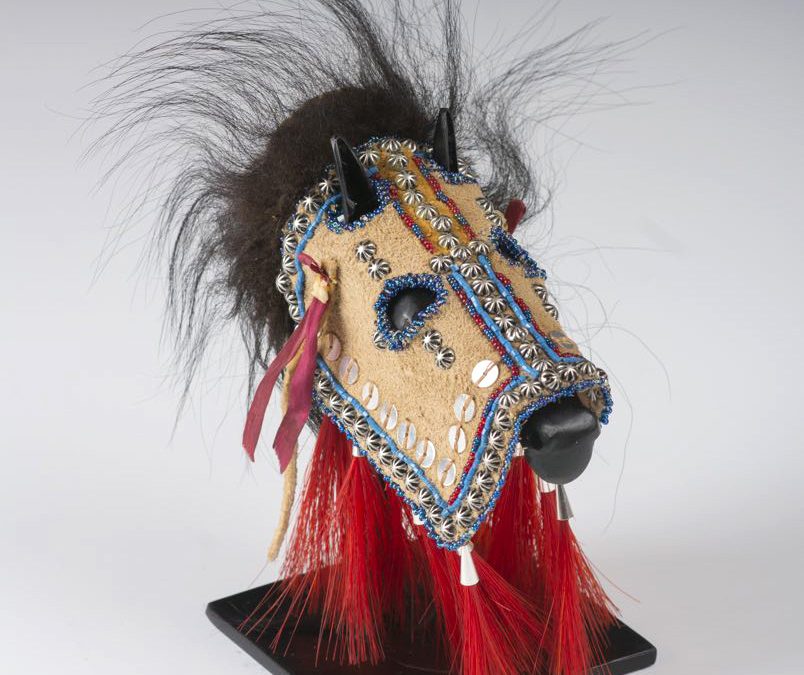 Saturday, February 15, 2 pm at the Coe Center for the Arts, the artist, filmmaker, and producer Jhane Myers (Comanche and Blackfeet) will host the program, titled Jhane Myers: A Plains Woman’s Journey.

The program is the culmination of Myers’ mini-residency at the Coe Center as part of its ongoing Creating Side-By-Side Artist Series. Myers will have spent the previous week researching and creating in the Coe’s extensive collection of global Indigenous art. Myers will focus in particular on the Coe’s selection Plains beadwork, which ties directly into her own practice as a beadworker, dollmaker, and jeweler. Myers will share with the public her discoveries and creations made while at the Coe, as well as an overview of her work across the creative arts. The afternoon’s event will culminate with the sharing of traditional corn soup and frybread, prepared generously by Myers herself.

Jhane Myers’ practice ranges from award-winning dolls and dance regalia to her extensive work in film, including most recently as supervising producer of N. Scott Momaday: Words from a Bear (2019) for the American Masters Series and as associate producer for the feature documentary Defending the Fire (2017). Myers has also been recognized as a Sundance/ Time Warner Storyteller Fellow (2018) and Producer Fellow (2017). Myers and her children, Wakeah Jhane, Peshawn, and Phillip, were featured in the Ralph Lauren Holiday campaign 2019 – a first for Native people and a Native family.

The Coe Center’s Creating Side-by-Side Artist Series is an ongoing program that gathers leading Indigenous artists to have unfettered access to the Coe’s permanent collection in order to study and create on their own terms. The artists then work with the Coe to develop a public program of their own design, ranging from artist talks, workshops, or performances, built to engage the community in meaningful moments of shared experience that further our understanding of the power and breadth of contemporary Indigenous arts.

This project is supported in part by New Mexico Arts, a division of the Department of Cultural Affairs, and by the National Endowment for the Arts.