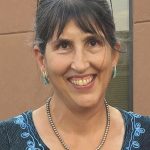 Rachel de W. Wixom has worked in the art industry for over thirty years. In 1989, she began at the international art publisher teNeues Publishing Company in their New York City office. She was responsible for licensing and overseeing the editorial and production division at the New York office. Wixom worked closely with museums, artists, and artist estates worldwide, such as The Andy Warhol Foundation, Keith Haring Estate, Robert Mapplethorpe Foundation, Frank Lloyd Wright Foundation, and more.

In 2002, Wixom became Managing Editor at the Whitney Museum of American Art and was promoted in 2003 to Head of Publications. At the Whitney, she worked closely with curators, museums, artists, artists, organizations worldwide, and the Whitney education and marketing departments. She oversaw licensing and was responsible for aspects of the Whitney website as well as the museum’s publications, exhibition graphics, and exhibition catalogs—such as the Whitney Biennial catalogs, Picasso and American Art, Georgia O’Keeffe: Abstraction, Alexander Calder: The Paris Years 1926-1933, and many more.

Ralph T. Coe [Ted] created the private non-operating 501(c)3 organization in 2007. Knowing he was near the end of his life journey, he asked his niece, Wixom, if she might use her experience to transition the 501(c)3 into an operating organization once he was gone. Coe passed in September 2010. In 2012, Wixom left the Whitney to move to Santa Fe to do just that. The Coe Center was born in her uncle’s home, with its first public program held at 1590 B Pacheco Street in 2014.