The voice woven into my sister’s clothes… 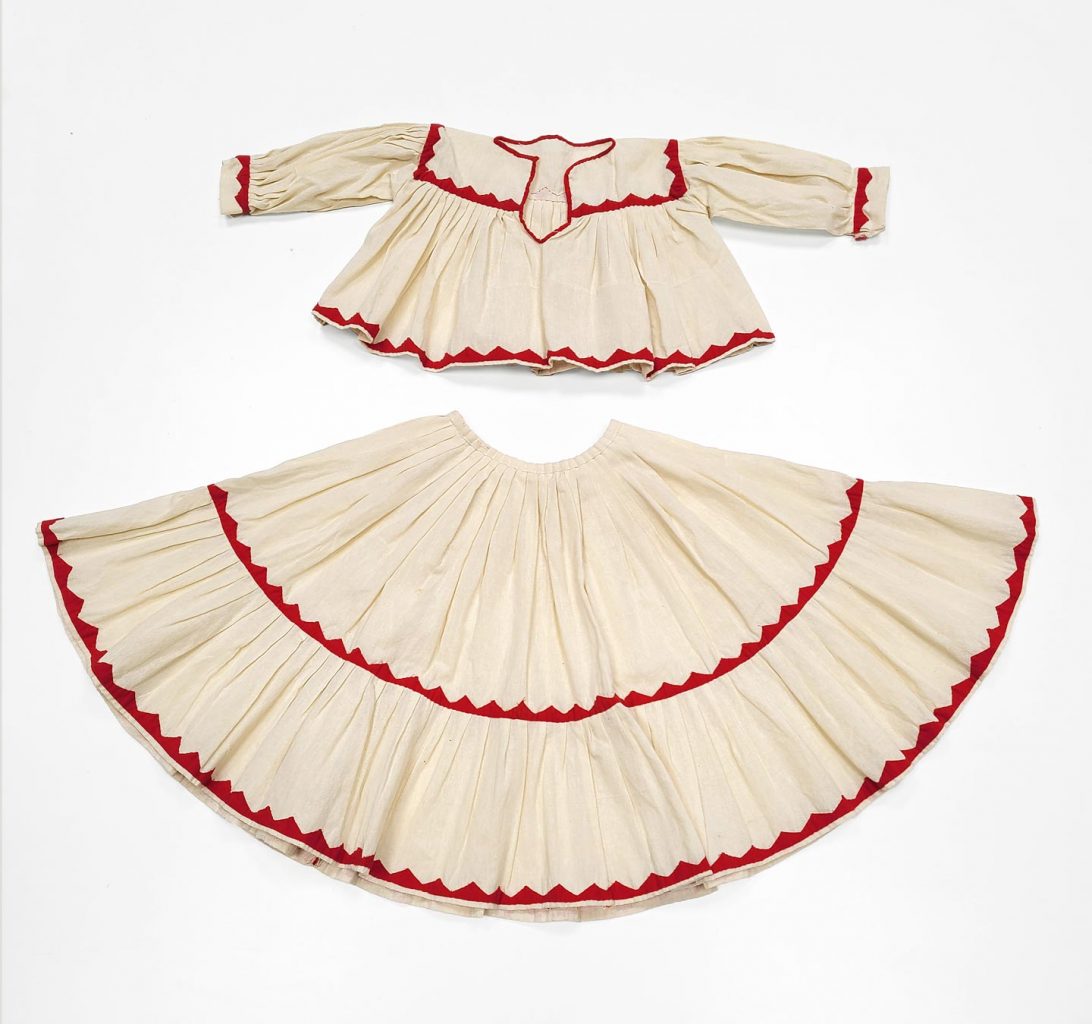 A piece holds power in its history. The hands that created it wove their identity, experiences, and voice within it. A piece is able to speak far beyond its original cultural context. As collections are gathered, both in official museums and in casual tourist collections, the voice of the original hands is carried into a new environment. Too often, this voice is muffled through the walls of a vault, the context sterilized, and the power of the piece subjected to silence.

Allowing a piece to speak authentically to whoever crosses its path broadens the viewer’s world. This Tarahumara/Raramuri dress has spoken to me and allowed me to access a significant part of my personal history.

A term that has always been present in my Spanish vocabulary is “Indio/a” as a general label literally referring to an Indigenous person. However, this definition is only part of the meaning. Mexico, and its spoken Spanish, are the direct result of colonization. As such, ideas and labels created by the dominant, and problematic, Spanish colonizers are still deeply integrated into the cultural reality of Mexico. Part of this is a wide array of language and labels used to describe the mixed people and the boundaries of that spectrum (There are many online sources to understand the colonial “castas”, a hierarchical system to organize and label individuals that are still integrated as an informal way of labeling people today). My personal relationship to my Indigeneity (or lack thereof) is defined by this history. 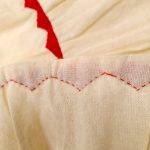 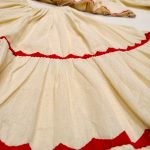 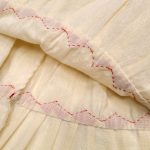 The word “Indio/a” can be used as a descriptor of someone with the direct intention of calling to attention that person’s lifestyle, sometimes their poverty, or ‘other’ culture. The implications are both vast and can be deeply problematic. There are many conversations on this topic that need to be had to create genuinely inclusive spaces for Indigenous peoples throughout all of North America. When I hear “Indio/a,” I think of women in colorful dresses selling goods at the busy crossroads of Villahuamada, a small town in central Chihuahua en route to my parent’s hometown. They are identifiable by their colorful and intricate dresses, heavily accented Spanish, and small souvenirs or crafts made for selling. In the land of deeply mixed people, clothes can often act as a signifier of identity where appearances do not.

My parents are from rural Chihuahua. In piecing together oral family histories, we have lived in western Chihuahua for a very long time. This was proven when I took an autosomal DNA test last December. Unsurprisingly, the majority of my DNA is a blend of Spanish and Native American. Interestingly, all but 1% of my Indigenous DNA came from the Chihuahuan area. When I asked my mom what native groups lived in our home area (“Ama, quienes son la gente nativa de Chihuahua? De la area que nosotros somos.”), she responded that the only group she knew are the Tarahumara (“No se, mijo. Yo nomas conosco los Tarahumara Indios. Pero ya no se llaman asi.”). The word Indio here was not meant as a derogatory label, but merely to point out that the cultures we experienced are different. And they truly are. Where my parents come from, a poor and rural agricultural life, the Tarahumara often inhabit a more traditional way of life and are thought of as craftsmen who create and sell goods to passersby and tourists in the area, exact image that the word conjured in my mind. How the dominant “Mexican” or “Mestizaje” ethnic identity interacts with Indigenous groups in Mexico is a vast place of literature and deserving of research and thought. However, on a personal level, I acknowledge this linguistic meaning in the Spanish that I have learned to speak.

This story serves to show how despite my (likely) genetic connection to the Tarahumara, my world barely included them and only under an over-generalizing label of “Indio/a”. Importantly, this is changing. My follow-up question to my mother was along the lines of “What are they called now”. “Se llaman los Raramuri,” was her response (“They call themselves the Raramuri”).

Weeks after this interaction, I stumbled upon the Coe’s several Raramuri pieces. Although I have interacted with Raramuri peoples in the past, I had not done so with the knowledge that I was intimately tied to them beyond a colonial history. Being of colonial descent, as most of us inhabiting the Americas are, place layers between ourselves and the local landscape. I could not fully see the home-culture meaning of the landscape or those parts of them in myself.

The materiality of Raramuri clothes, in particular women’s dresses, is deeply symbolic. During centuries of attempted assimilation by Franciscan and Jesuit missions to western Chihuahua state, the Raramuri’s relationship to identity shifted. Religious conversion is tied to being viewed as other and discrediting the pre-contact culture. The Jesuit priests made Raramuri women wear dresses that fully covered them. However, resistance was seen in the Indigenization of these clothes. Today those very same clothes, woven of imported cotton, are made in patterns and forms solely Raramuri. This piece was bought and likely woven, within my life of twenty years. Yet it tells of its weaver’s hundreds of years of colonization–the silence forced onto its wearers and the loud resistance of ownership and pride of culture. Learning and deconstructing my own viewpoints as one of the Mestizos shows the power of this piece.