Description: Living long ago, ancestors conceded to the elements of nature and ceremony, celestial beings, earth, young and old, life and death. Huichol healers, or the Virarica, as they name themselves in their own language, were closest to these elements—where living nature was incorporated into healing and the responsibilities for the soul. The Virarica were considered shamans and crucial to reinstating balance and harmony in a living person.

The Wixárika (Virarica, the healing people) are descendants of the Aztecs. They originate from today’s region of San Luis Potosí, central Mexico, in the Sierra Madre Occidental Mountains towards the Pacific Ocean. Today Huichol shamans cure with peyote or hikuri, a sacred medicinal cactus found in Wirikuta, in the Sierra Madre, which is a part of their homelands and a venerated pilgrimage place for the shamans. The Huichol language is part of the Uzo-Aztecan family related to the Cora Indigenous group of northwestern Mexico.

To be a Huichol involves many responsibilities and practices. In earlier times, they mostly lived in ranchos (small family farms) dedicated to cattle farming and agriculture. They relied on their Sun deity or “Tao Jreeku” to practice their customs, plant their foods, and live in harmony with their environment for future generations.

The Huichols or Wixárika are mostly known for their detailed art involving yarn painting and beaded adornments. Their work portrays elements of their spiritual

world, representing Earth healing through four key deities descended from the Sun God: Corn, Blue Deer, Peyote, and the Eagle. Their origin story consists of the role each of these deities contributed. The Huichol shaman is also claimed and sought after by many, as they are critical interpreters of life on Earth with a key mission to heal through love with the support of these spiritual guides.

The Huichol healer, also known as the marakame, enables the relationship with the sick as an instrument through a cycle of the peyote plant, where a solemn connection is established for the shaman to transport themselves into the world of the sick. This journey involves innate sacred Huichol principles connecting the Healer to the ancient wisdom of nature and requires the guides of the Corn, Blue Deer, Peyote, and Eagle. However, the most significant source of mystery and the supernatural is that of opposing cosmic forces generated by the Sun God and the Rain Goddess.

In turn, it is said by the Huichol Shaman that the person in need of healing has succumbed to darkness, feeling lost, and sometimes is possessed by a demon. (Hammerslaag, 2008) A balance must be reestablished where the person can feel whole again, involving a reviving of spirit and body in its full completeness. According to the Huichol Shaman, it is prayer and removal of the disease that is required in order to ensure completeness again. And through ceremonial powers, one is connected to messengers between nature and man, and a connection to the Tsikuri or God’s eye or “Ojo de Dios”, the pattern in the middle, the sick are healed and complete again. Such patterns served as a protective force for the sick, as well as for the first five years of a child’s life.

Healing also involves calling the Healing Arrow entity—a sacred spiritual object aroused to life and vibration by the Shaman. Healing Arrows are made out of carved wood, yarn, and feathers. This particular Healing Arrow consists of blue and orange acrylic yarn wrapped into a diamond shape, with a green “eye” in the middle, drawing attention to the attached feathers on the darted stick.

In this realm, the Arrow carries the directions of the four deities and descendants of “Tao Jreeku,” or the Sun deity, to accompany the spirit of the sick. Through rites and the power of the Healer, by placing the Arrow close to the heart, it “pierces” the sickness and draws out the unnecessary and unwanted darkness trapping the person. What is left of the disease or imbalance is removed through a concentrated energy portal between the person and the Arrow through the Healer.

For this reason, the Healing Arrow is a source of protection for whom it was made. The Arrow is specially made by the Shaman with the person in mind, incorporating colors, patterns, feathers, beads, and other symbolic ornaments gathered with intention for the wearer so that it may carry the sickness out of the body to the unwanted world.

According to Carl Lumholtz (1903), Huichol Shamans also carry the power to sing to the Gods. For this, they are known to speak directly to nature and please them. According to his observations living with the Huichol, the gods represent fire, water, earth, and air and are called Fathers, Grandfathers, Great-Grandfathers, and Elder brothers. At the same time, they refer to all goddesses as Mothers. Mother Nakawé is the mother of all mothers, and Grandmother Rain is the goddess of vegetation and taught man how to plant corn.

Healing in the Huichol world encompasses more than the essential requirements of recovery and recuperation. There is a complete resignation to divine forces managed by expert healers or shamans that look beyond the self, link reality to different portals; to past, present, and future, and a divine source of light energy to heal.

Today, such practices are in danger of disappearing due to threats of illegal land takeover by outside cattle ranchers, open-pit mining such as silver mines, and outmigration to plantations as laborers along the Pacific coast. Yet hope arises in cultural movements in towns where Huichol communities persist and opt to revitalize and heal their arts, language, and religious freedom through organizations like the Foundation for the Preservation of Traditional Sacred Art of the Huichol or the Dance of the Deer Foundation Center for Shamanic Studies. Many others support the Huichol communities by supporting Huichol-made arts and crafts due to its popularity for outsiders and visitors. Projects such as these are being implemented to safeguard and strengthen the Huichol culture as they continue to heal themselves. 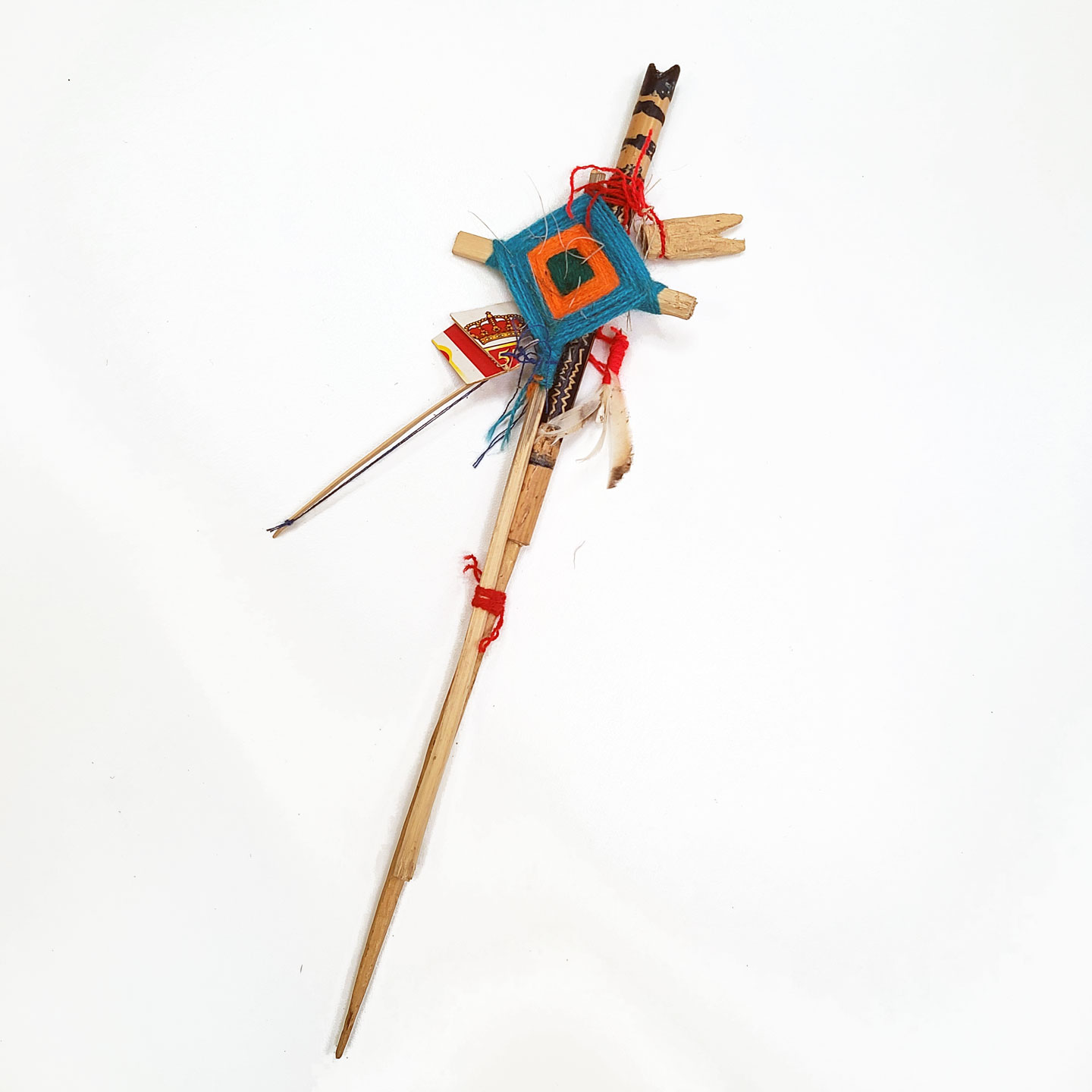