Description: This is a “琮” Cong,  a jade object that can tell stories about our complex human history. Jade Congs are characteristic of the Liangzhu culture (dating to approximately 5000 BCE) of the Yangtze River Valley in China. In the study of archeology, a “culture” is both geographic and temporal, meaning that the Liangzhu culture is a specific group of people that existed in the lower Yangtze River valley of China at the end of the Neolithic period, 3300 to 2250 BCE to be specific. Furthermore, for clarification on pronunciation, Chinese characters are Romanized with Pinyin. The words are still pronounced in Mandarin Chinese, therefore the character “琮” is written as “cóng” with the “c” being pronounced as a “ts” sound. The accent mark denotes its tone, in this case second, or rising tone. 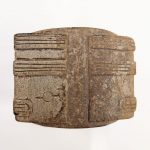 China is no stranger to a deep history of people, with archeological evidence of humans since at least 1.7 million years ago (a loose estimate). Through this broad span of time, humans have lived in many social formations: tight-knit hunter-gatherer groups, small agricultural communities, feudal kingships and empires, to today’s massive megacities like Shanghai. From this comprehensive history, there are surviving pieces of material culture that allow us to zoom into specific peoples in time to understand a snapshot of life at that moment. Material Culture can be defined as “material culture, tools, weapons, utensils, machines, ornaments, art, buildings, monuments, written records, religious images, clothing, and any other ponderable objects produced or used by humans.” (https://www.britannica.com/topic/material-culture).

This Jade Cong provides an opportunity for that type of interaction; we can learn specific aspects of the people who made and used it. We can also trace its journey through history into today, and the new context in which it lives.

The Liangzhu culture (3300-2250 BCE) was in the Yangtze River Valley region. This group was one of the last of the Neolithic Jade Cultures, also called the Chengtoushan period. Neolithic literally means “New Stone”, but it refers to the toolset and technology available to specific groups of people at that time. Neolithic is the last stage in the “Stone Age”, meaning that most tools and technology consisted of stone. Even though the technology was limited, it is still a complicated thing not to be dismissed, which we will see as we delve into this Cong. However, in East Asia, the Neolithic period seems to have happened for a lot longer, a misconception that was used to spread harmful ideas about what Asian civilizations were capable of. In reality, this is due to tools made of softer materials (for example, bamboo) which do not preserve well and do not show up on the archeological record.

Research has shown that the Liangzhu were a highly urban group, living in dense cities on the banks of the Yangtze. This was possible because of innovative water mitigation through dam systems (Liu, Bin, et al. 2017). The Yangtze can be miles wide at points to put this amount of labor into scale. The Liangzhu were the first to control the river on such a large scale. In Chinese mythology, this skill held great power and was important to people here, as it shows up in mythology through figures like Yu the Great (Yang, 2008, 74) (there is a video at the end explaining this legend). Controlling water allowed for more efficient food systems, such as rice cultivation, which had started during the late Neolithic period. Prior to this, millet was the primary grain in this region of China.

These impressive feats could result from a cycle; where food surplus generated from smart farming strategies leads to growing populations. Then they required more creative solutions for the growing needs. Such large populations with specific community projects (like the dams) are evidence that there must have been a person or group of people calling the shots. They were making intentional decisions that benefited the general good of the people. In the field of archeology, there is an emphasis on ritual human behavior specific to the culture (it can be through local belief, spirituality, or other things). This ritual does not translate its culture-specific meaning through material remains. Every human partakes in culture, and thus interacts with rituals or beliefs about the world that are symbolic to that individual. This interaction changes as culture becomes more complicated and as resources increase.

This is where this Jade Cong comes in. Although its original symbolic meaning is long forgotten, the piece tells us that there was a sense of ritual present in the lives of the Liangzhu. These Jade Congs are classified as ritual objects because they mainly do not have an inherent purpose, but they are highly laborious to produce. Jade (also known as Nephrite) is an extremely hard rock. During Neolithic times, tools were primarily stone or soft materials; nothing was strong enough to directly cut through the jade. Instead, the technique used was to rub bamboo slats coated in sand against the stone. This was a slow and tedious job that required hours of labor. This specific piece is only a couple of inches large, but it must have taken hours of work to create. Why was an object like this so important? It took so much energy to create, and we do not see a specific reason for its creation.

These are big questions about what the Liangzhu valued and how they spent their time. However, there is value in this object. In its home context, it had some sort of cultural significance. Although we cannot know the specific reason, we can honor the hands that shaped this jade by appreciating their masterful work. Beyond that, the object tells us specific things about the people it came from, as objects like these are produced in places that have the time, food, and people to spare.

This Jade Cong astounds me for its ancientness. It was created in a faraway land, deep into our human history and with a cultural context that is lost today. Archeologists can take away measurable data about the people that created it, but the symbolism is unknown. This Cong is not the oldest, most elegant, or elaborate, but the stories it tells through its longevity help me feel the weight of our collective human history. This is direct access to a window five thousand years into the past. 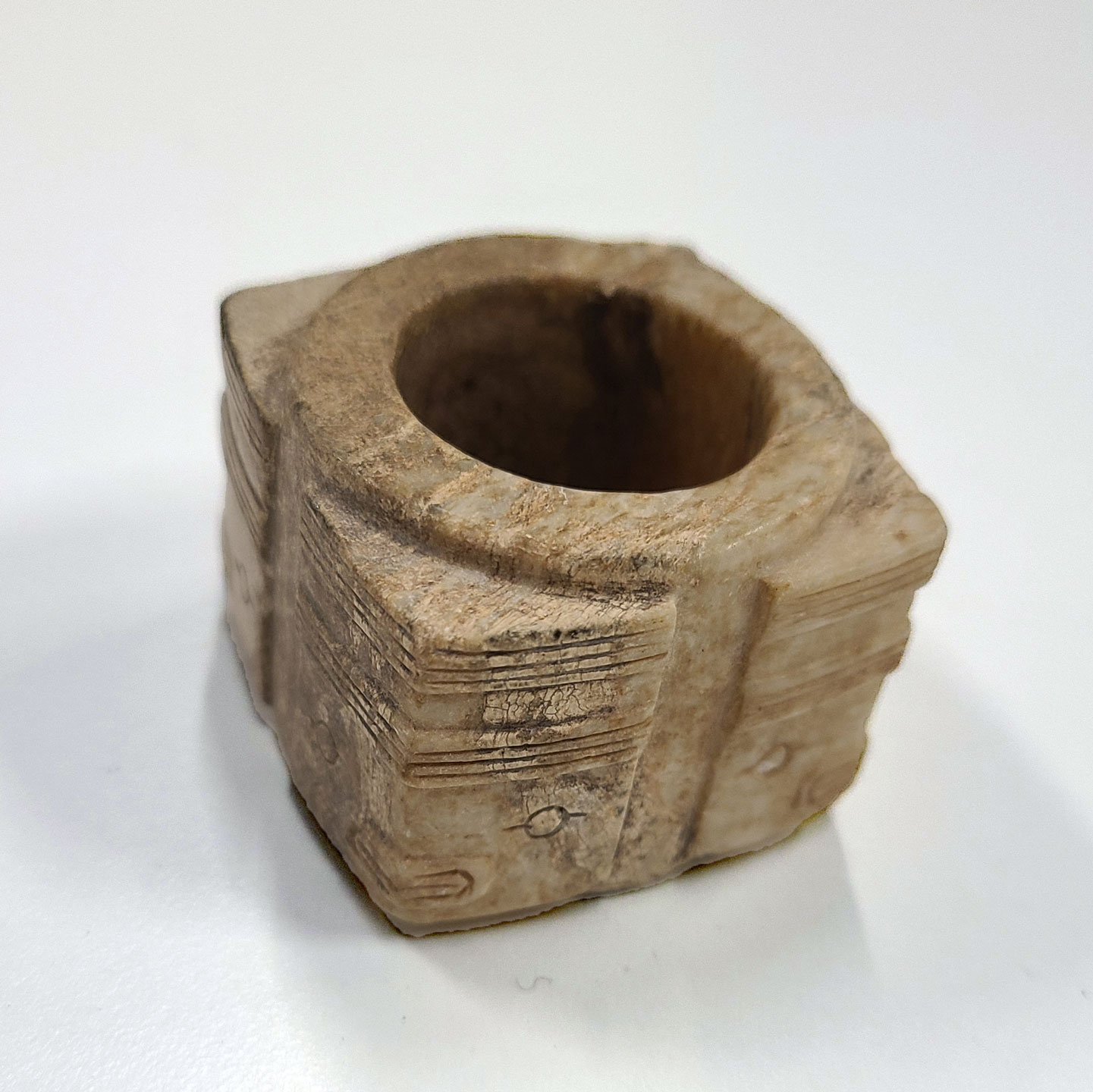