Description: Home. To many, home is the land of one’s family, for multiple generations, for thousands of years. Every living being, every entity, every leaf, every bird is part of home.

And so the story of the Chorotega peoples begins. Some say that many, many years ago, the home of the Chorotega was the mountainous, sacred, and powerful Cholula site.  This large settlement is said to be one of the most critical sites in the Americas at the time, with the largest man-made pyramid to date that extends upward towards the sky. Believed to have succumbed to become slaves of the Huicholes in their ancient homeland, they began migrating away from their powerful land over over a span of hundreds of years, and were reinvigorated in finding hope in a new home and territory. 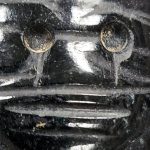 Very little is known of this Cholula pyramid’s early history and how it is connected to the story of the Chorotega’s home. What is known by historians however, is that between 800 and 1350 CE, the Chorotega moved from their homelands of Choluteca, in what is today the coast of Honduras to eventually establish themselves in Guanacaste, the Nicoya peninsula of Costa Rica – in towns as large as 20,000 inhabitants. Their homelands shifted from the central agricultural-rich highlands to the coastal shores of Choluteca and finally to this beautiful, green, tropical peninsula, where it came to be known as the Kingdom of Nicoya, which flourished for 2000 years. These Chorotega lands were surrounded by turquoise ocean waters and volcanoes and where unique tropical dry forests thrive. With this new home and new waters, they developed irrigation, polychrome ceramics, and jade jewelry. Their continued coexistence with the shores was key to their resilience as a community and their new settlement of the peninsula. 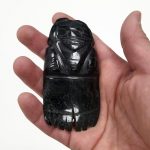 They grew to defend their homelands, becoming one of the fiercest, most potent, and technologically advanced tribes in Costa Rica. In these new homelands, the Chorotega grew corn, beans, and squash. Cacao was used for consumption, ceremonial elixirs, and also for currency in exchange and trade. Perhaps they used tools, like this axe, to cut open freshly caught fish or crustaceans from the sea.

Colors seemed to have been a dominant source of inspiration in the Chorotega society and environment. In the attempt to imitate nature´s life as seen in flowers, plants, and birds—colored feathers were used on dresses and as images painted onto their famous ceramics. Today, the remaining Chorotega people wear belts, textiles, and beads filled with color, expressing the varied colors of themselves and their ancestors.

Considering this piece’s similarities with this other Chorotega-made Axe-God Celt Pendant from the same era, the Coe piece is also likely made of jade or jadeite. Jade was considered even more valuable than gold by the Chorotega due to its hardiness and ability to be carved into any figure desired. Anthropomorphic axe pendants such as this one are said to have been worn by the upper casts of society, where the wearer demonstrated power and was protected by the spirit beckoned. Such axe gods have been found at burial sites and were worn around the neck or chest as pendants. According to archeologists, this Costa Rican jade tradition lasted from 500 BCE to 900 CE, when attention began to shift towards gold. 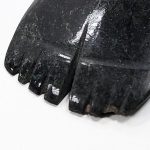 What figure may this represent? At first glance, the figure could resemble that of a frog or turtle. But after seeing similar jade work of other pieces, including that of the ancient Olmecs, one starts to see a pattern…that of a bird-man, a zoomorphic avian figure, with its piercing eyes, a large triangular beak, feet with toes that bend downwards like fins, and hands nestled along its stomach. Can you see it now? 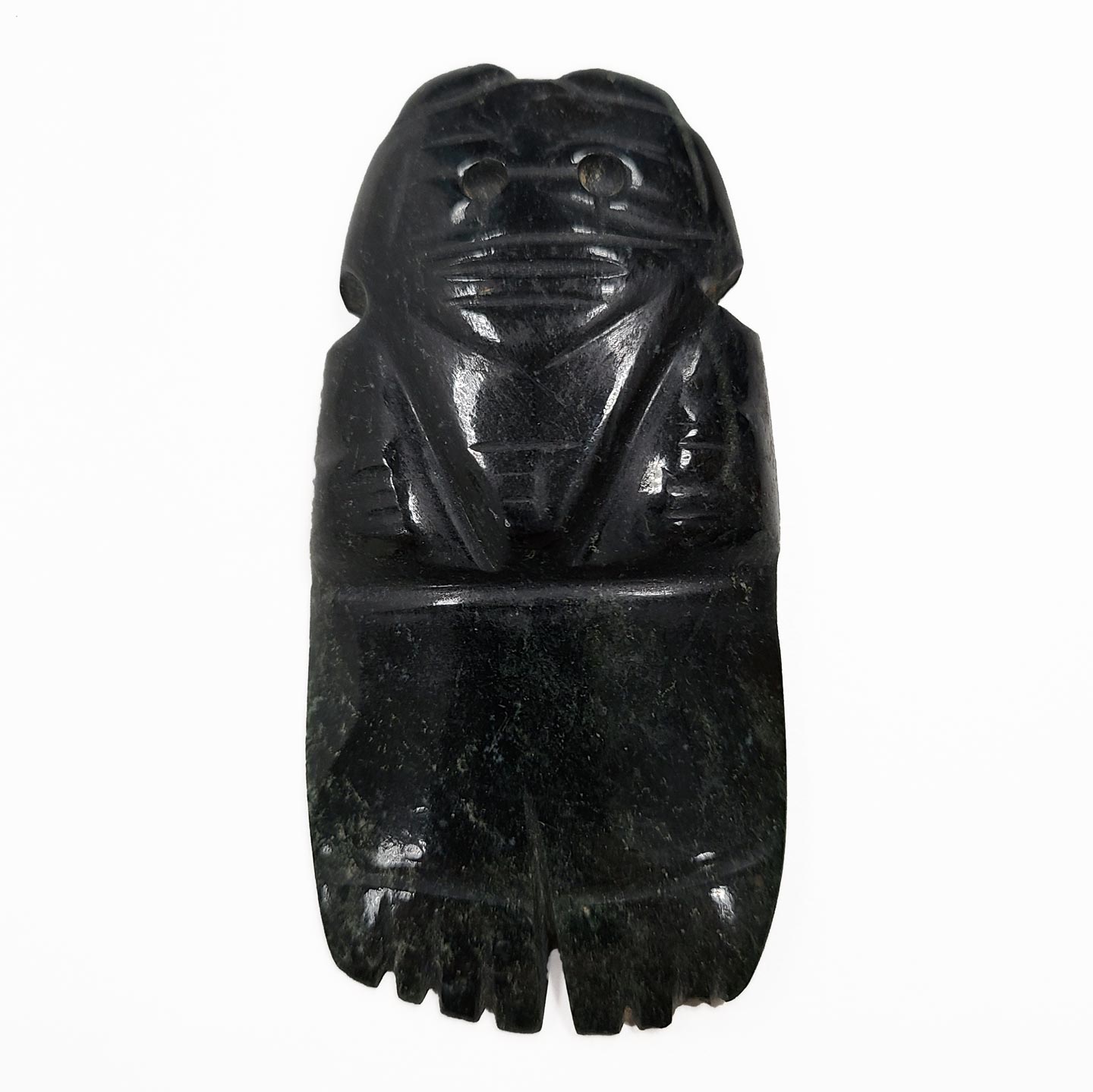