Description: The people of Borneo believe that a baby’s soul does not attach to its body until a certain age. Because of this, hawats are used to protect, and form a strong bond between the baby and its spirit.

The hawat’s hanging attachments are used to attract good spirits, and apparently curious students, while the sounds they make are meant to ward away any bad spirits that could otherwise cause the child sickness or death.

To me, this piece is interesting because of how many different things are connected to it. This carriage was probably used for a child of status because only the children of higher-ranking families were allowed tiger’s teeth and such ornate decoration. —Alexis Willis, Hands-On student curator, 2015

Baby carriers, in various forms, can be found in cultures pretty much anywhere in the world. Those who have ever cared for an infant know babies need and want to be held nearly all the time. Our incredible adaptations for how to accommodate that need, along with all of the other daily requirements that a caretaker must fulfill, reflect not only the functional, but often on the cultural, religious, social, and personal traditions as well. All of this is on show in this Dayak baby carrier (Hawat or Ba’) from Borneo.

This example illustrates not only the care taken in crafting a secure structure of wood and rattan to house the baby but, through the decoration, includes numerous traditional images and items meant to protect the baby—both physically and spiritually. Every single element is meant to carry the child from infancy to childhood safely. Each item from the carved faces which denote that the baby was from the upper, but not highest, social class to the shells, beads, teeth possibly made from leopard or even tiger to the coins that are likely old Dutch trade coins have a role. 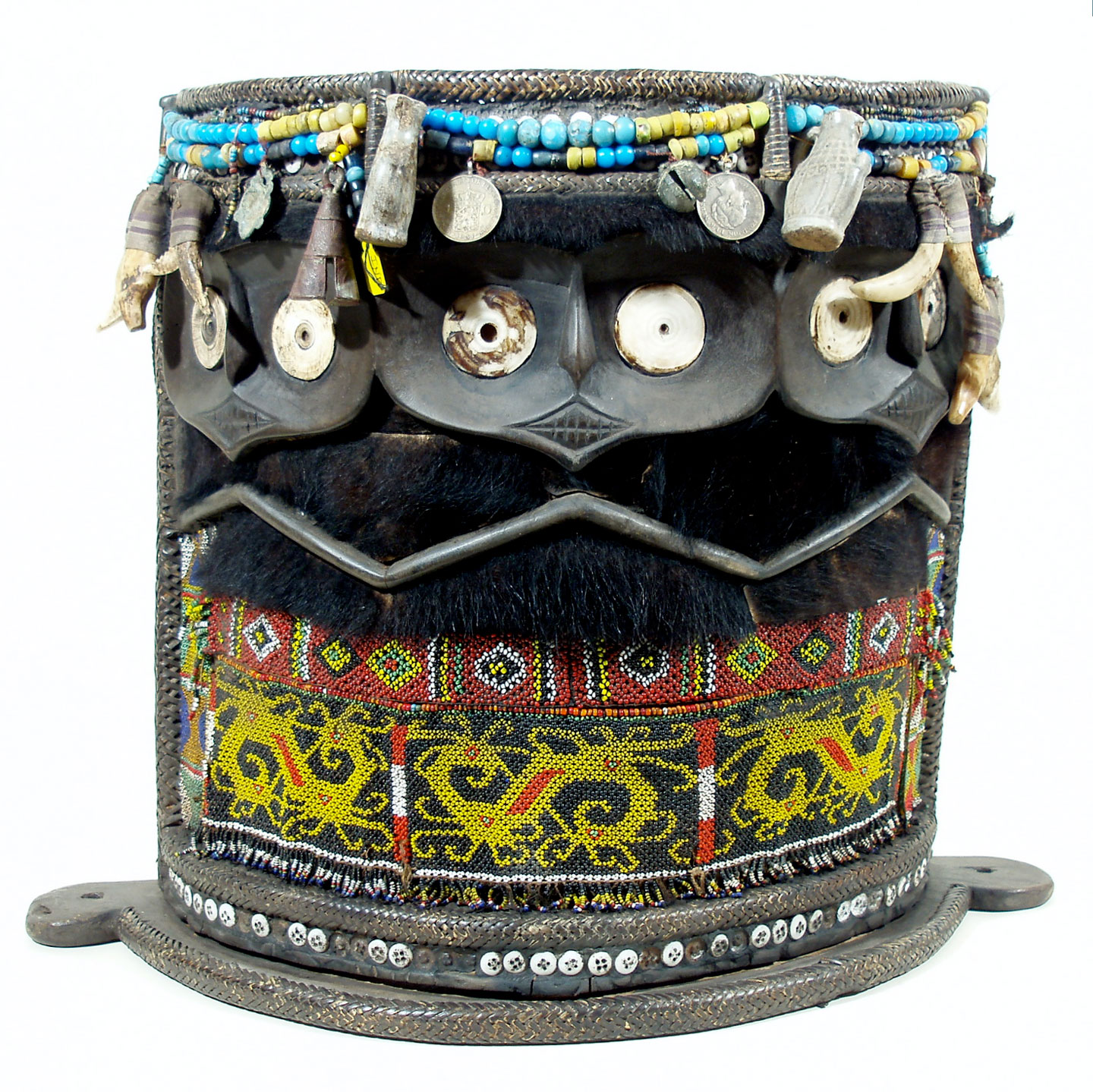