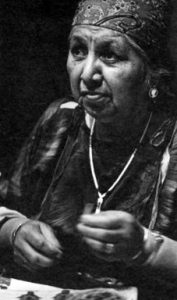 Description: Ted didn’t need to travel far to acquire this stunning piece, only to the Museum. Clearly, Ted had been negotiating with Ms. Barney for the duration of her museum visit. He was always an unapologetic collector.

“Lena Barney was one of many Native American artists invited to demonstrate during the course of the ‘Sacred Circles’ exhibition showing at the Nelson Gallery of Art, Kansas City, MO, May-June, 1977. I watched her for several days working out the complex three-ply twining technique involved in this bag’s manufacture, whereby one strand is held in the teeth, and the other two are brought forward around it. A photograph of her looking up from her work is published in ‘Lost and Found Traditions’, fig. 14, p. 30. The design features three rows of strawberries with the outer rows having three strawberries, and the inner band two, so the two in the center are not yet ripe, while the outer bands convey the pictorial essence of the ripe fruit with great eloquence. On the morning of her departure, I went over to the motel to pick up the bag and found her laboriously chewing her breakfast. She looked up at me, took the bag from concealment on her lap, eyed me, whereupon I took three $100 bills from my pocket and laid them on the table. She finished handing me the bag and admonished me sternly ‘Now you take care of this.'” —Ted Coe
“Lost and Found Traditions” was groundbreaking in including artists like Lena Barney. An appreciative scholar and basket weaver wrote: “The 1980s brought the recognition that traditional Indian arts are alive and, although produced on a smaller scale than in the nineteenth century, are continuing with surprising vitality. Ralph Coe spent a decade collecting contemporary example of traditional work.”

Photo above is of Lena Barney (Yakima), working on the cornhusk bag (Lost and Found cat. no. 226) as a demonstrator at the Sacred Circles exhibition, Nelson Gallery of Art, Kansas, Missouri, 1977. © The American Federation of Arts. 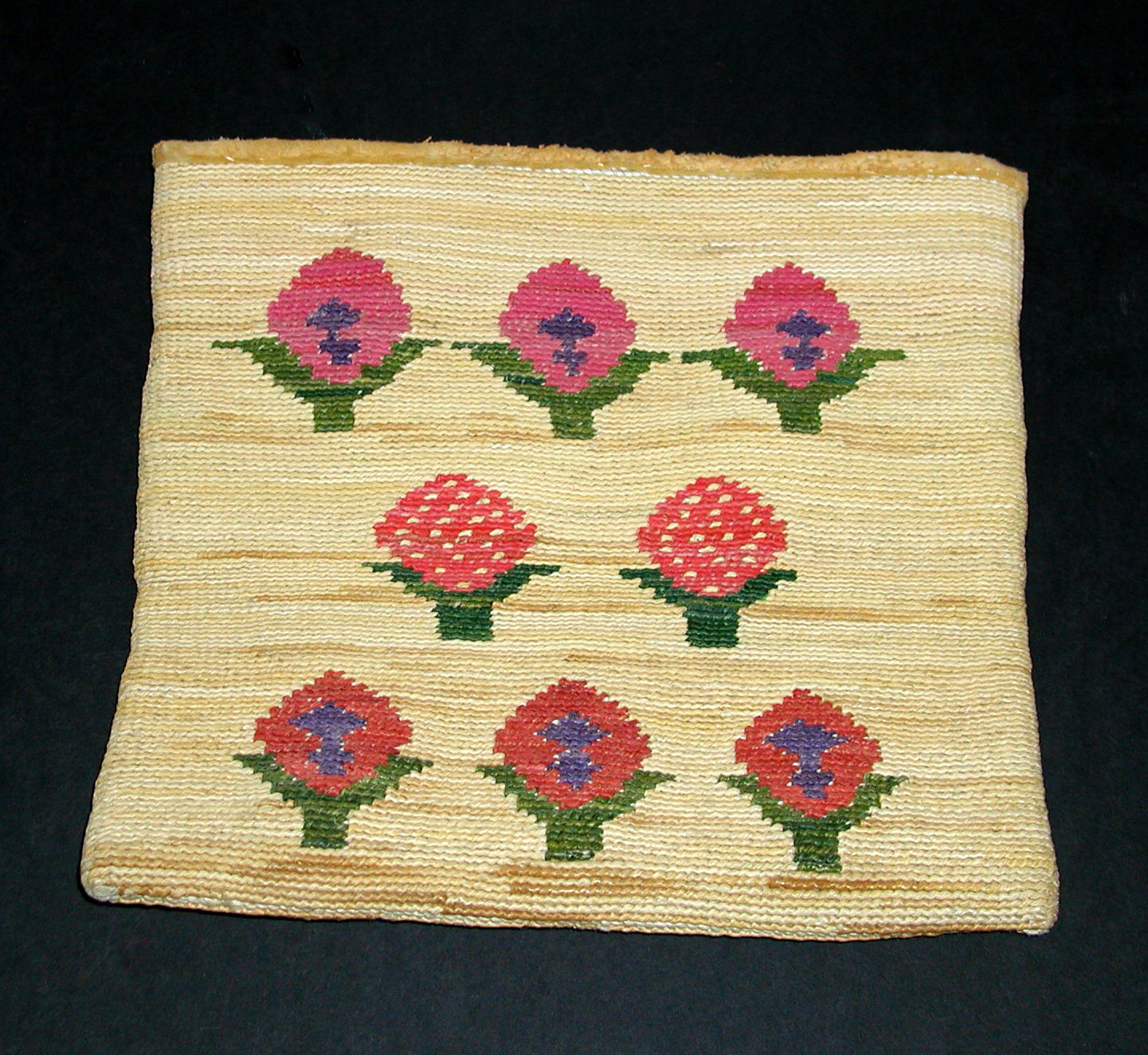