Description: Helen Bradley Smith (1922-2007) was an extraordinary basket maker able to construct all of the varieties of Cherokee baskets. This lidded river cane double weave basket is a tour de force of ability and patience. Twill double weave river cane baskets represent the oldest Cherokee basket tradition. Smith said of her weaving, “I love to use rivercane most because of the designs that can be woven into this kind of basket.” She noted that “my people were using it (river cane) long before they had the tools to make oak splints. They used it in fashioning the walls of their wigwams and in weaving mats to cover the benches and decorate the walls of the Council house. There used to be a lot of river cane here in the mountains. All the streams and rivers had canebrakes, but you hardly ever see them anymore.”

Smith learned from her mother, Eva Calhoun, and taught herself how to make the rivercane baskets.

“I learned from my mother, as so many of the young girls of the tribe did. Mother was making the rib baskets out of white oak at that time, and I learned to do this type of basket first. From there we changed to using the broad splints of white oak which were faster to weave and we could make a greater number of different type baskets than we could by using the rib method. We had to have baskets to sell for a living. There wasn’t much money then, and we traded these baskets to neighbors for corn, meat, and different things needed in the home.”

Making baskets is arduous work; unlike other artists, you can’t just go to the store or order supplies but must return year after year to the forests and riverbanks to visit carefully cultivated patches of trees and rivercane that will become your basket materials, as well as the dyes used to color the oak and rivercane. Smith had to travel great distances to harvest the materials she needed.

“In all my baskets, I have used the native dyes because they don’t fade like the commercial (store purchased) dyes. I used butternut root for the back dye, black walnut root for the brown, bloodroot which makes orange and the yellowroot, which grows along the river, for yellow. In using these dyes, if your basket gets dirty, you can wash it and the colors won’t run.”

In producing an ancient basket style and living in today’s world, Smith disassembles any notion that there are categories or a difference between “traditional and contemporary.” Honestly, the distinction is, well, nothing to talk about since contemporary and traditional is a false distinction and so there is no distinction.

We could try a few trite statements here: “what is new yesterday is traditional today,” or “we only have tradition because it is continually renewed and re-made.” Perhaps these points do provide some insight. Consider that by asking the question if something is traditional or contemporary suggests that one is only looking at the thing, in this case, known as a basket. There is nothing wrong with looking at a basket but it would be unknowable if we cannot take into account the act of doing, what we might term process—the process of making the basket and the process of putting into action cultural values and principles. “Traditional arts” is a lazy way that we can avoid absorbing meanings and contexts of how and why artists work. We look and admire Smith’s basket, but if we don’t look straight on at the basket but rather the space it occupies, we cannot help but be wonderfully intrigued and impressed by the persistence of Cherokee baskets and, critically, that Smith’s ancestors would immediately know her and her basket as a relative.

Smith’s ancestors lived in the Great Smoky Mountains before the arrival of Europeans and dodged and hid from them when Cherokee families were removed by military force to Oklahoma. Her great heritage, her family and community, filled with an ability to endure and sustain themselves through the worst of circumstances is just part of who Smith is and what is woven into every one of her baskets.

There are several different directions to follow in understanding the piece. Ted notes in the catalog record, “this was the first important example of Southeastern basket weaving that I bought for myself.” He purchased it in 1983 at the Qualla Arts and Crafts Cooperative. He had purchased three baskets for his Lost and Found Traditions: Native American Art 1965-1985 exhibition but none by Helen Bradley Smith. For the exhibition, the tour de force basket was woven by Rowena Bradley also purchased by Ted at the Qualla Arts and Crafts Cooperative. Both wove beautiful baskets, and both were from basket making families. However, if there was a family connection between the two women it is unclear. They grew up and lived about sixteen miles apart separated by the peaks of the Smokey Mountains.

Also noteworthy is the acquisition date, 1983. Ted was perhaps on his way to Washington DC where he would spend a year as a senior scholar at the Smithsonian’s American Art Museum. In that year, Ted had departed his position as director of the Nelson Gallery (known now as Nelson Atkins Museum) in Kansas City to be a full-time curator working on the Lost and Found Traditions exhibition. From the perspective of today in 2020, “Lost and Found” may appear to be worn concept, but when Ted set out to find artists who resided deep within their own communities, it was a revelation for most that Native people continued to practice time-honored cultural practices.

Lost and Found Traditions exhibition revealed that most Americans thought of Native American people as assimilated, acculturated and/or their culture was something of the past. George Horse Capture, a distinguished Gros Vente scholar said of the exhibition “that we didn’t need another Whiteman telling us we survived. But what I saw and read is a celebration of Native people and cultures; I want to shake that man’s hand.” [I don’t think they ever did get that handshake]. In the 1970s and 1980s, Native art was thought to be what was in the galleries and being taught at art schools; as some said, “the old arts are gone, it is time for the Indian to move on.” But for people residing in their communities and continuing to their time-honored cultural practices, like Helen Bradley Smith, these cultural arts remained indispensable because in making a basket she was engaged in the creation itself and putting on display the deepest principles and meanings as well as histories of her people. —Bruce Bernstein 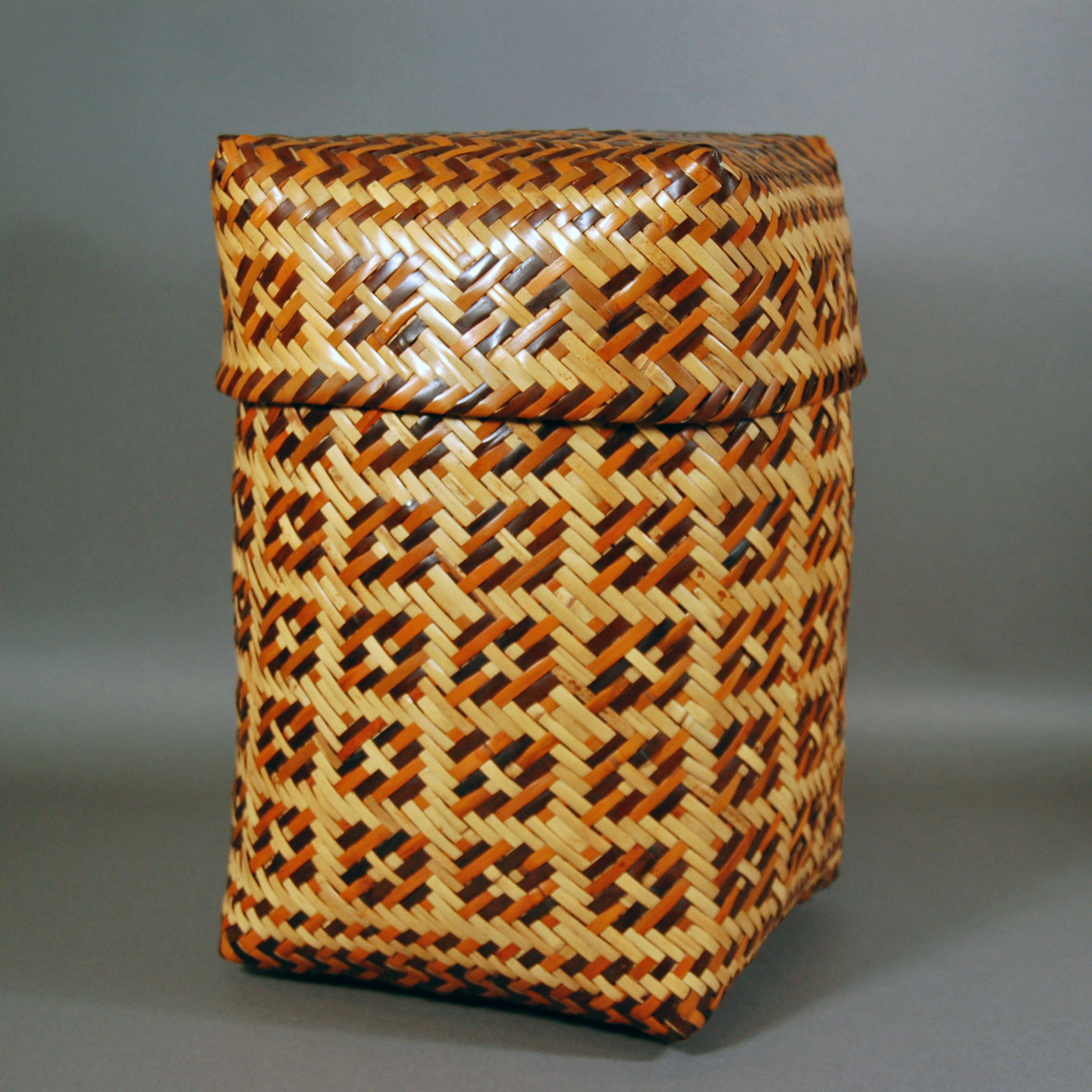