Description: The Totokia, or beaked battle-hammer, is a Fijian war club. The club is often called a Pineapple club, but the clubs were made before the pineapple was introduced to the Fijians, and were made in form of lotus flowers.

The club has two purposes: one to show authority in time of peace, and to kill in time of war. Often carried by the chief of the tribe, these clubs varied in design and size. The chief would either be buried with it or passed down from generation to generation. In war, this club was often favored for murder. The head was heavier to have a stronger impact for the beak to make a hole in the skull. The Totokia makes a neat hole in the skull to not crush or ruin it, but to preserve it because the people of Fiji thought the head held power.

The Fijians made many different types, such as the Tuki, a club like the Totokia, which has no beak; or the Culacula, which are broad flat-headed clubs used for thin cutting rather than smashing. 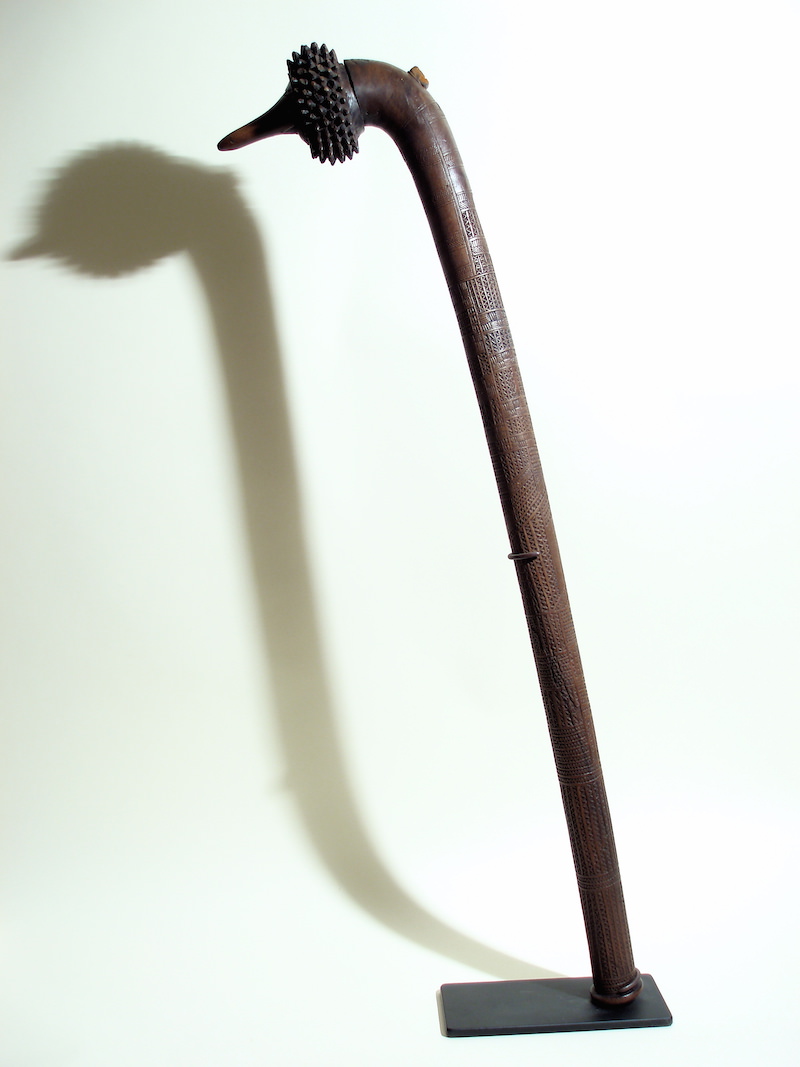