Description: Glass trade beads began to be widely used across Kalaallit Nunaat (Greenland) beginning in the mid-18th Century as increased trade through colonization and exploration spread across the island. While Kalaallit Nunaat is now recognized as a self-governing country within the Danish Realm, Danish colonization of the land and people began with Lutheran missionaries in the early 1700s. Despite this ongoing occupation, the Indigenous Inuit communities of Kalaallit Nunaat today make up nearly 90% of the local population. The Indigenous arts of Kalaallit Nunaat reflect deep ties across the Arctic region, even as highly localized art forms and adaptations thrive. 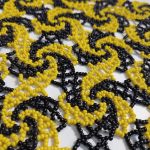 items that are made by women in communities throughout the island. The beadwork of the three Indigenous groups of Kalaallit Nunaat (the majority identify as Kalaallit from West Greenland, while the Tunumiit primarily live in East Greenland and the Inughuit are from the North) are very similar, though the Kalaallit are known for their distinctive beaded collars created in an intricate netting style. This particular beaded piece, which functions as a table decoration or doily, seems to merge the netting style of beadwork with the tatting of European lace, which also became a popular trade item as colonization expanded.

The bright yellow and dark black beads imply a certain simplicity here, however, the minimal colors only heighten the impact of the incredibly complex interlaced, geometric pattern. The contrasting colors swirl around each other creating an optical illusion of depth and movement recalling fractals or fishtails, spiral water eddies, or delicate lace. This piece was likely marketed to visitors, and over time worked its way to the high desert of Santa Fe. Throughout that journey, it has maintained its connection to its maker’s hands and the intimacy of its creation. 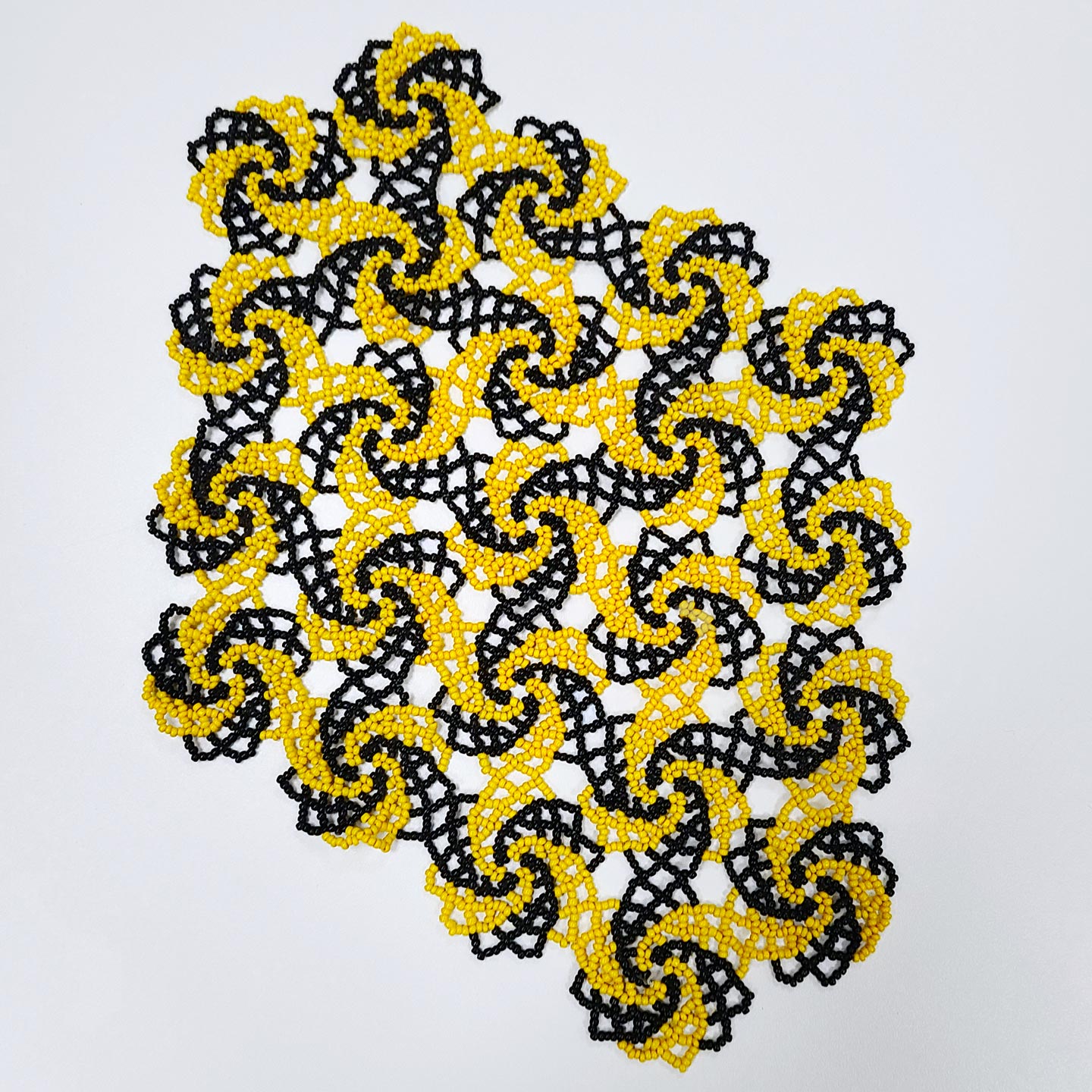