Description: This sweet carved bear figurine was created by the artist Stanley Hill (Mohawk), who was born in 1921 on the Six Nations Reserve in Ohsweken, Ontario, and spent his adult life in and around Buffalo, NY. Hill was recognized as a leading carver during his lifetime who helped revive the art of Haudenosaunee bone carving—even as he did not embark upon a career as an artist until he was fifty-five. Up until that time, Hill worked as a steelworker, eventually operating his own steel company. After a family tragedy, Hill immersed himself in the power of his craft, leaving behind steel and turning to bone.

This particular bear was honed out of porous whalebone, a material perfectly matched to the nubby texture of bear fur. Ted described the subtly evocative power of this piece perfectly: “Somehow, Stan has understood how to portray the uncertainty of a bear’s mien which implies multiple possibilities that have often misled people in the past, to their great regret: aggressiveness, sniffing the air in a seemingly placid way, and a steady slowness implied by the heavy musculature and furry camouflage that does not necessarily fit what a bear may or may not do, turn around and eat a berry or explode at you!” 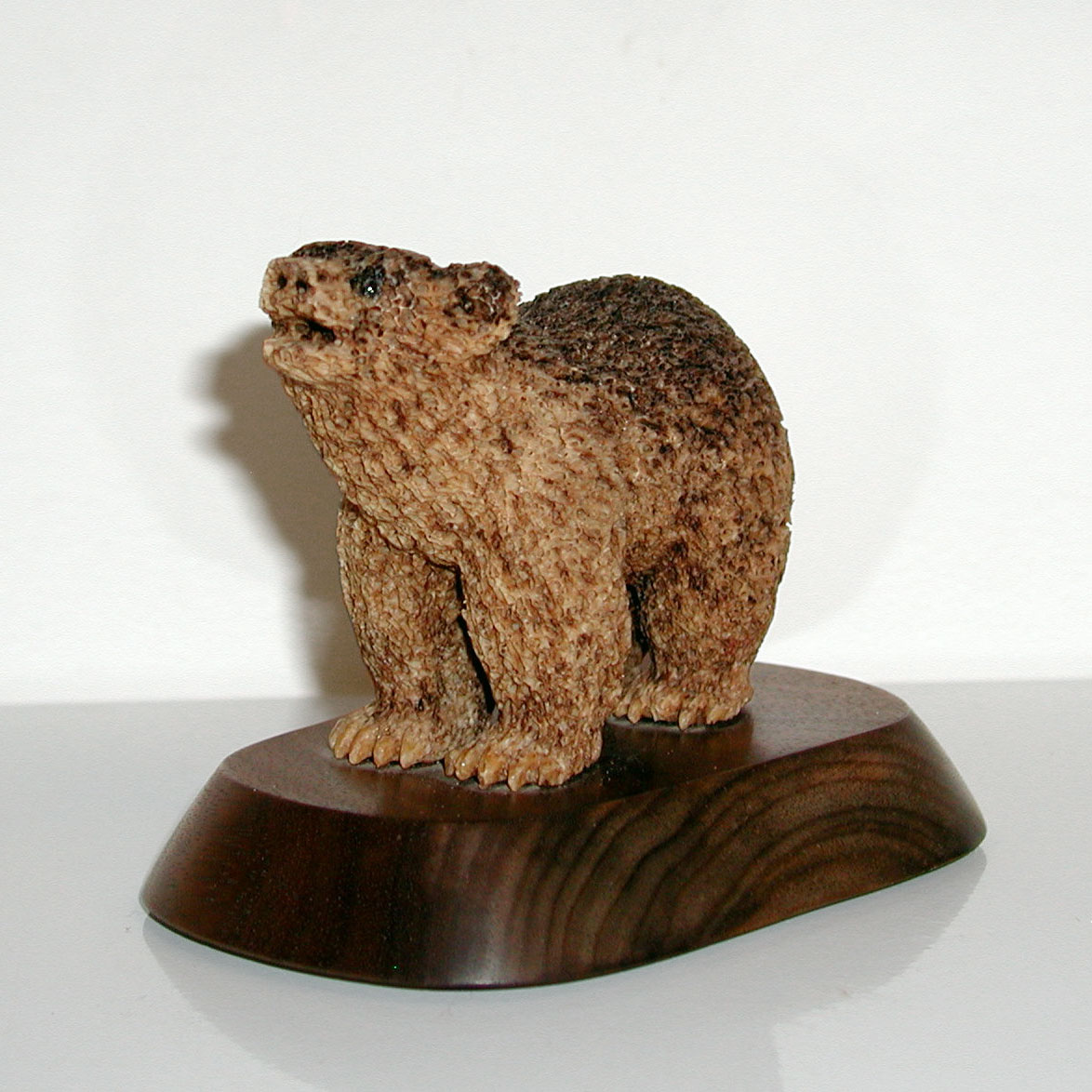