Description: Coe Center’s chief curator, Bruce Bernstein writes: In 1988, Ted Coe purchased this belt from a crowded showcase at the Acho-Dene Craft Shop at Fort Liard, NWT, Canada. It was an old-fashion type of store that Ted knew well. It is still there, selling moosehide mukluks and birchbark baskets tufted with moose hair.

Ted entered the store to purchase some baskets (NA 0471). I purchased the birchbark baskets …, I did some extra hunting in the display counters and found in one corner, a bona fide rarity, coiled up which unraveled into a highly traditional old-style Athabaskan belt, which had never been used. This would be his only trip to Fort Liard where he also purchased a birchbark canoe model for $52.50 and three exquisite birchbark baskets with quillwork for $367. He paid $200 for the quill belt.

The belt was made on a small loom of porcupine quills on a smoked moosehide backing with border beading. Anyone who knows moosehide knows the principal—the only “real” way to tan it is with smoke. Smoke tanning leaves a distinctive and wonderful smell. 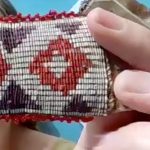 Traditional as used by Ted in the above passage is shorthand for old-style, an older sensibility. Anyone who has sat through one of my talks or read something by me knows that I think “traditional” is an over-used and often meaningless description. Clearly, Ted thought he had found a belt made in the old ways by an older person. But if we dig a little deeper into the arts at Fort Liard today, we find that there are a number of women working with quills—keeping the art form alive and vibrant.

The belt and quillwork then, as well as now, represent vibrant cultural practices. As a collector, he sometimes treasured the past, but as an educator/collector, he enjoyed learning and seeing the continuity of vibrant Native cultures. What Ted thought he found as a tradition in that corner of the art co-op thirty years ago is not tied to the long ago, but continues today.

A North American porcupine has over 30,000 reversed barded hairs. Porcupines are described as large rodents with coats of sharp spines. Native quill workers see this animal as something to respect and beautiful to use. Some women throw a blanket over a porcupine harvesting the quills that become embedded in the blanket. As our online Collections Spotlight visitor and artist Elizabeth Perry, (June 16, 2020, Spotlight with Elizabeth James-Perry)  said there is also a brisk use of roadkill.

Slow, bad eyesight and nocturnal habits can create a meeting of vehicle and animal. Different parts of the porcupine body produce different types of quills, each used for a specific type of quilling. The quills are colored by soaking them in aniline or vegetal dyes. The artisan will moisten the quill again when working with them, sometimes flattening them out by drawing them through their fingers.

Quillwork is perhaps the oldest form of Indigenous embroidery. Quills can be folded, twisted, wrapped, plaited, and sewn to decorate just about anything. Quills use began to subside as glass beads gained in popularity through the second half of the nineteenth century. However, over the last half-century, quillwork is on a resurgence as new artisans are decorating all types of clothing, bags, moccasins, high heels, and scale model figures.

The other day as I was going through my research notes about Ted, I noticed he scribbled in the corner of an itemized list of expenditures that he drove 15,163 miles leaving Santa Fe June 6, 1990, and returning home on December 12, 1990. This treasure was purchased on one of Ted’s many driving trips to Alaska.

In 1988, he and traveling and collecting companion Casey Jones[1] arrived in Fort Liard on a Friday only to learn that the co-op would not open again until Tuesday:

Practically anywhere you inquire across ethnically informed Canada, you will be told that the best birchbark work, chiefly quilled containers, comes from Fort Liard, in the southern Northwest Territories One of my goals in the late 1980s was to visit there and hopefully find treasures at the native arts and crafts co-op. I was not disappointed and to me, Fort Liard is the western equivalent to the superb birchbark and quilled containers to be found on Manitoulin Island in Ontario.

Now, if you pass by Fort Liard, there is a modern motel at the highway and a convenience store, but in 1988, there was but a single motel above a dry-goods store at the village center. It only had one room available and my friend Casey Jones and I had to climb in through the windows since the key had been lost. We arrived on Friday and was duly informed that the co-op would not open until Monday or Tuesday. On Tuesday, I heard some vague rumblings behind the door of the co-op, and after telephoning by Parks Canada, they did agree to open after lunch. Entering the shop was like a ticket to birchbark heaven and these three boxes are the result of my visit, along with one other that I gave to my family. 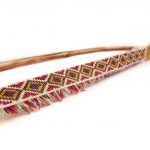 Here is an illustration of a bead or bow loom by artist Lucy Squirrel. Parallel strings are looped around each end, perpendicular warps are added. The quills are folded over the warps. Some suggest that using a loom is “easy” and a type of geometry in the sense that each diamond on this example is made of so many stitches of each color. This is a brilliant assumption, but making something as timeless and beautiful as Madeleine Seyah belt takes talent and focus.

One of my favorite types of traditional art to create is porcupine quillwork. You have to collect the quills by plucking them, then wash them all and dye each batch a different color. Once they’re colored, you have to soak them for a long time to keep them from breaking when you flatten them out and bend them, and then you can use them for sewing. It takes a lot of patience. –Lucy Squirrel, Slavey Lake Dene.

[1] In 2001, a gift of 170 objects from Donald D. Jones, together with a fund for acquisitions, sparked the creation of the modern Native American art department at the Nelson Atkins Museum. Ted developed Jones’s interest in Native art and museum. Besides crawling in and out of motel windows and enjoying pie they traveled throughout North America and talked endlessly about Native arts and culture. 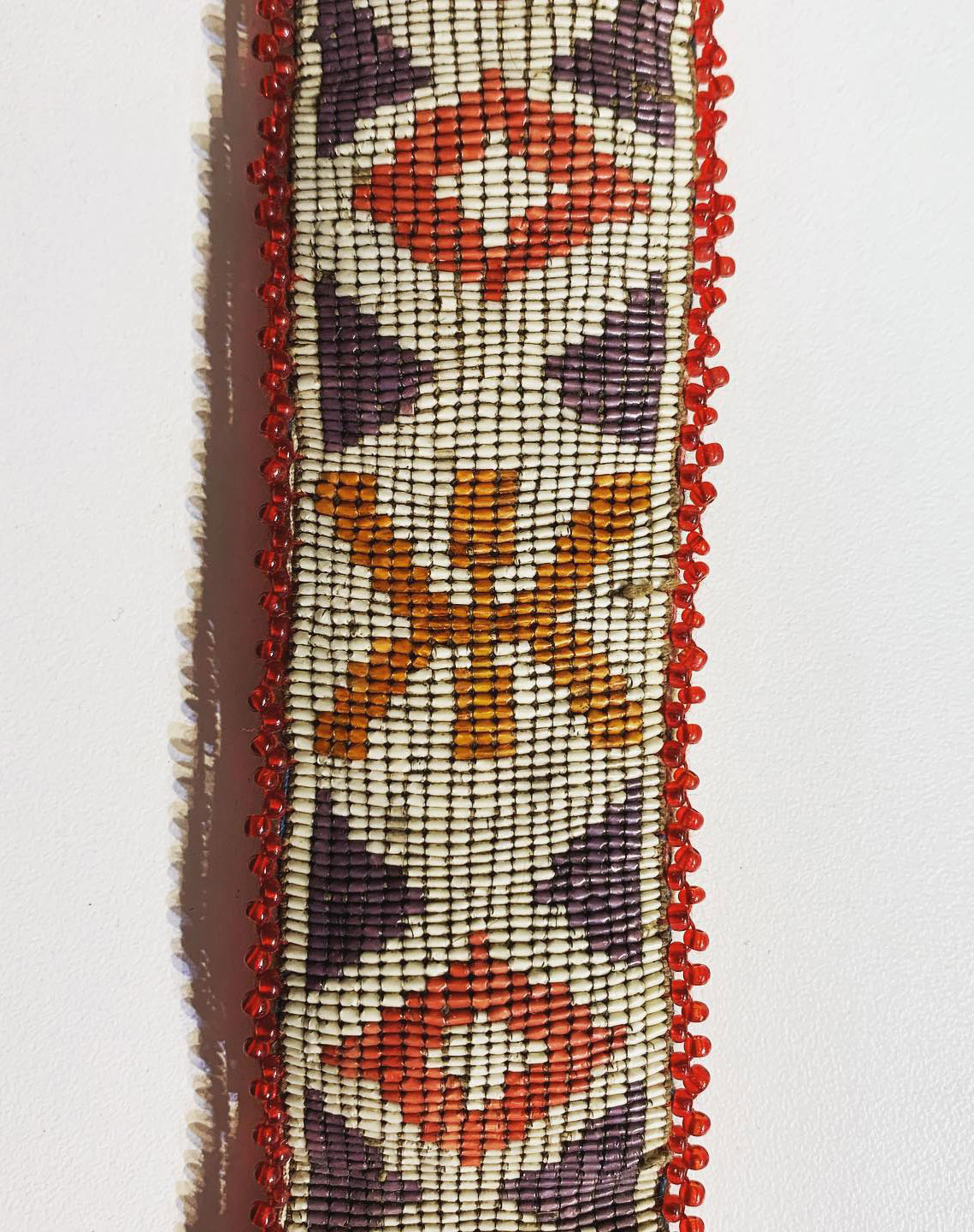