“A common belief among Tarahumara Indians was that the world started with the sun and the moon who were alone and disguised as children. They were dressed with palm leaves and they lived in shacks made out of sticks and mud and a palm roof. They didn’t have any earthly belongings, neither cows, nor goats, nor chickens, nor sheep, nor turkeys. The skin of the two children was very dark and the morning star was the only thing that shed light upon the sinful earth.

The moon swallowed the light from the head of the sun, while the morning star watched over them. Soon afterwards, the Indians did not know what to do in such darkness. They could not work and they had to hold each other’s hands to prevent them from tripping over the rocks and falling into the canyon. One day, they healed the sun and the moon by placing tiny redwood crosses soaked in “tesqüino” (a corn alcohol beverage) and gradually, the sun and the moon started shining with a bright light. Then, there was a flood and a boy and a girl, both Tarahumara Indians, went to the top of the Lavachi Mountain, south of Panaláchic. After the flood, they returned carrying with them three corn kernels and three beans. Since everything was so soft and moist, they planted them on a rock and fell asleep. Later, they fell asleep and that night they had a dream. In time, they harvested the corn and beans. It is said that all Tarahumara Indians come from them.”

Across the long and steep stretches of the Copper Canyon of the Sierra Madre Occidental reside the communities of the Tarahumara or Rarámuri peoples. Known to be runners of the cliffs in these highlands, that is how they came to name themselves, ralámuli: “those who run fast” or “runners on foot”. Many outsiders know 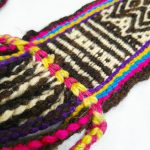 of this group because of their runner’s culture, such as their name implies. They have used the art of long-distance running to maintain links with each other, and other communities by moving articles and items from one region to another. Anthropologists suggest they kept close contact with their surrounding neighbors through running, such as with the Huichol (who live in the states of Jalisco and Nayarit in western Mexico) as well as the Hopi and the Zuni of the southwestern United States. (Aguilera, 2007)

This belt or pukera is made out of handspun wool yarn, as are many traditional Tarahumara textiles. The Tarahumara women wear wide skirts and loose blouses, almost always covering their heads with a scarf if married, and wearing such pukeras around the waist. The geometric design motifs of black spirals and triangular patterns may represent mountains or hills (kawí), roads, a center, or an “eye”. According to testimonies analyzed by anthropologists, the stair-like images mean “the road” or “the way” of the ralámuli that is fundamental in Tarahumara thought. Each path is distinct and unique, to which we must strive to work and do things well to go in that path. One typically sees the designs to reveal a division of the cosmos into three planes (supra-world, center, and underworld). These designs are a structured reflection of the relationship with these worlds; their path, and their connection to their environment, their lands, and the cosmos. Everything has its way, not only each individual ralámuli, but also the waters, the sun, the clouds, the flowers, and other entities that are considered beings that coexist with the Tarahumara. Living in harmony means following this path marked by the Creator. (Aguilera, 2007)

Originally, the Tarahumara used plant fibers, such as the maguey, to create the belts, as opposed to cotton, such as their neighbors. Over time sheep became available and families began to use wool. Today, however, most of the ralámuli weavers work with synthetic yarn because textiles made with wool (as used to be

done) are even more costly. Using wool implies having sheep, whose care is a major expense in time and money. (Aguilera, 2007) By working with contemporary materials in this way, they can provide for their families by selling their artisanal products to a passerby and tourists visiting their homelands of the Copper Canyon. Today, their lands are in constant danger due to drought, wildfires, and illegal logging. Illegal logging is a recurring problem in the Sierra Tarahumara that causes the forests to be burned in order to erase the traces of the felled trees. The communities of the Sierra have denounced illegal logging for years before the state and federal government, and have addressed the issue in public forums organized by various civil associations. Recently, there have been twelve forest fires registered in Chihuahua. The inhabitants of the Sierra Tarahumara are on alert, as the flames could reach areas with a greater population. 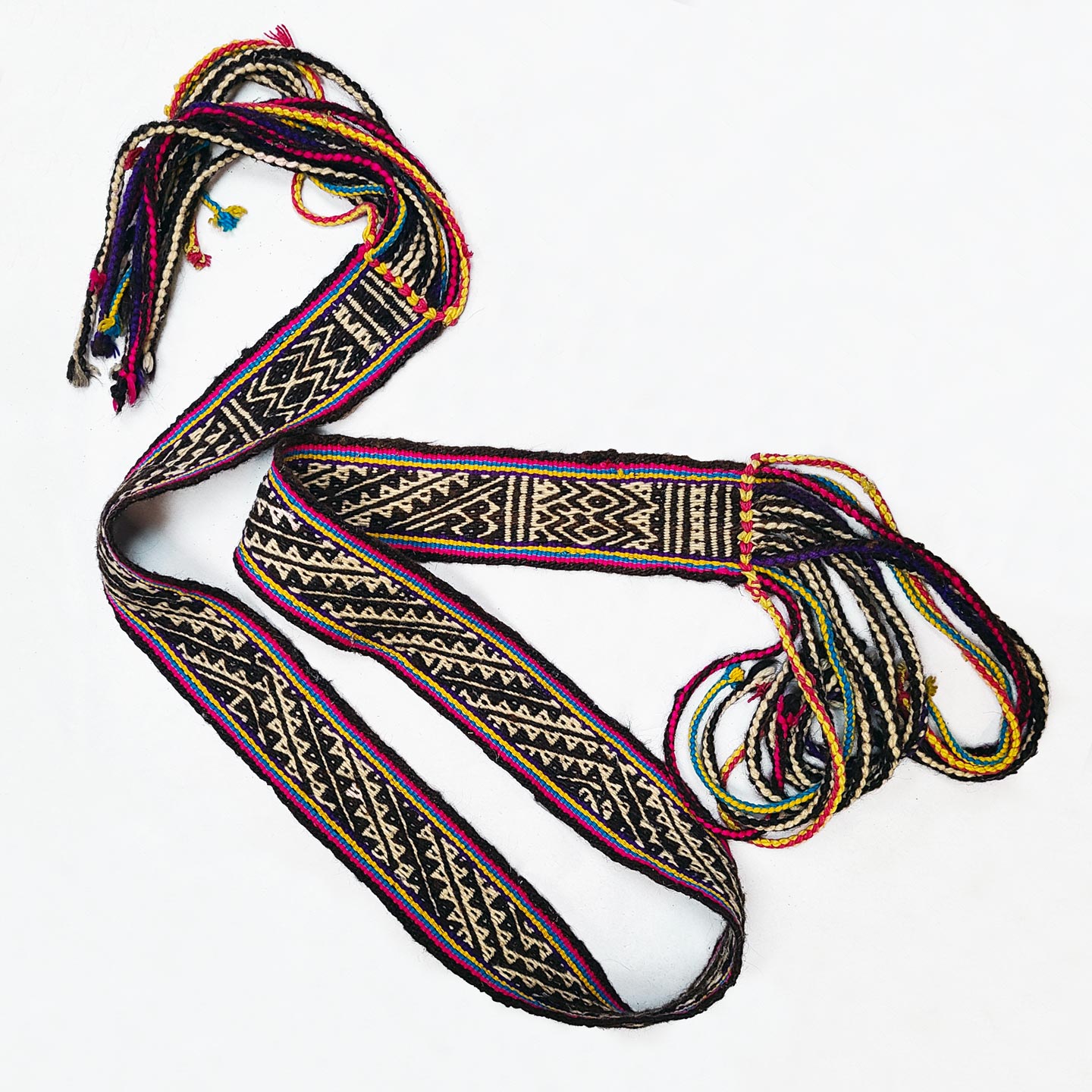