Description: This is a Han Dynasty belt hook made of cast bronze and dates from sometime between 206 BCE and 220 CE. Belt hooks like these became increasingly popular across China during the Warring States period (481-221 BCE) until belt buckles took their place beginning in the 3rd Century CE.

Originally serving as utilitarian items to keep leather or silk belts fastened, belt hooks eventually came to serve as markers of status and wealth, becoming increasingly larger and made of highly valuable materials such as white jade.

Sometimes the hooks hold engraved messages, or even function as Asp seals, and many of them take the shape of animals or monsters. This relatively demure hook is sculpted in the shape of an insect. Do you think it is a scorpion, or a beetle, or some other creature? 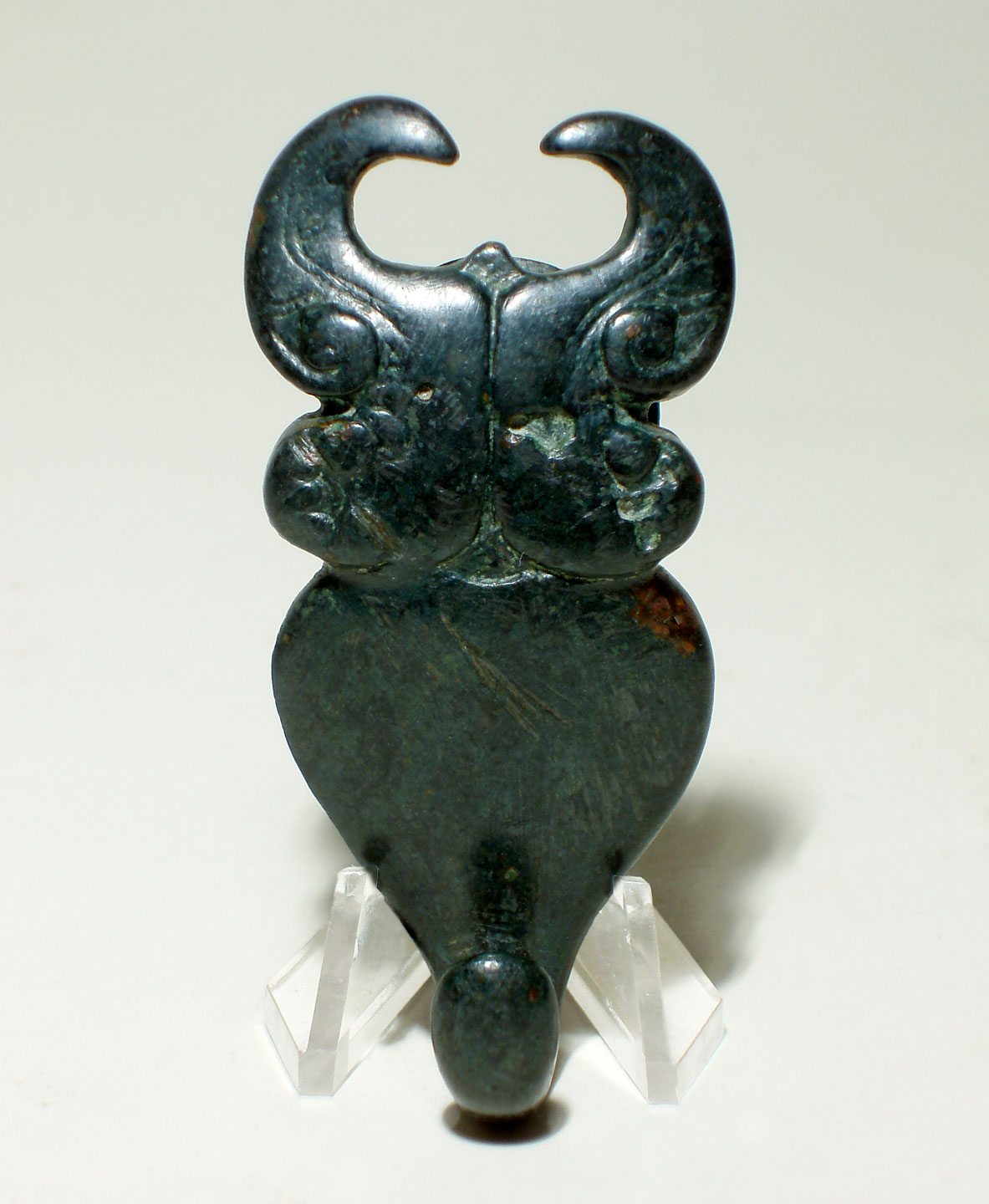