Description: Red cedar bark twined basketry is a distinctive Ts’msyen art form. The positioning of a bear on the small bowl suggests the weaver’s clan and family association. The Ts’msyen of the Annette Islands Reserve were highly influenced by their neighbors, the Tlingit and Haida, and the beautiful false embroidery on their baskets. Using a different twist combined with the elements of false embroidery created a distinct style of weaving, which differs from that of the Tlingit, Haida, and even other Ts’msyen. It is truly an art form specific to the people of Metlakatla, Alaska.

Ted Coe wrote that he first saw this basket in an unfinished state in Ketchikan, Alaska, being worked on by what he described as an “ancient Tsimshian lady.” He offered to purchase it on the spot but was unsuccessful. Some years later, he found the basket in the Quintana Gallery in Portland, Oregon, and purchased it.

Based on this recollection, the basket can be attributed to Violet Booth, who, until recent revivals, was identified by other Northwest Coast basket makers as one of the last of the Metlakatla Ts’msyen basket weavers.

A handful of weavers today are working on mastering and revitalizing twined cedar bark basketry, reconnecting with a proud heritage. In a powerful and poignant story, we can hear directly from Ts’msyen people. The Haayk Foundation—a nonprofit organization located in Metlakatla, Alaska, whose primary goal is to save Sm’algyax, the endangered language of the Ts’msyen people, is partnering with the Smithsonian Arctic Studies Center, Haida master weaver Delores Churchill, and fluent Sm’algyax speaker and teacher Theresa Lowther to host a traditional Ts’msyen false embroidery basket weaving class for beginning weavers in Metlakatla, Alaska in order to create a digital documentary which will preserve this unique art form as well as the Sm’algyax associated with this Indigenous activity.

To learn more about Ts’msyen people and ongoing work to revive and sustain their culture and language, click here. 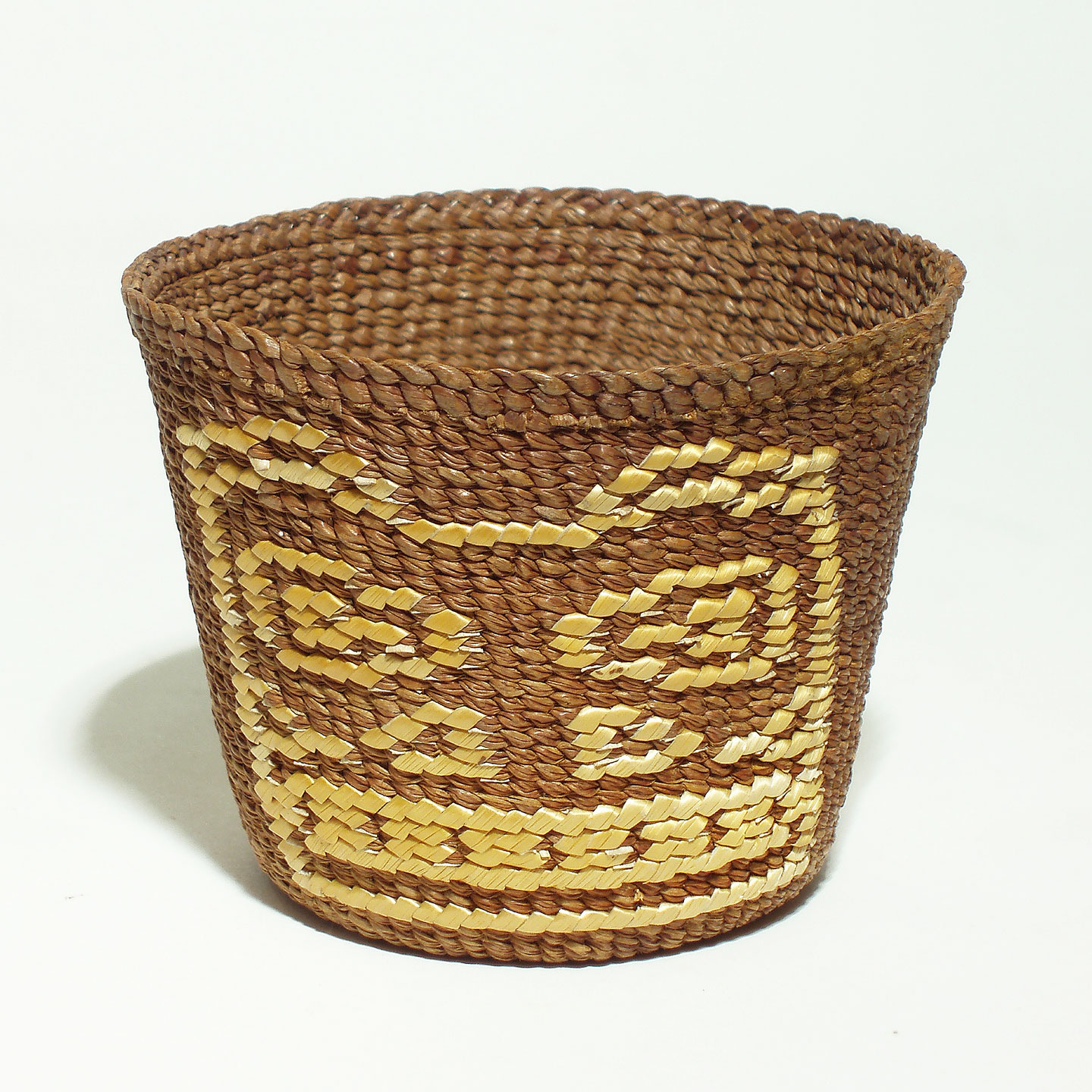