Description: The large clay bowl reminds us of the pleasures of cooking and sharing. It is made by Sophie Medina (1932-2010), one of the finest ZIA potters of the twentieth century. Her son Marcellus and wife, Elizabeth Medina are continuing her legacy in making high-quality pottery. They use the same firing area and harvest their clay and basalt from the same locations as their mother too.

The heavy walled, large bowl is part of the mid-eighteenth-century pottery renaissance that took place following the 1693 Re-Conquest by the Spanish. New pottery forms were invented for processing and storing wheat as it was being increasingly grown in Pueblo fields. A sturdy, heavy-walled bowl like this would be used to knead and fold the dough as well as let it rise.

The bowl was purchased from Letta Wofford, who was a Native-arts institution in her day and part of a broad network of artists, collectors, and dealers who were helping transform a small local event into the Indian Market. She was a realtor by trade but also had the collecting affliction, meaning she supported her habit of buying the best pottery and paintings by trading and selling. As Ted wrote, “Letta was the last of the “old-time” trader armatures, who simply do not exist anymore.” 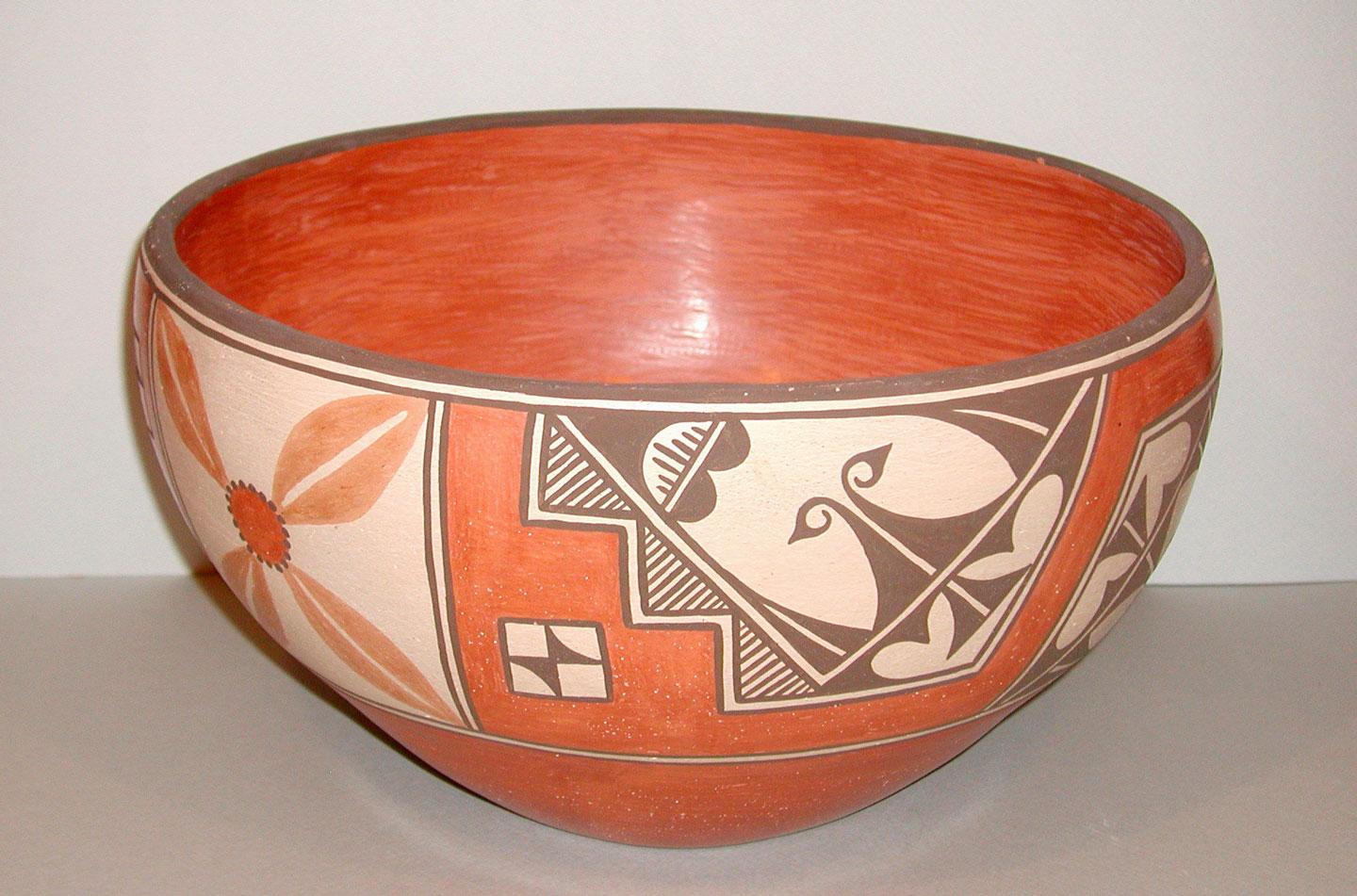