Description: This gold cuff bracelet by Haida artist Robert Davidson is a prime example of precision and perfection all in one. It shows expertise in the handmade quality of sharply hammered lines that depict a double eagle using form line designs and ultra-precise crosshatching in the middle. The Coe Center also has two silver spoons by Robert that show the same masterful artistry in form and technique. 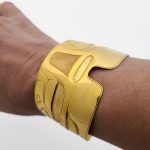 A Northwest Coast native of Haida and Tlingit descent, Robert is an expert in various mediums, such as totem poles, masks, sculptures, printmaking, painting, and jewelry. All of which shows complete perfection. For more than thirty years, he has worked as an artist and has produced an internationally acclaimed body of work. He has also received many honors for his accomplishments. Robert was also an apprentice in 1966 to Haida artist Bill Reid, whose work is also in the Coe Center’s collection. For eighteen months, Robert worked alongside Bill to solidify his skills and knowledge in Haida art.

An excerpt from Ted Coe: “When staying in Vancouver for a day or two in the company of Rev. Tom Weiderholdt, Leona Lattimer, who had made a great success out of running the Vancouver Centennial Museum Gift shop, since she knew all the best contemporary Northwest Coast artists well and who was coming along, told me to “come right over’ because she had a very important bracelet by Robert Davidson that she had just obtained from him. I hustled over to the shop and was treated to this wide gold bracelet that depicts a double eagle in a very abstract way. It was made precisely at the time when Robert was, probably through the influence of his printmaking, rethinking the formal traditional elements of NWC in a new and refreshing way. This bracelet was the result of such thinking.”

Here are two links about Robert Davidson: First, a new film by the Vancouver International Film Festival that is about Robert’s artwork and activism. The second is an interview with Robert about what he has been up to during stay-at-home orders. 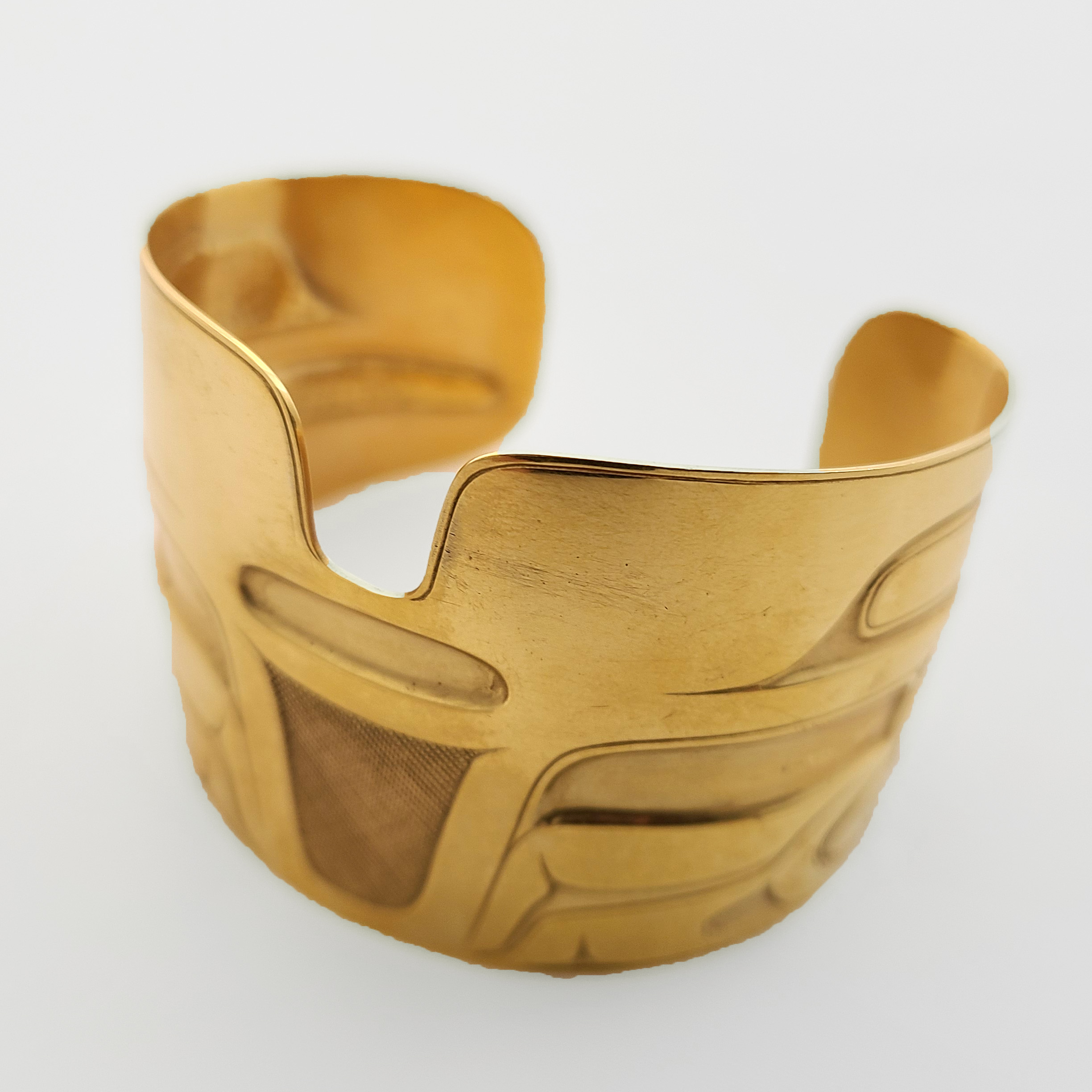