China has a long history of producing ceramics, with a myriad of styles, shapes, and types, each from its own unique regions or trends in time. Unlike earthenware pottery, porcelain is white and usually translucent. Porcelain requires a more intensive process that is both harder to master and more complex technology. Jingdezhen (景德镇), a city in southern China, had kilns that have been producing porcelain since the Tang Dynasty (618-907 CE). Kilns able to fire porcelain spread throughout China, and the production of porcelain increased.  Over time, porcelain production became refined, and masterfully crafted pieces were designated objects of wealth. Different trends, styles, and purposes in porcelain came and went. The China Online Museum has excellent examples of porcelain throughout China’s history.

The earliest examples of Blue-and-White porcelain appear around the Yuan Dynasty (1271-1368 CE), once again in the south like Jingdezhen. One historical narrative is that when the Mongols began the Yuan Dynasty by conquering the empire, many artisans were pushed southward. These waves of migration innovated new styles and techniques in their crafts. The Yuan Dynasty porcelain was not the most refined because it was mass-produced. However, the colors of blue-and-white were striking. Examples of high-quality blue-and-white porcelain from earlier do exist but are rare because of how difficult it was to make.

Interestingly, pieces like this blue and white dish, housed at the Art Institute of Chicago, show how the style of pottery spread or blended with other cultures. A different technique in Central and Western Asia that blended silica, clay, and frit produced strikingly white pottery. Blue is one of the rarest pigments in the natural world. Cobalt is one of the few ways to produce vibrant blues and is also naturally occurring in Western Asia and southern China. Exchanges between the two cultures happened along the Silk Road. This article shows the great variety of blue-and-white ceramics both in China and the west. 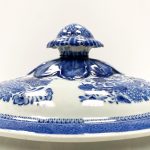 Trade is essential for the identity of blue-and-white Chinese porcelain, as they are, by intention, decorative objects in design and are functional. They were, and are, expensive ceramics made by artisans. Perhaps the popular narrative of the Yuan Dynasty’s invention of the blue-and-white is because this was when the porcelain style became mass-produced and a more common object. The designs on a piece were created with a target destination in mind. Pieces going to Islamic Western and Central Asia had Arabic script and quotes from the Quran. Pieces for Japan had the function specifically for tea ceremonies. Pieces heading to Europe or the United States were made to be stylistically and culturally appealing. The global context is the British Empire and other colonial entities had a direct goal of acquiring pieces of art as objects to display wealth. Blue-and-White porcelain captured British fascination with its forms and aesthetics, and collecting these pieces was prevalent in the 1700s. Many of these pieces were meant to be household objects; however, the older or more elegant pieces of pottery were explicitly collected (or sometimes looted) to be taken to museums or sold at auctions. The Art Institute of Chicago has this great virtual exhibit of its Asian art collection, grappling with the legacy of colonial collecting. 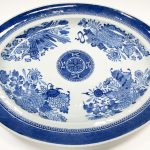 Blue and white porcelain can be seen through the lens of an object of wealth, displaying both the worldliness of the owner and their elegance. Porcelain has an important role in the history of China, both in how it reflected fashionable trends and expressed trade relationships with the rest of the world. Indigenous art has a dual role of being significant to home cultures, and as desirable objects either aesthetically or for its function. Blue-and-white porcelain can tell us about the history of China and its relationships with the rest of the world. However, these pieces also invite us to ask ourselves where the line between a decorative household object meant for everyday and art. To me, art is valuable because it can ground stories about the past or as lived by others in a way that feels more real and relatable to the viewer. This platter and tureen are more than just pretty or old China; they have their own voice as individual pieces and as art forms. 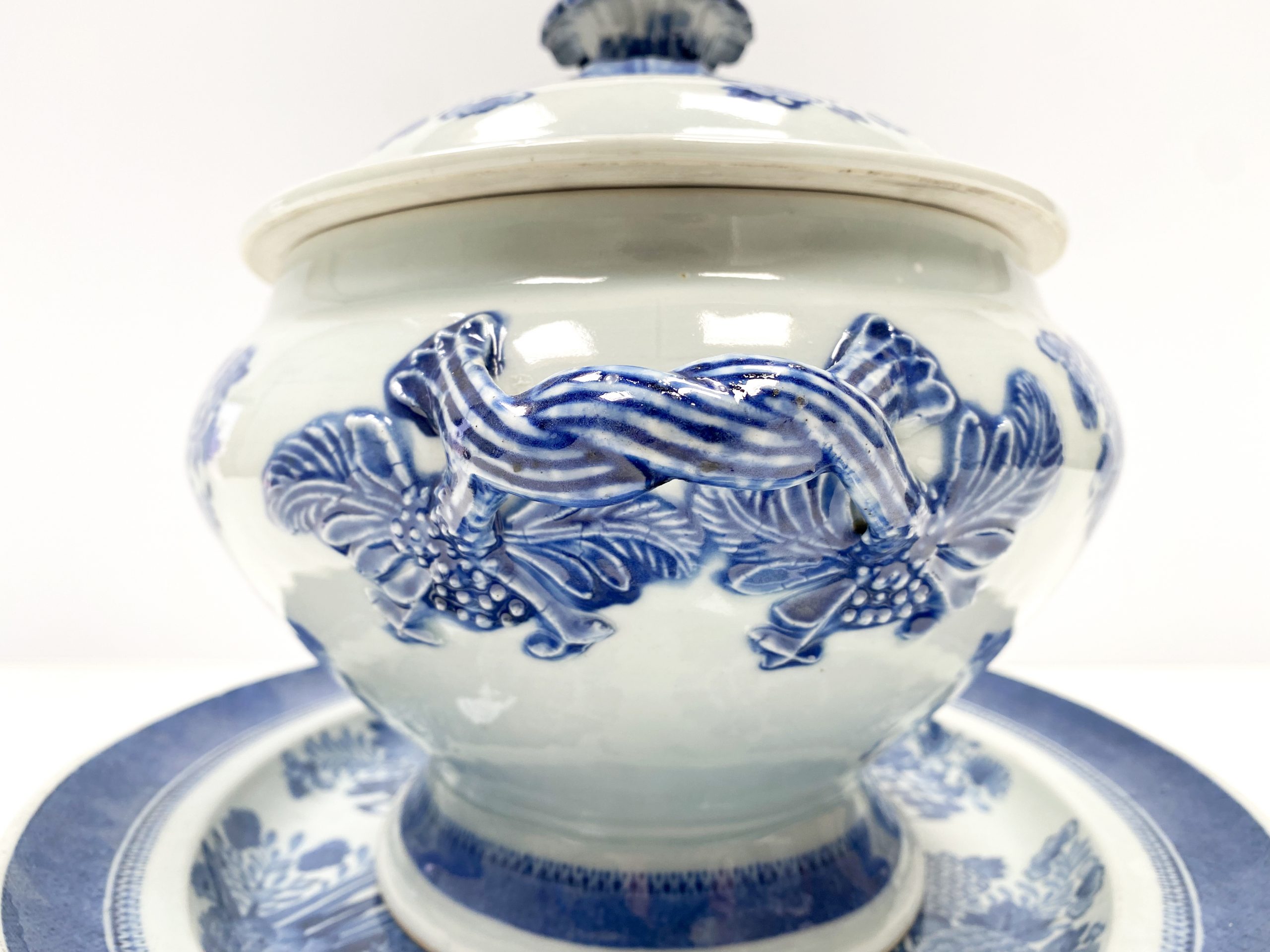 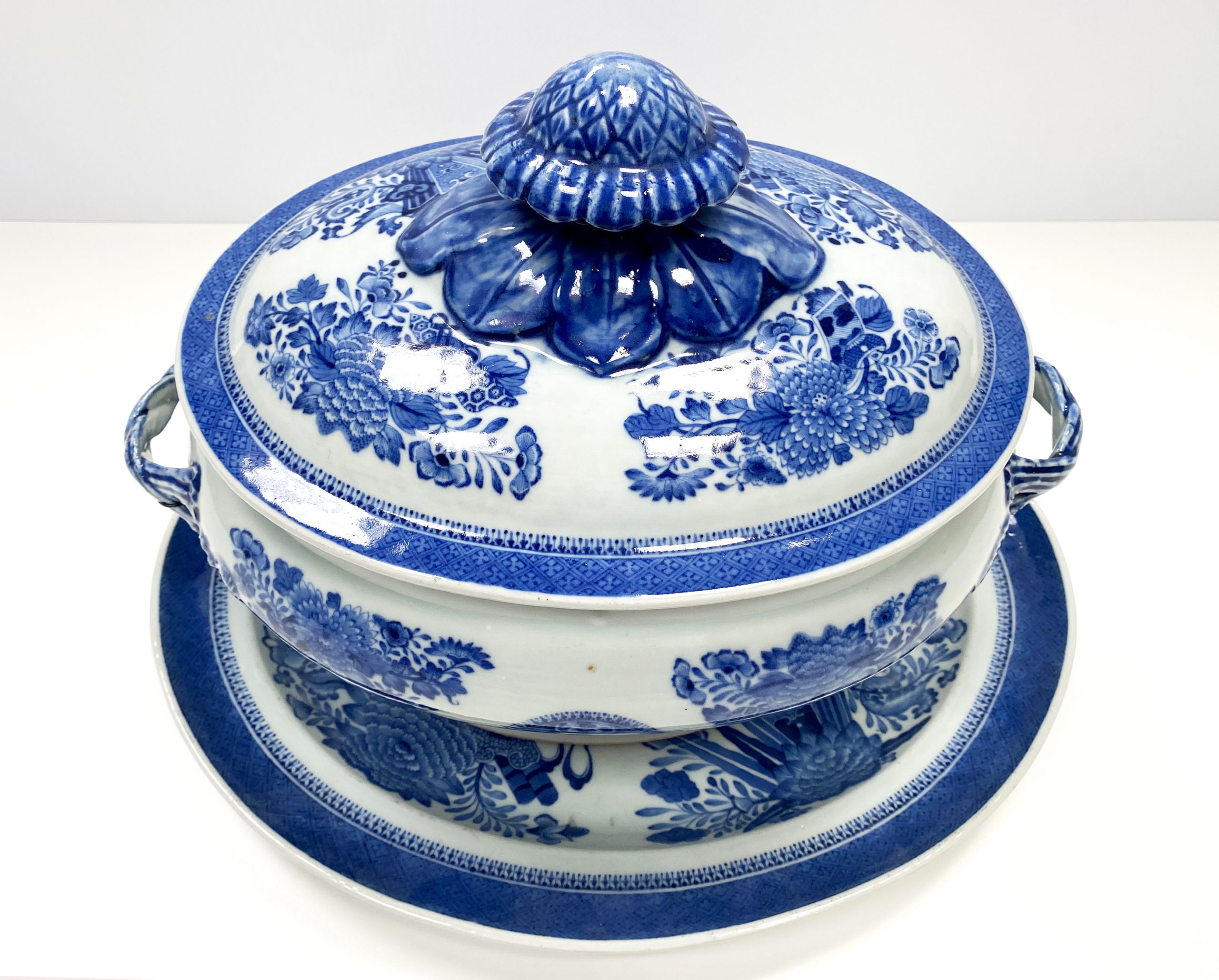