Description: Stan Hill (1921-2003) was born on a farm at the Six Nations Reserve in Ohsweken, Ontario. His father was Tuscarora, and his mother was Mohawk. Because Iroquois adopt the tribe of their mother, Stan considered himself a Mohawk, of the Turtle Clan. Hill left home at thirteen to be a farm laborer, and when he was nineteen, he began an apprenticeship in structural steel. Following WWII Navy service in the South Pacific, he settled into raising a family. 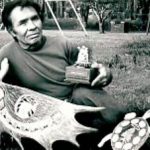 At age fifty-five, Hill began a new life. He left ironwork behind, determined to support his family as a full-time artist. In his home workshop, he cut and polished antlers supplied by hunters and others who found the shed antlers in the woods. Using different drill bits, Hill worked on the intricate details, operating the motors with foot controls to keep both hands on the piece. Hill made simple pieces, like keychains and necklaces, which he sold at festivals and pow-wows, and fine artworks that cost thousands of dollars.
Carving connected Hill to the spiritual world, his ancestors’ abode and the son he lost, his family and friends say.

In creating this comb, Hill has chosen to share the Haudenosaunee origin narrative. It is the story of Earth Grasper or Woman Who Fell From the Sky; one epoch of a long and complex story of how the world as we know it today came into being; it is a long, complex story, one of those meta-narratives in which people make sense of their existence. It articulates where their ceremonies came from, where the clans came from, where the nations came from, and why. It is the Haudenosaunee vision of humankind’s role in the universe. This is a narrative of the peopling of the world.

Here is a brief summary: Sky Woman falls through the hole in Sky World plummeting down toward the water below. Before she falls into the water and drowns, Loon rescues her and holds her above the water, keeping her from drowning. While she is being held aloft by Loon, Turtle dives through the water, bringing mud to build the world upon his back. 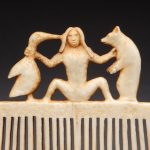 The carving seems to stand for the second epoch of the Creation of the Haudenosaunee, the creation of the world on Turtle’s back. Sitting on top of the comb is Sky Woman, a loon, and a fox. Loon helps first people survive ordeals serving to prove their worthiness to occupy the land world. And, as described above, Loon helped create a solid land on the back of Turtle on which people might live. Fox is one of the forms the father of twins born to Sky Woman took, the first children born into the newly created world. The Matriarch, as Sky Woman is also known, sits between these powerful beings.

The power of Stan Hill’s vision and artistry is his ability to create this evocative and formative period atop the comb. The comb format and using antlers it is carved from are both ancient and revered forms.

Ted Coe wrote about his visit to Hill: You haven’t seen anything until you pull up in front of Stanley Hill’s suburban type house in Grand Island, New York, and look through the open garage doors, as I did in 1979 when I first met him. There, the artist’s tools are screeching while he hovers over his worktable with eye goggles on while an impenetrable pile of antlers stacked every which way seems almost to take the place of the garage walls. Stan has beautifully adapted this old traditional vocabulary of expression to his wider and broader overall view of a contemporary Indian assessment of the past, as conjoined to an eternal present.

Above Stanley Hill photo: c.1976, courtesy of “Grand Island Pictures from the Past” 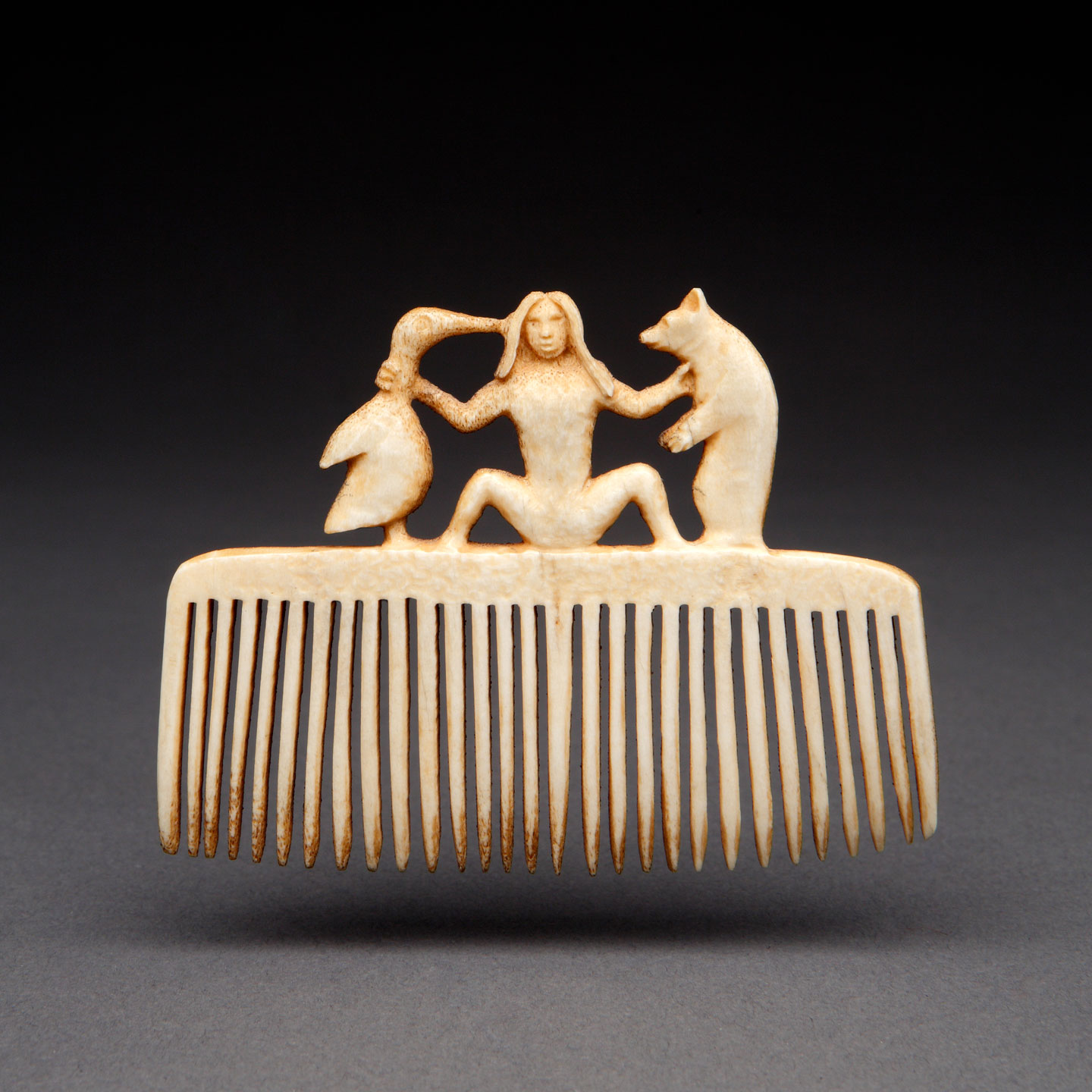