Description: This elegant figure was created in the Lake Tanganyika region of the southeastern Democratic Republic of Congo in the early 20th century. The face and body are covered with intricate skin-markings and an elaborate skull-cap hairstyle. The crisscrossing lines of scarification form triangles that may represent the moon and the cosmos. 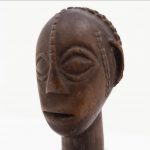 This small figure is part of an extraordinary carving tradition, with fine details of cultural expression, aesthetics, cosmology, and philosophies. The piece is a superb example of the power and importance of art to make material a culture’s deep meanings and values. Each dot representing scarification pulls the viewer deeper into the lush surface and fine patina. The woman’s expression might be read as sublime, content with her world, and her place within it.

Essential to the vitality of art is the continual renewal through the incorporation of new ideas and symbols. Tabwa art is not born in isolation, but at the crossroads of other African people along with Islam and Christianity and additional interlopers from Europe and the Middle East. The Tabwa incorporate other cultural and religious elements into their art and society as well as persevere in observing their long-standing cultural values and principles alongside these new, introduced influences. 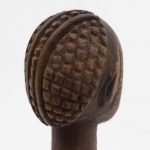 The exact types of uses of such an elegantly carved figure and how and why it was sold out of its community is unknown. Perhaps some of us may have experienced a situation with a family heirloom or possession, that while treasured and/or sentimental, seems to have increasingly less function or connection to who we are and how we represent ourselves. Indigenous peoples have a particular set of reasons why one might depart with family possessions, for example through war, colonization, or deep economic need. In addition, the Tabwa like many other of the African continent’s Indigenous populations people experienced missionization and conversion to Islam and Christianity. Some leave centuries-old, cogent religious practices and traditions by force, others by choice. 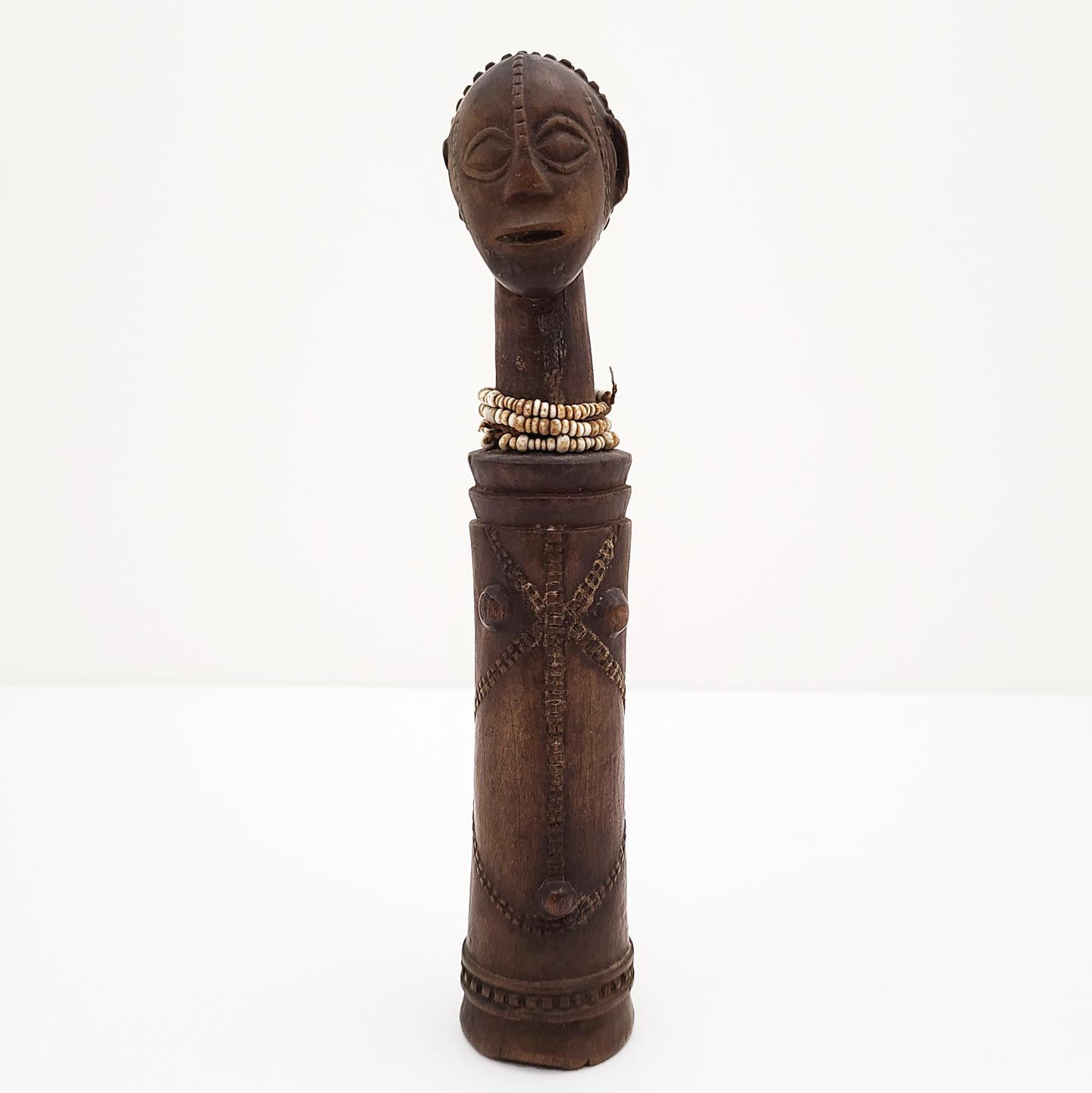