Description: Neva Rivers (Paniyagaq) (Yup’ik) was a well-known and respected maker and elder in her Cup’ik community of Hooper Bay, Alaska. Born in 1920, Rivers spoke Cup’ik, the Hooper Bay-Chevak dialect of Yup’ik, throughout her whole life. She was recognized as not only an artist and maker of bird skin parkas, 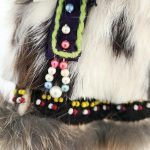 seal gut parkas, and dolls, but was also a knowledge bearer, teacher, and traditional counselor for the Yukon-Kuskokwim Health Corporation. Rivers passed away in 2012 at the age of 92. She was a resource for information on native plants, language, and making. The Alaska TV channel KYUK created a series “Waves of Wisdom” featuring Yup’ik elders discussing arts, dance, and cultural practices in Yup’ik and Cup’ik. One archival segment features Neva Rivers sewing seal gut with threads of brown seagrass while creating a parka. She speaks in Cup’ik, and the video has no subtitles, but even for those unfamiliar with the language, her process is understandable through the motion of her hands and the care she takes with every stitch.

This doll, created by Rivers around 1975, is a beautiful example of Yup’ik play dolls. These dolls, typically made for 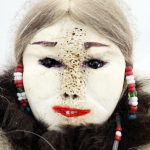 young girls by close family members, are part of the instructional play of Yup’ik childhood. The dolls wear realistic, handcrafted clothing that can be taken off and put back on. When girls are younger, the clothing would be made for them, but as they get older, the girls learn how to make parkas, mukluks, and more on a small scale. Rivers’s Doll has a face carved from whalebone with incredible detail, including eyes and teeth made from small seed beads. Her clothing is made from seal skin, gut, fur, and reindeer fur and decorated with delicate beading.

The Smithsonian Institution’s “Alaska Native Collections—Sharing Knowledge” site features comments on work from ≈elders, including Neva Rivers. In discussing dolls like the one in the Coe collection, Rivers 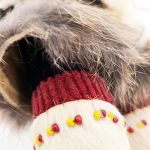 explains, “What we have learned, we do with the dolls. We let them sit down and let them pretend their sewing, pretend them she’s cooking. Irniangqerrlutek-llu [they would also have children]. Irniara-llu tunumigcitaqluku [she would let her doll have a pretend baby on its back]. That’s how we learned how to create a family. And the daddy would go out seal hunting, and she will share with the others. We make a clothes for them, practice. We learn a lot of things from the dolls.” 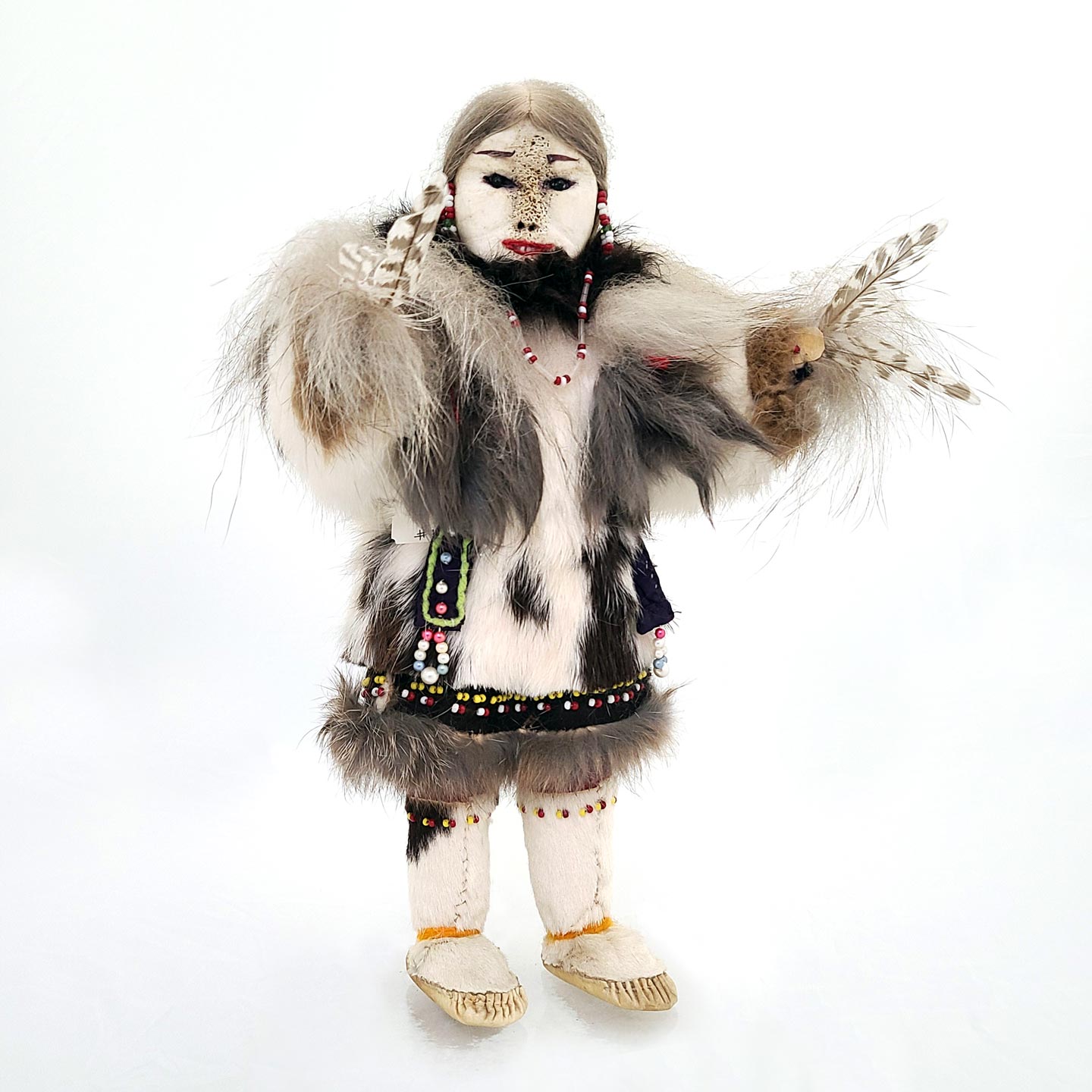