Description: Edward Reich wrote on November 9, 2015:  “This parcel contains an interior door lockset (AM0047), two interior doorknobs plates (AM0049 and AM0050), and one interior door mail slot (AM0048) less its flap; all cast in brass or bronze. The hardware was from the Rockefeller Building 1903 and 1910, Knox and Elliot architects. The building is at the northwest corner of Superior Avenue and West 6th Street, Cleveland, Ohio. 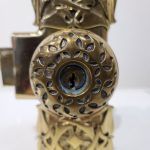 Ted Coe did his Masters thesis on this building for the degree requirement at Yale. I should think that they could provide you with a copy if there isn’t already a copy in your archives. He is considered a member of the class of 1953 at Oberlin where he got his BA degree so he was probably at Yale in 1954 or 1955.

The interior of the Rockefeller Building has been remodeled by insensitive owners and tenants over the years and original hardware has been the victim of this activity. When it hasn’t been scrapped it has wound up in antique stores which is where I found the lockset in Summit County. I found another lockset in Larchmere BL(?) about a year ago and when I told the dealer what it was I think it became part of her private collection. I don’t remember where the other pieces in this box came from, but I assume they were the results of Livvy’s [Olive Reich, his wife] and my wanderings...” 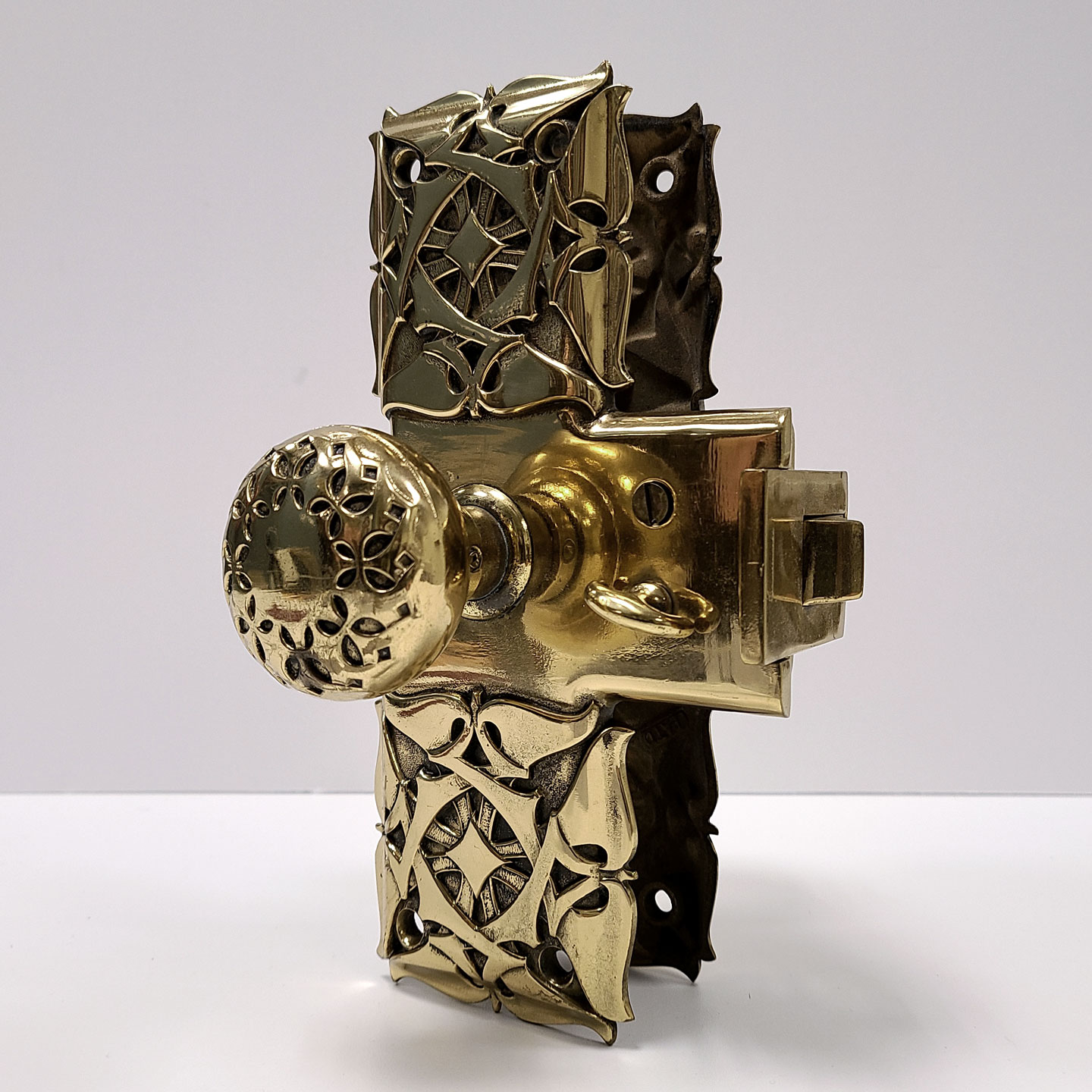