Description: Milton “Bun” Lucas (1925-1995) was from an area north of San Francisco, an area where Native lives and lands were taken through Spanish missionization and American Government policies. People were forcefully removed from lands and encouraged to modernize and forget their Native Heritage. Lucas stands as a giant in the late twentieth century, ensuring that the Indigenous people of Sonoma county would not lose their heritage and inheritance.

Disenfranchised from their lands, Lucas was instrumental in maintaining and practicing his culture through practicing and teaching Native dance and song. Within these songs are the origin narratives of Pomo and Coast Miwok peoples. Lucas’ practice of cultural traditions would help dispersed original residents focus on their culture and heritage. When the National Park Service opened Point Reyes National Seashore, Lucas played a significant role in developing and maintain the re-construction of a Lake Miwok village, Kule Loklo. He was an integral part of the cultural programming.

In the early years of the Kule Loklo dance house, built-in 1976, Lucas officiated many of the dances. He lived and was active at Kashaya, an important Pomo Reservation and vital ceremonial location.

Lucas, in this video, makes a clapper stick, used to accompany Native California dance and song. He was adamant in his teaching: “Children learning about their heritage are only learning.” Said Lucas, “They learn the songs and the dances, but they don’t feel them.” Continuing, “Children need to learn pride in their culture.” (as quoted in a local newspaper)

The figure here presents a single male dance figure known as a Shake-head and Toto Koko dancer. The English name of the dance derives from the way the dancer moves his head to activate the orange flicker feather forehead band and the two hairpins. To see a Shake-head dance click here: 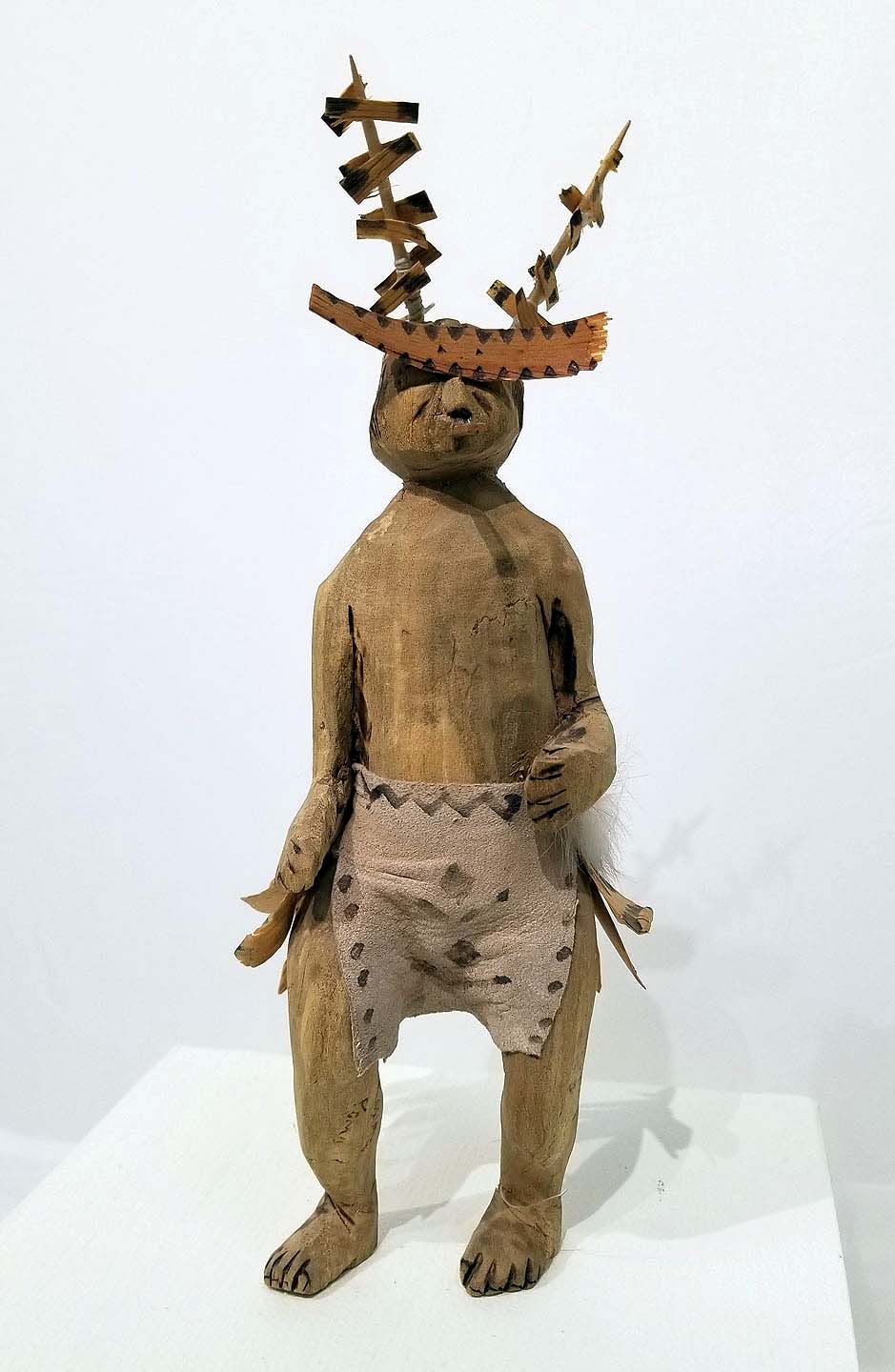