Description: This smiling frog sculpture carved by the late Walter Harris (Gitxsan) seems to be sunning with its belly up to the sky with its tongue sticking out; the refined simplicity of this work adds to its power to evoke a pure, emotional response.

Walter Harris was a leading figure in the resurgence of Northwest Coast art forms in the 1970s and ’80s and a hereditary chief of Kispoix. Ted Coe met Harris during the opening ceremonies of Coe’s exhibition of Sacred Circles: Two Thousand Years of North American Indian Art at the Nelson Gallery in Kansas City, 1977. Coe wrote about how he acquired this piece and the significance it held for him.

In 2001, however, at the Stonington Gallery in Seattle Washington, this charming and intimate sculptured frog by Walter appeared without any fan-fair in a corner hanging on the wall by itself. I was told it was carved as a demonstration piece for students, in other words, it was “off the wall”. This explains why it was so simply executed and so understated.

Sometimes things just drop in your lap and I walked off with this touching reminder, which brings to my mind all those remembrances of time spent with the Gitxsan community mostly in Hazelton, but incorporating a vivid reminder of great times past. For it was Walter Harris who deserves undying credit for bringing back a whole new generation of totem pole carving. His pupils who worked with him at the Kitanmaax School [the Gitanmaax School of Northwest Coast Indian Art], have not only learned a great deal technically but carry today the banner of NW Coast Indian art into renewed areas of cultural prominence including Europe, America, and as far away as Japan and New Zealand.  —Ted Coe 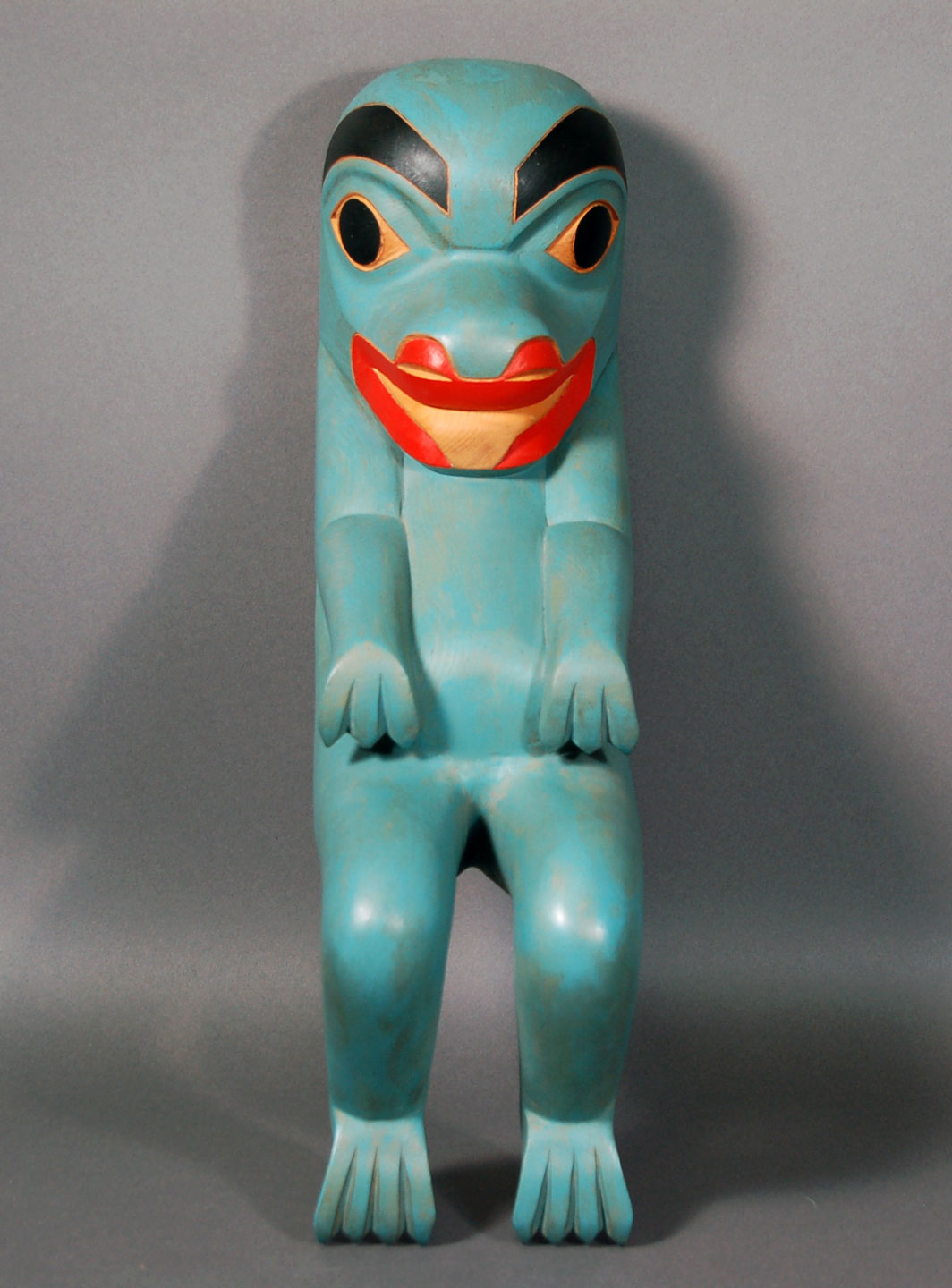