Description: The Elema people live on the long coast of Orokolo Bay in southern Papua New Guinea. The carved and painted boards depicted spirits of the bush which were also considered clan ancestors. These boards were carved by Elema men and were hung inside the ceremonial house (eravo). Hohao such as this one which depicts a whole human figure is rare. They did however, almost always prominently display the navel as it was seen as the place of origin of the clan. Ted Coe especially liked how this example showed another figure within the navel of the main figure, speculating that it possibly could represent the birth of the clan.

Gope boards were used in the men’s house to contain the evil spirits of powerful ancestors who want to inhabit a living body. Rarely does a fully detailed figure represent the navel of a certain clan, but this one does. Pictured is the grandfather with the baby in his stomach. The grandfather was the creator of the tribe, which really stuck out because it’s usually a woman in most cultures who is the first being. —Ashlyn Lavato (Santa Clara Pueblo), Hands-On Student Curator, 2018 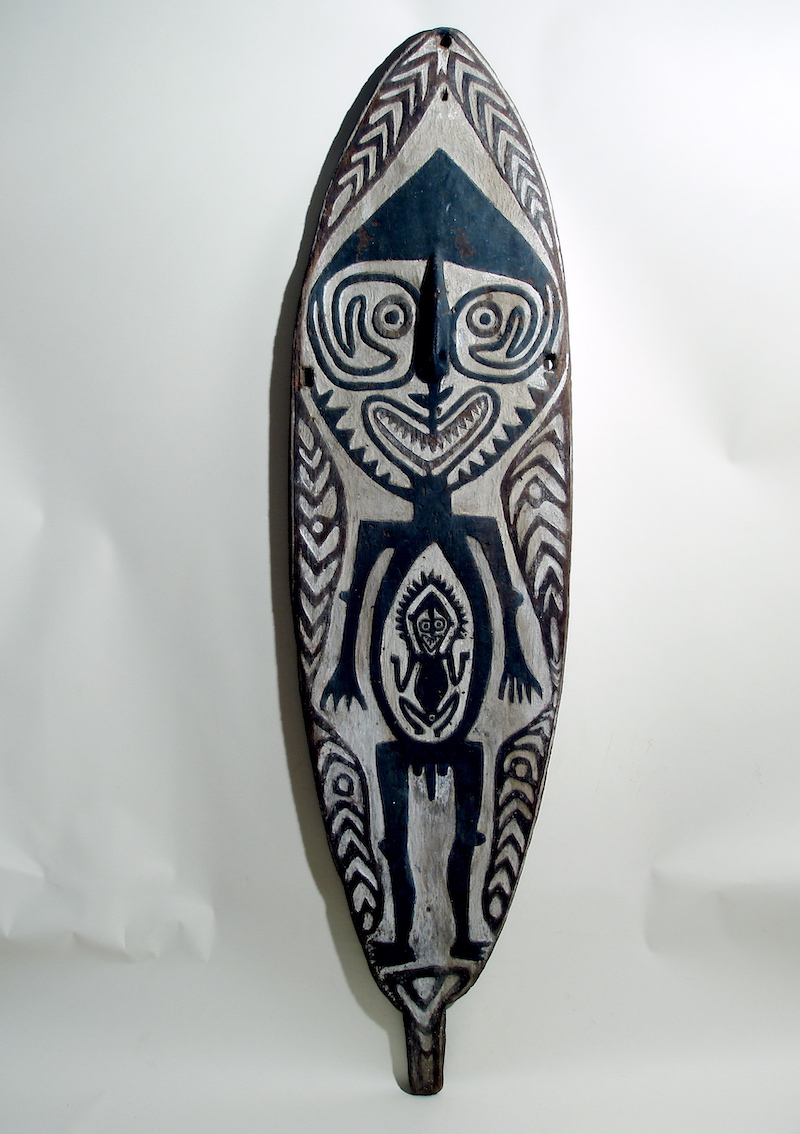