Description: There is something about the Pacific Ocean that brings together levels of knowledge we as a society today may never comprehend. This gigantic water-being has seen and heard an overflowing generation of Indigenous stories. Today western theories of the peopling of the Americas have linked the ocean as an entity 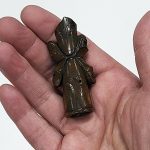 that has accompanied the movement of peoples for thousands of years.  Some say through the Bering Strait; others say through the crossover of oceans from the Pacific Islands; and yet still, others mention the coastal migration northwards and onwards from today’s Monte Verde, Chile. Perhaps it was all these theories. Perhaps there are other theories yet to be discovered. Or perhaps it was none of them, and the families were always there- like the Pacific Ocean. But one thing we know for sure: They were not alone. Many stories shared, many adventures traveled, many movements and settlements experienced… Yes, the Pacific Ocean is a friend of the First Nations, and layers of depth, stories, and theories, have been stored in her cobalt blue waters.

The lands we now know as the Bering Sea were linked to a large landmass during the last glacial period, c. 115,000–c. 11,700 years ago. Evidence suggests that humans survived the last glacial period by living in areas far away from dense forest ecosystems, but rather in sparsely wooded lands. The people lived in coexistence with the sea and ocean spirits. The land mass area extended across expansive shrub tundra territories where families would settle and live. One story says that when it was time, and waters were on the rise, people began to cross the lands of what we know of as the Bering strait, or what we know today as the “Bering land bridge.”

Much of what has been found from the Old Okvik—Bering Sea Culture  (200 BCE-500 CE) seems to have stemmed from a culture highly skilled in hunting. Some of the earliest excavation sites discovered revealed sealing and whaling harpoon heads, such as this small one, found in the Okvik site of the Puknuck islands. Archeologists have found many objects to have had wings carved into them, such as this harpoon ivory object held in the Coe collection. Harpoon heads could have been highly 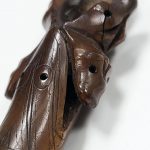 valued for the owner and kept as good luck omens to receive abundance from the ocean spirits. Much like the concept of the Inua Spirit in Inuit culture, this harpoon may have been a being. A fairy harpoon, perhaps, that flew at all their might to make the catch.

One cannot be too certain of the origins of this beautifully delicately made piece. Who made it? Who carved the drawings? What was her or his story? Where was home?

This harpoon head was used for hunting by attaching the actual harpoon to aid in its throwing. Sized to fit the palm of one’s hand, it is likely made of walrus tusk-like many other harpoons made during the Bering Sea Culture. Like many objects made artisanally by hunter tribes and bands, these pieces were exceptionally useful, and therefore precious to the user. The objects found on the Okvik site were uniquely delicate, with fine thin carved lines, curved spiraled formations, and punctured holes as if to represent eyes. One could interpret its existence to the hunter as a living being, breathing and seeing the outer world, to be able to protect the hunter from their expeditions, and generate abundance in their catches.

The Okvik site at the Punuk Islands was a discovery made by Otto Geist, whose archeological collection can today be found at the University of Alaska. The Okvik culture may be representative of prehistoric Arctic culture, said to have emerged about 2000 years ago. However, much research is still needed to fully comprehend who 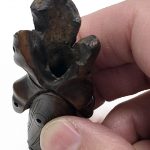 were the people at the Okvik site and their exact ancestral connection to today´s Inuit People. What is not clear is whether these unique art pieces excavated were of Siberian or Native American origin and from where the Okvik site people came from. However, according to archeologists, there are tendencies of the Okvik art that primarily reflect a Siberian aesthetic. This aesthetic disappears after the Thule period, and is therefore distinctive and unusual.

Hooooiiieeetthhhsshhhhh….If one were to hear closely, perhaps the Arctic winds could be heard whistling, sounds much like how this fairy harpoon would have taken flight, like the katajjaq, to a tune of an ancient music melody… 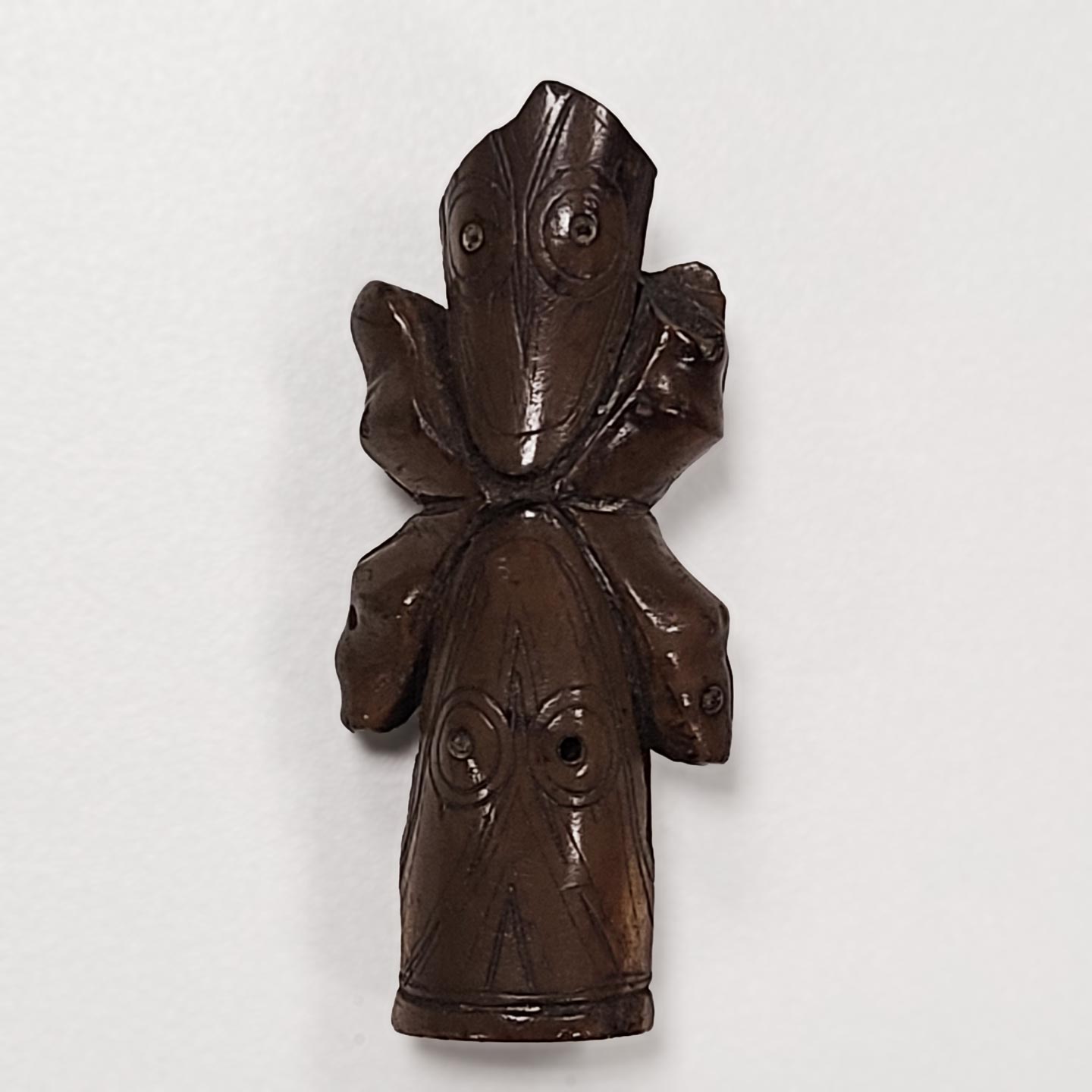