Believed to be worn by a shaman, this Huichol hat demonstrates the sense of security, peace, and sturdiness required to perform rituals and ceremonies in the Wixacara culture. Its orange silk fabric rim reinforces its delicate borders to withstand the test of time. Four bright green pom-poms rest on the edges, while one bright red-colored one sits on top of the crown. It was made with vegetable fibers with squirrel tails, feathers, yarn, and ribbon, bringing the object to life. The Huichol mara’akáme (Shaman) hat is the ideal complement to generate an outfit of style. Artist Julio Villa Ramirez made this particular hat around 1982-87. It was purchased by collector Edward J. Guarino who later donated it to the Coe.

Huichol art is a form of writing since the Huichol people began to tell us their stories and myths through their creations. In each handicraft, the Huichol artist leaves a remnant of their life. “The gift of seeing,” or nierika, is the visionary quest in the Huichol religion. This art journey is the work of various artists or artisans who follow ritual paths, leaving parts of their search for expression and channeling knowledge between spiritual dimensions. Living in their homeland’s deserts enables them to encounter spirits not their own and to communicate with the essence of life and the earth.

The Huichol culture encompasses such vibrancy and enigmatic beauty that the wearer of the hat, most likely the Shaman, takes us through colorful mythical paths and bringing us closer to the beginning of time. Trust and confidence are required. Still, it is not only about Huichol myths that Huichol artists draw in the Huichol religion. Huichol artists draw upon real life, which gives just as much meaning to the currently existing world.. Huichol art is an expression of gratitude  for the visionary experience of the Huichol Shaman and his effort to obtain the nierika or “gift of seeing” to communicate oracles and divinities. Thus, for the Huichol, their artistic creation has a cosmogonic dimension. 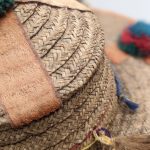 Every year, from October to March, the Huichol people make a pilgrimage from their communities in western Mexico to the Wirikuta desert. The Shaman uses Wixárika peyote or hikuri, central to their culture, to heal the soul and cleanse the spirit. The mara’akáme and the hikuritamete (peyote collectors) travel while wearing these hats to protect them from the sun. During the journey, they only drink water and do not speak. They remain in a state of contemplation. They climb the Cerro del Quemado in Real de Catorce, the place where the sun rises after defeating the nocturnal animals and the monsters of the underworld. In the Huichol culture, the hikuritamete must purify themselves to connect with the spirit world. To do so, they confess their distractions and temptations while being encouraged not to hold back. But there is no guilt in their confession: amid laughter and mockery, spirits receive their admissions. They purify themselves. They connect with their inner self; they can observe their past and detect what is harming them.

At last, they connect with the sacred blue deer who guides them to the peyote, which encompasses the elements of fire, water, air, and earth. It is said that even their footprints became peyotes, which the gatherers take back to their village. They feed themselves with it and heal their illnesses and spirit. From the original journey to the present, the Huicholes make pilgrimages from their place of origin to Wirikuta to recreate the deer chase and ask for rain, sustenance, and health for their people. 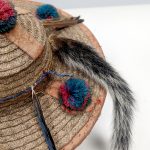 For the Huichol people, the world possesses a sacred dimension. The mara’akame penetrates this dimension through dreaming, establishing a nexus between the world of the gods and the profane. Afterward, the mara’akáme watches the horizon searching for the blue deer. If he does not see it, the group must return empty-handed. If he manages to recognize the mythical animal, he offers the other members a piece of peyote to chew and an authorization for them to collect it in the desert. The pilgrimage culminates with the sunrise; the Huicholes thank their ancestors and gods and return to the camp to perform a ceremony of gratitude for the protection received in their search for the hikuri, which they will consume during the night. All this occurs while the mara’akame wears his hat.

Art expresses the importance of the Huichol sacred world and its intrinsic relationship with the Huichol way of life. Huichol handicrafts that are not oriented to commercial purposes are created to narrate the diverse religious experiences of the Huichol. The artworks transform themselves, such as this Shaman’s hat, into becoming fantastic pieces of beautiful colors and unimaginable figures that can only be conceived in the mind of the Huichol artist. In other words, Nature and Earth are filled with such effervescence as communicated by the hikuri that only then does its expression vibrate through in these creations.

Today, the Huicholes continue to fight for their culture and protect the peyote. Despite centuries of struggle to preserve their territory and cosmogony, the Huichol realized that the magnitude of the territorial conflict, the pressure, and the fear of losing their land, was such that they would not be able to face it alone. The Huichol community decided to open to the world and reveal their sacred practices in defense of their ancestral path to the birth of their sun god against the dozens of mining concessions granted by the Mexican government to foreign industries. 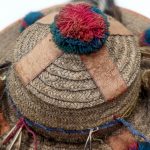 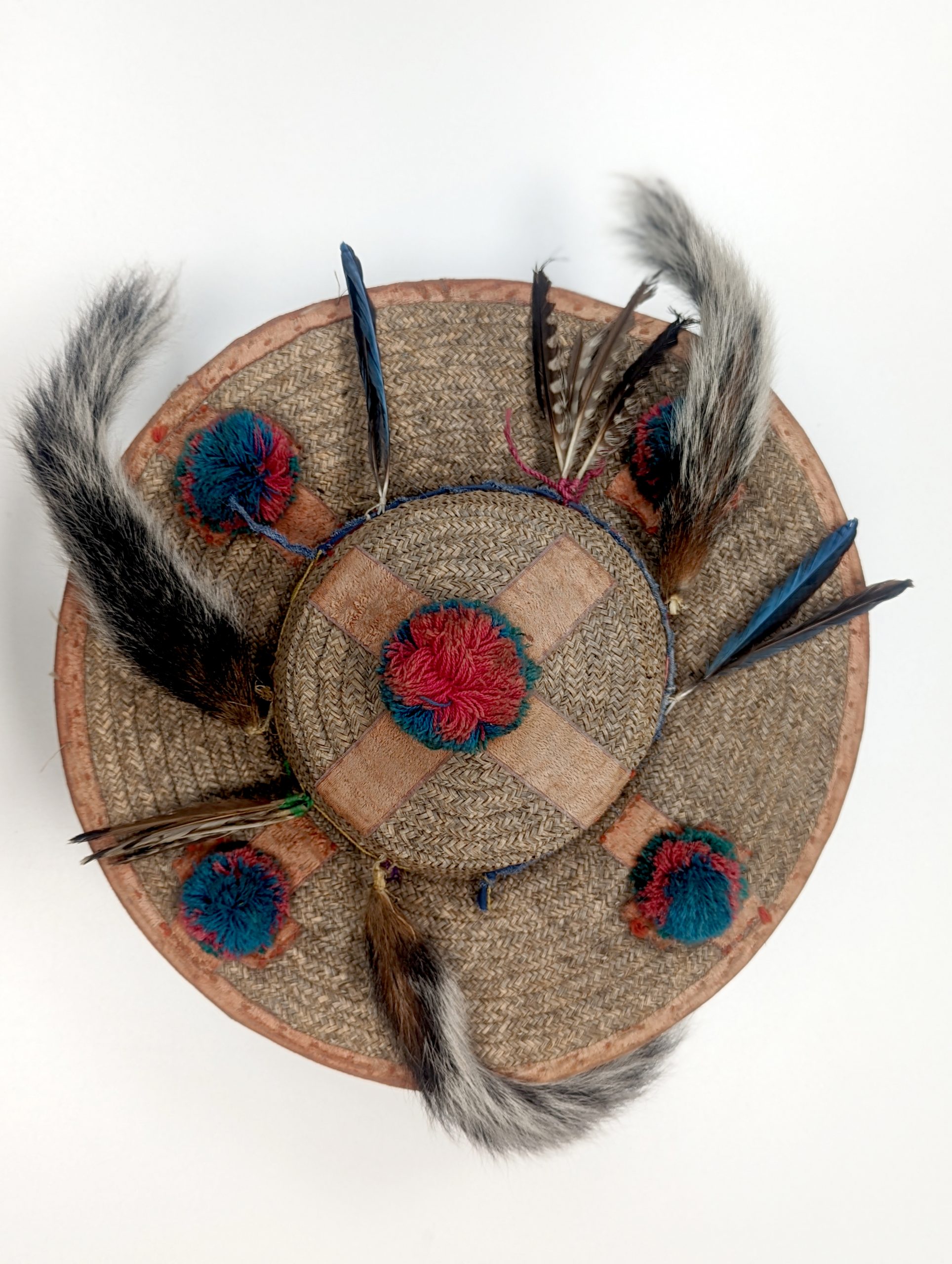