Description: The Ekoi, also known as Ejagham, are from the southeastern region of Nigeria; they are a large ethnic group consisting of several tribes and nation-states. They originated the art of skin-covered wooden masks and headdresses. The wood is carved, and, while the skin is wet it is stretched over the wood form. As the skin dries the two materials work as one. These dramatic and one-of-kind pieces of often display impressive coiffures resembling horns and were worn attached to the top of the head and danced in ceremonies. The headdresses are used by the Ekpe (or Egbo, Ibibio for Leopard), a secret men’s society still practiced in southeastern Nigeria as well as in diaspora in Cuba other Caribbean nations. This one was owned and danced by the members of the men’s association, the Nsikpe.

Ted Coe purchased this in 1956 after he had completed a course at Yale in African Tribal Art. He remembers when he saw it for the first time in the Julius Carlebach gallery in New York City, saying it “…knocked me out on the spot!” It was featured in the 1958 film, “Bell, Book and Candle” with Kim Novak and James Stewart. 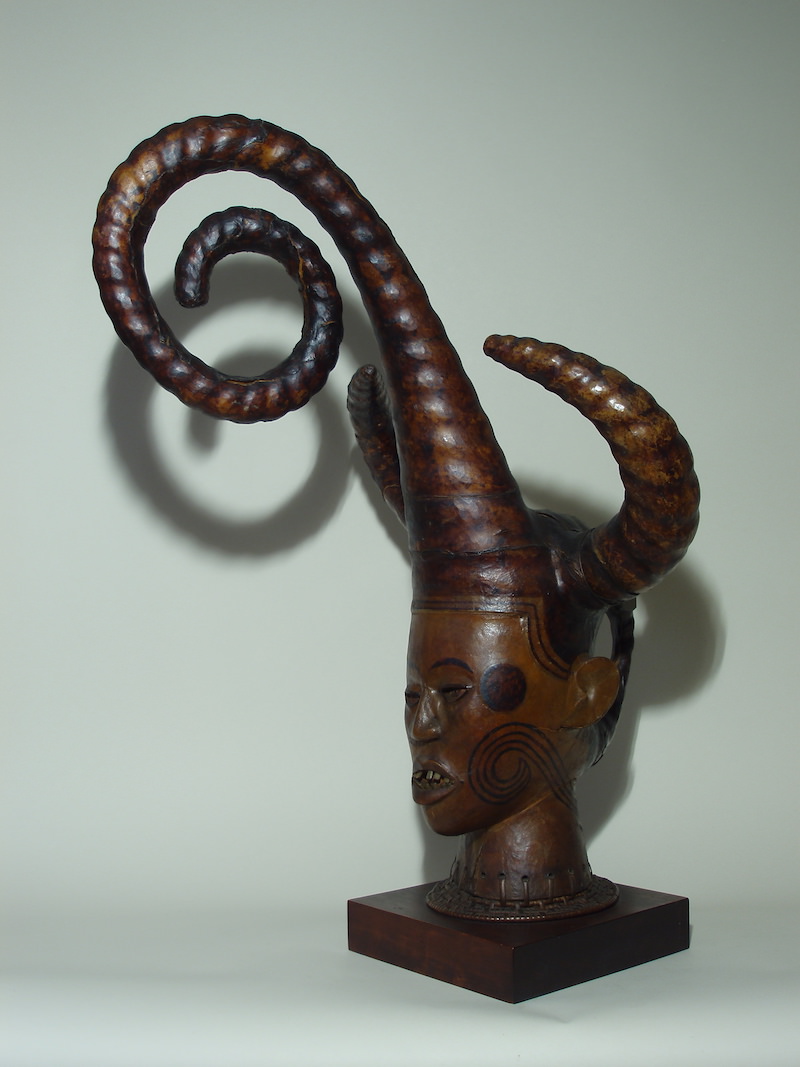