Description: Although tall and slender, don’t let its looks mislead you. Ted was drawn to this powerful tool for a reason.

With one quick strong swing, this knob can knock anyone down. Zulu warriors were known to have carried this handy friend with 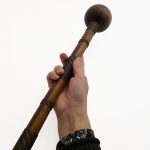 them for hunting, protection, and fighting, though it was also used as a weapon by many other tribes in Southern Africa. The iwisa club, along with the stabbing ikiwa spear, were vital weapons for the Zulu warrior; knowing how to handle and when, required extra practice and strength—both physically and mentally.

To make an iwisa club required expert craftmanship and patience, a practice not suitable for the feeble. Extracted from a specific tree—most likely ironwood (olea capensis), with the world’s heaviest and hardest wood—its sap was the secret to its formation. Enwrapping the freshly carved stick with this magic goo acts as the glue to ensure sturdiness and longevity, leaving a beautifully varnished finish. At times, the sap would dry after one or two months. Other times, it would take up to a year. Once dried, the stick had become an iwisa.

In the early nineteenth century, the Zulu Kingdom was known to be the home of the legendary warrior Shaka Zulu who built an army of Zulu warriors or amabutho, and expanded his territory and tribal alliances across many lands in today South Africa. It is said that through his art of war, he was able to proficiently handle the iwisa and ikiwa and mightily make his way through battlegrounds along with his army, defeating his enemies and conquering all who stood in his way with creative tactics and maneuvers.

The British had their eyes set on Zulu lands in the 1800s, but as soon as their red coats started appearing the Zulu King, Cetshwayo, stood his ground. Yet, the British, eager to move forward with their colonization plans mainly for resources, were encroaching Zululand and finally, in 1879, invaded. 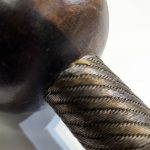 March slowly, attack at dawn and eat up the red soldiers were Zulu King Cetshwayo’s orders to his troops during the Battle of Isandhlwana in 1879. This battle was famous for the defeat of the British in their first attack against the Zululand. In later attacks, alas, led to British reinforcements and the loss of hope for peace for the King, resulting in the Zulus’ defeat in the Battle of Ulundi a few months later.

Despite their loss, the British built a memorial for the Zulus in memory of their bravery. Standing one’s ground, much as King Cetshwayo had, is what is today is considered characteristically Zulu—the largest Nation in South Africa. Over the next decades, the Zulus endured through one of the hardest periods of their history under continued colonization and apartheid. Their homelands were restricted to KwaZulu, a semi-independent bantustan under the South African apartheid government.

The iwisa club and ikiwa spear endured along with their owners and the endemic states of war and societal conflicts up until today. In many southern African cultures, it was said that the spirit of their ancestors is channeled through their weapons to provide the guidance and aid needed when in battle. Yet, when not fighting, the iwisa becomes a comforting companion for the Zulu South African. Not acknowledging Zulu tribal history and a reminder of South Africa’s colonial past, the term most used is “knobkerrie,” in reference to the Afrikaner word “knob” or ball, combined with the San tribe word “kirri” or walking stick. However, despite these tensions, we see hope on today’s South African coat of arms, meaning “Diverse People Unite”: two individuals within a shield, with a spear crossed in unison with none other than the Knobkerrie.

One knows if they are worthy of holding this emblematic item. At times debonair, with an air of intellect and wisdom, the individual holding the Knobkerrie represents authority, leadership, and power, even if only used as a walking stick. It makes one wonder who the original owner of this Knobkerrie could have been…Perhaps Ted was curious as well. 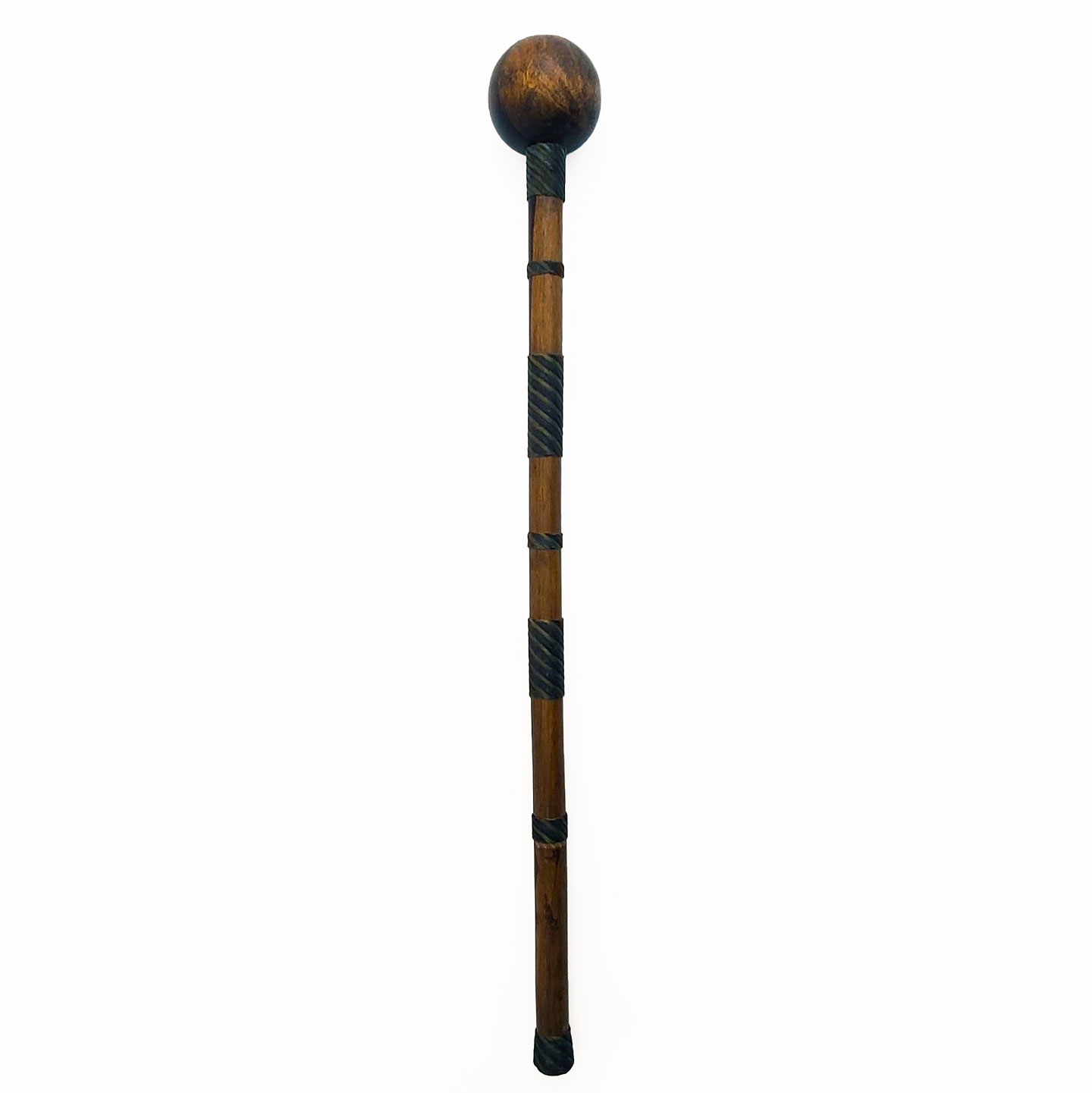