Description: “The multiple curvilinear designs, which grace this jar, in effect, create layers of interlocking rainbows, which answer only to her aesthetic. In the beginning, she experimented with designs that were her own inspiration.”   —Ted Coe

The jar by Gladys Paquin expresses repetition and consistency in her beautiful and bold bands that create layers of interlocking rainbows. The balance between the warm natural colors and the perfection of the lines shows the hard work and personal aesthetic Gladys embeds into her work. Her jar makes one think of summertime and even the early work of Frank Stella with his large curvilinear bands.

Gladys Paquin (Sratyu’we) is a distinguished potter from Laguna Pueblo. She was, however, raised in Santa Ana Pueblo, the village of her stepmother. Gladys has also won several awards for her work at the Santa Fe Indian Market (SWAIA), as well as other art markets and shows. She lived in California with her husband and children for twenty-seven years before moving back to Laguna Pueblo, the village of her mother. It was during this time that she began to explore making pottery.

Gladys did not come from a family of potters. Her father, from Zuni, and other relatives have always been silversmiths. After years of being self-taught through trial and error, hard work, and research in institutions which house pottery collections, she became one of the best-known potters from Laguna, and who taught some of the great Laguna potters of today like her son Andrew Padilla.

In the Coe’s object folder for this jar, there is a newspaper article from 1996 in the Santa Fe New Mexican Pasatiempo about Gladys, where she shares the learning process of pottery making. She explained that the clay can be “moody” meaning the clay doesn’t come out the same every time.

Bruce Bernstein shared a great story about Gladys. He stated, when there was an exhibition at the Museum of Indian Arts and Culture, there was a banner hanging outside of the building that had Gladys’ work printed on it, which she later asked to keep, and of course, it was happily given to her. When she returned home with the banner, she used it as part of the roof for her ramada, with the image of her work facing toward the sky that was perhaps seen by overflying aircraft. 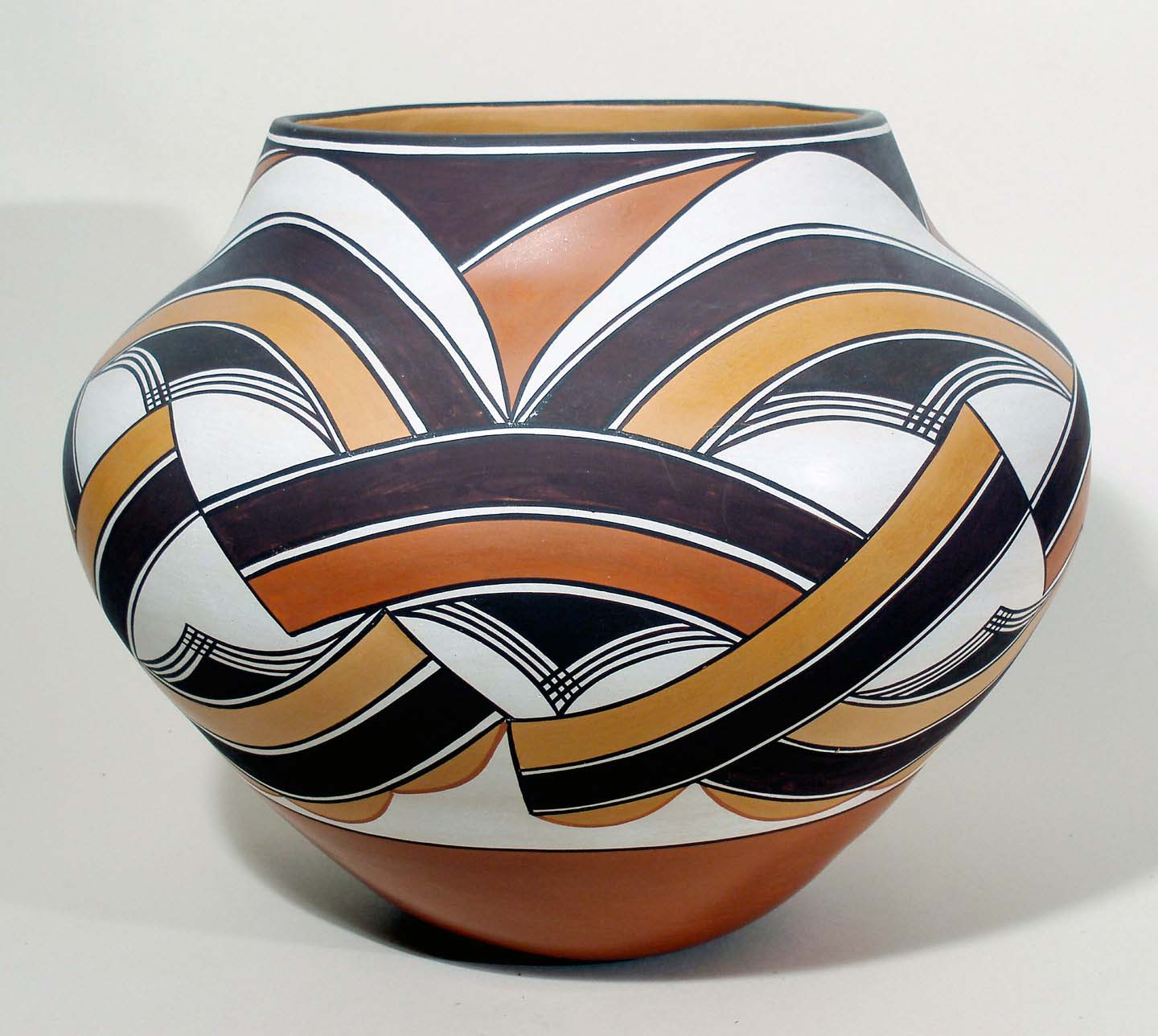