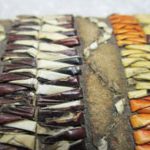 Description: This rare sheath with its original knife and the quilled knife handle still intact is extraordinary. The original blade bears a stamp that is markedly close to a knife and sheath the was at one time in the Wellington Collection dated c. 1780, but which could well be earlier (Pleasing the Spirits, Ewing, p. 150).

Four pairs of thunderbirds are represented in wrapped quillwork on the knife handle. The quillwork on the case is single-faced. There are six zones of overlay quillwork, horizontally oriented, with six intervening registers with wavy lines of quillwork to provide design relief. There is a descending pattern of organization as the horizontally grouped zones of quillwork alternate in a three-two-three-two-three-two design layout, separated by the previously mentioned wavy lines. The dyes are of natural origin and the quillwork is sinew-sewn throughout. A single, quilled drop with tinkler is suspended from the braided top of the knife handle. The damaged crown probably held several additional quilled drops, once conveying an extraordinary hinged effect, not unlike a long hanging fringe which would have semi-concealed the thunderbirds. 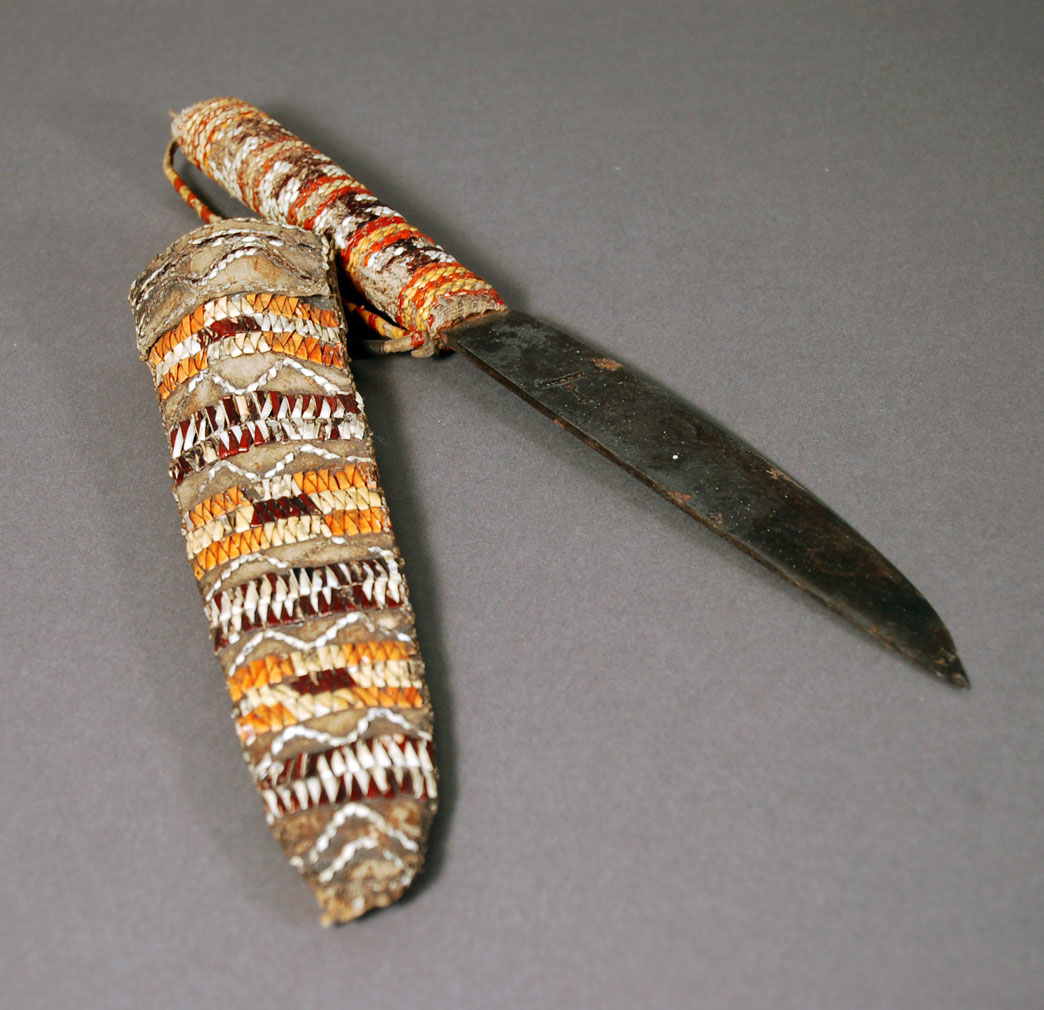