Description: Lacrosse is the true American game, invented and played in North American long before the arrival of Europeans. Ho-Chunk lacrosse plays significant roles in religious life and in maintaining community identity and traditions. It is more than a game or sport; rather, it has great spiritual origins and meanings to the Ho-Chunk, its core values helping sustain community identity and keeping traditions alive. Ho-Chunk call lacrosse the “Creator’s Game” because of its profound spiritual origins and meanings. 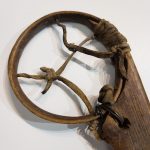 Lacrosse sticks like this one are made from a single piece of wood that is carved and then steamed, boiled, and bent to create the circular shape. Other North American Indigenous lacrosse sticks are usually “U” shaped.  Historically, lacrosse was played with a wooden or stitched together leather ball.

The stick is like an extension of the player’s arm; the extra length acts as a lever, allowing the thrower to impart force to the ball over a longer distance, thus generating more energy and ultimately higher speeds. Players use the lacrosse stick to carry, pass, and shoot the ball into the goal. Playing requires great teamwork and trust in your fellow players. Clearly, using the shallow basket at the head of the Ho-Chunk traditional stick requires great skill. It is a boisterous game.

Lacrosse games were grand events, and they were not necessarily a “game” in the same sense that we think of today. While it was played for recreation and ceremonial purposes, lacrosse could also be used to determine wealth, land, or social status. It was frequently used as a substitute for war.

Lacrosse continues to be highly valued in Native communities. Frank Brown (Seneca) a professional lacrosse player, tells us about the continuing importance of playing lacrosse “the right way”:

One elder, who is no longer with us today, would always say, “play the game the way it’s supposed to be played.” A saying common in our communities is “good medicine,” often referring to the game of lacrosse. We play for the strength of our people. Joy, passion, struggle, and triumph are as vital to the betterment of our community as it is to a lacrosse match. To this day, there’s no better gratification than making a play that gets rise out of the people sitting behind the net at Gil Lay Memoria-00l, Bally Huff Arena and ACC. 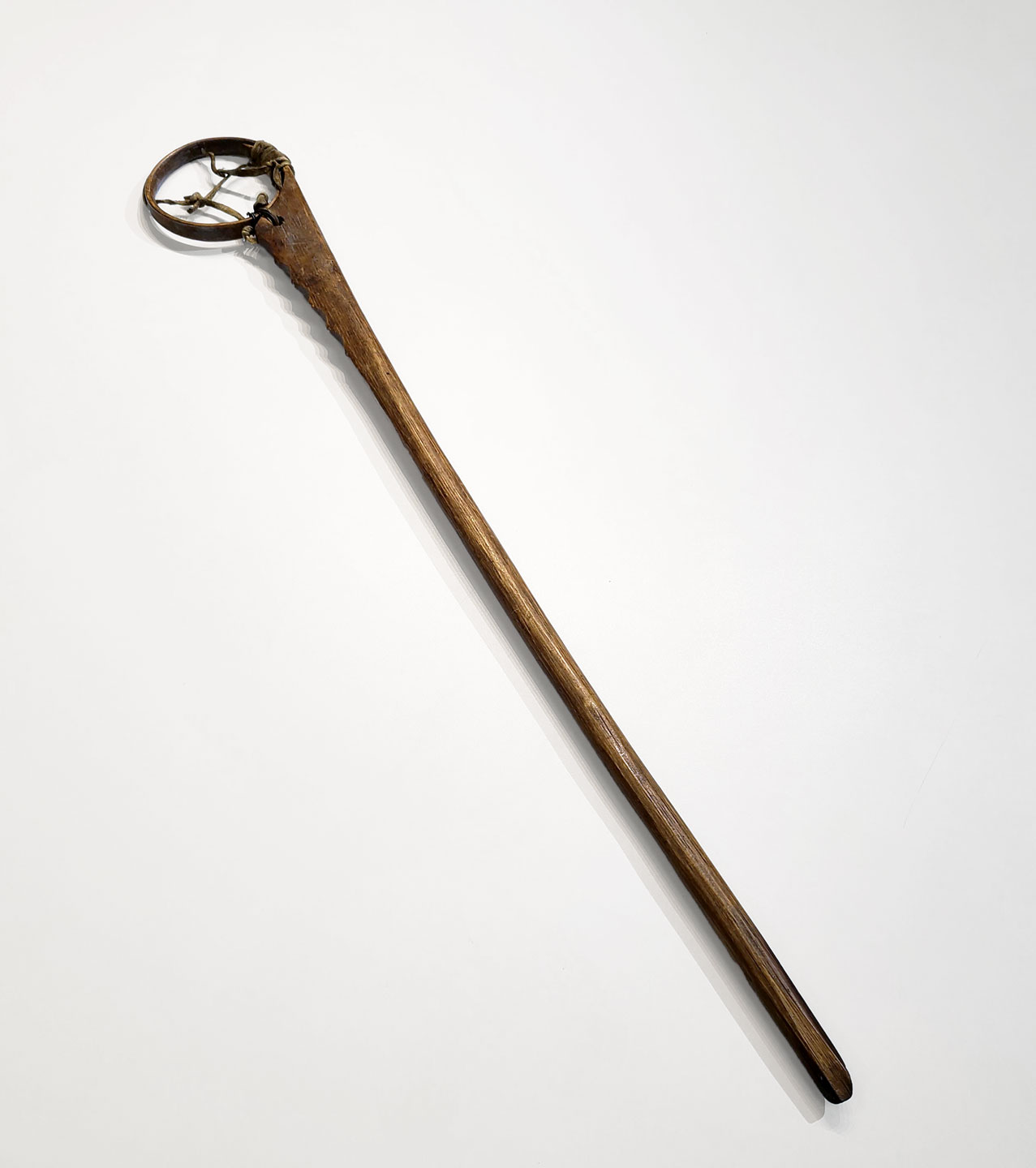