Description: This incredible Kuba mask is a mukyeem mask, a form distinguished by the trunk-like protuberance from the figure’s head. The trunk’s presence, a reference to elephants, links the figure to the power and esteem of the large animals in the region. This 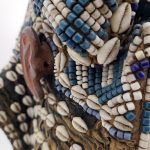 mask, adorned with cowrie shells, beads, raffia, and carved wooden human facial features—ears, nose, and mouth, would have been worn during initiation or funerary ceremonies. These masks, linked to the elephant’s power, are related to the origin story of the Kuba.

The Kuba Kingdom is a conglomerate of smaller, ethnically diverse, Bushongo-speaking principalities that was first centralized around 1625 in what is now known as the Democratic Republic of Congo. Long-standing political stability and wealth secured through agriculture and iron production resulted in a history of rich cultural production and artistic innovation. Europeans did not reach the Kuba kingdom until the 1880s, and because of their relative isolation, it is thought that the slave trade less severely impacted them. Although the isolated region may have escaped some of the cruelty of slavery, Belgian colonization was a swift, violent, and oppressive force. Under the false guise of philanthropy and humanitarian work, Belgium occupied what they called the “Congo Free State” from 1909 until 1960. During that time, they brutally plundered the land and the people in aggressive actions of extraction of minerals, ivory, 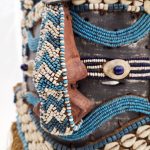 and rubber through forced labor, enslavement, and child colonies. The Kuba kingdom was deeply affected by this era of colonization. However, the kingdom has maintained its central ties and cultural traditions and remains today as one of Africa’s oldest kingdoms. The elite status of Kuba kings and their histories are reflected in many of the art and cultural forms still created today, like this mukyeem mask.

Much like the Isabel John weaving (NA1155), this incredible mask will benefit immensely from a retrofitting of our open collections so that it can be presented in a more stable and accessible manner. 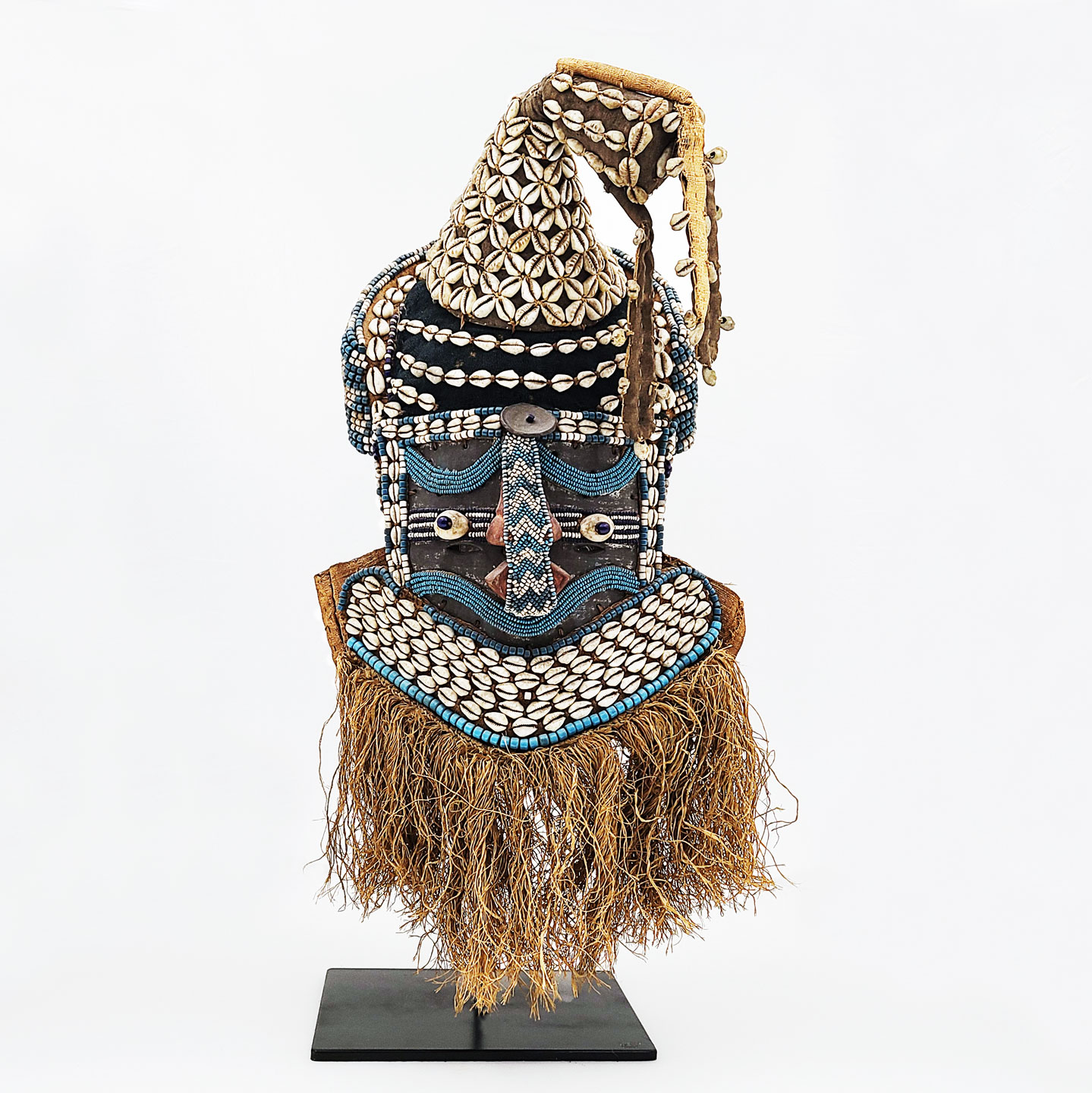