Description: The Gelede, a men’s association honoring the special powers of women, holds it principal festival at the time of planting. The women referred to as “our mothers” in the Gelede festival are considered to have powers that can be either creative or destructive.”(Robbins and Nooter, “African Art in American Collections”, Smithsonian Institution Press, 1989, p. 231-2)

This wooden headdress is a superb example of an art form. It is typical of what Western museums and galleries display to represent Gelede, a festival involving a lavish display of wooden and cloth garments, dance, music, singing, and drama performed to amuse, inspire, and educate the viewers, who are also integrated into the performances. The Gelede masks and performances are also a way to send messages of compassion and solidarity. (watch a 2017 celebration here)

The annual festival is in veneration of the society’s powerful older women and solicits their benevolence to ensure the community’s prosperity. Poignantly, men are masked performers who wear the Gelede headdresses that venerate and honor female status.

The wooden helmet is worn on top of the head, with a veil covering the dancer’s face. The headdress is generally carved in two parts, the lower part often with the form of a human face and the upper part often with an elaborate coiffure.

Carved on this headdress is an idealized Yoruba feminine face. Its expression is serene, the calm look reflecting the cool character of elderly females, who are thought to conceal their power under a cloak of humility, patience, care, and obliviousness. The face has big wide-open eyes, female lips, and vertical scarification lines on the chin and cheeks, which are a typical tribal mark among the Yoruba people. The pupils and nostrils are roughly pierced with circular holes. The protruding chin adds expressiveness to the mask.

There is a universal beauty to this headdress that we can easily appreciate. But the Yoruba critic might judge its beauty within the context of the dancer’s mixed-media ensemble that includes fabric, beads, seeds, bones, and other sculptural pieces attached to various parts of the dancer’s body. 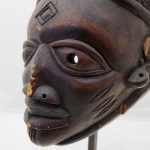 Twenty-one million Yoruba peoples primarily live in the West African countries of Nigeria and Benin. Another 26 million Yoruba are part of their great diaspora to Europe and the Americas, which was partially the result of people abducted as slaves.

While an undergraduate at Oberlin College in the late 1950s, Ted visited the recently opened J.J. Klejman Gallery in New York City. Klejman’s gallery would become one of the most influential galleries for antiquities and what was then, unfortunately, classified as “primitive arts” in the United States. They sold works originating from Africa, which he had obtained from European collectors, dealers, and former colonial administrators. Klejman was part of a competitive but collegial circle of émigré dealers on and near Madison Avenue that Ted often visited, particularly Julius Carlebach. This set of post-war antiquities dealers opened American eyes to the beauty and cultures of objects sold in their galleries.

Ted purchased two objects from Klejman, a pair of Dahomey lions, and the Yoruba Gelede headdress.

Ted recalled in 2010 that he was told by Charles Parkhurst, at Oberlin College, one of his teachers and mentors while an undergraduate at Oberlin College (as well as one of World War II’s Monument Men) to go check out a newly arrived New York dealer on west 56th street called J. J. Klejman. To this day I remember climbing up the stair to the mezzanine floor and being electrified by the “zoo” of ethnology that I was looking at through the windows into the gallery. I entered the gallery whereupon I met Mr. and Mrs. Klejman, the proprietors, and looked around the large room and noticed a pair of Dohoney lions that stuck in my mind. So, after leaving the gallery, I rushed home and told my mother what I saw and convinced her to buy the superb pair as a Christmas present for my father and mother. It was a complete surprise to my father. Sometime later, I went back to J.J. Klejman’s and bought this Yoruba Gelede mask for $180. [My father] hung it on the living room wall where it stayed until his death in 1959 (seen in 1959 photo of Coe home, illustrated in The Responsive Eye: Ralph T. Coe and the Collecting of American Indian Art, exhibition catalog, The Metropolitan Museum of Art, New York, New York, September 9, 2003-December 14, 2003.)

Upon Ted’s father’s death, the Dahomey lions were given in his memory to the Cleveland Museum of Art, and Ted Coe inherited the headdress in 1959. 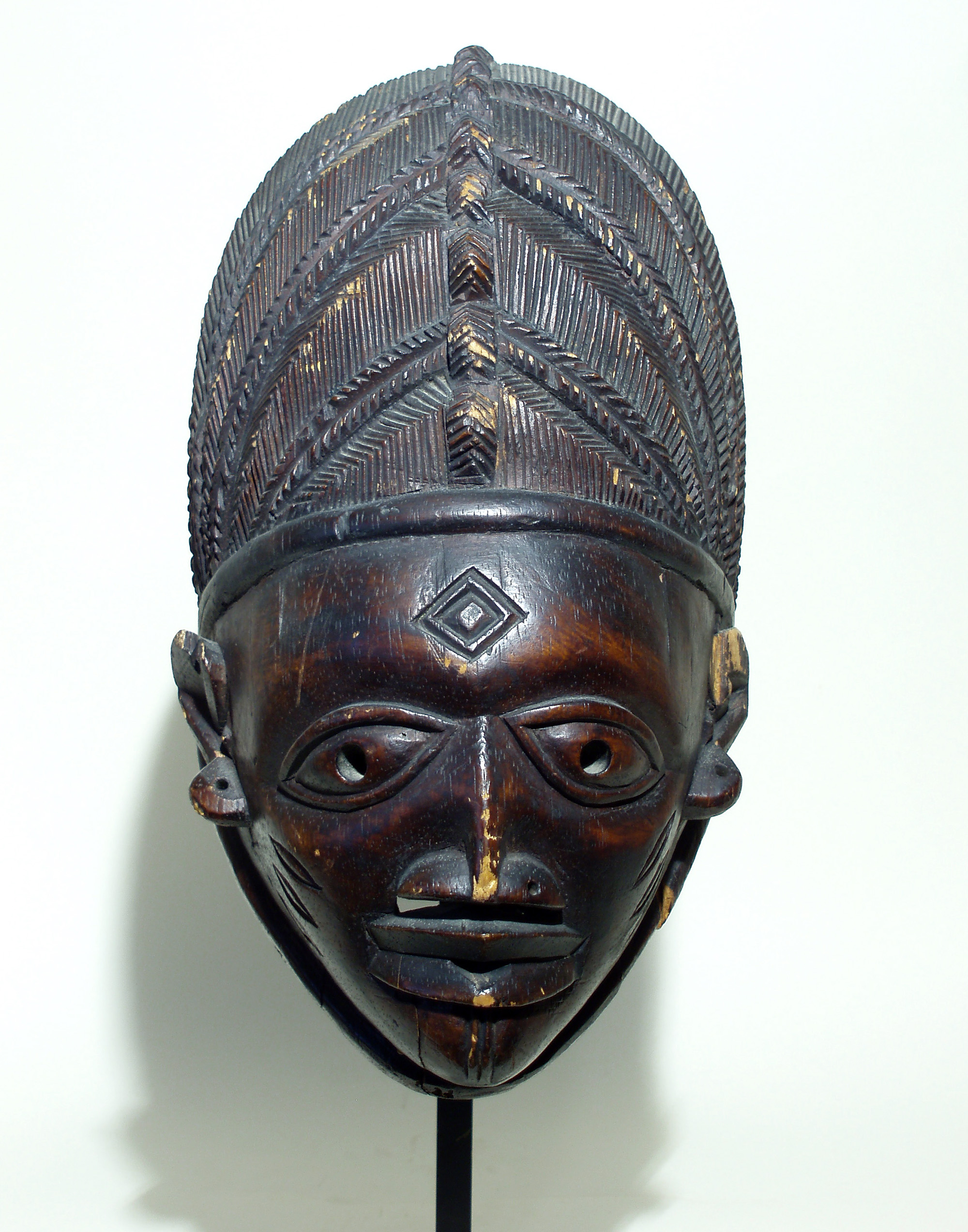