Description: The Path of Corn: Scrtch…scrtch…scrtch… Sweat rolls down her face as her arms push the rock against the jaguar´s stone back, grinding the cooked maize kernels further into a fine pasty purple pulp. Ocean waves can be heard in the background, a faint sweet scent from a nearby papaya tree, sun shining bright, as she pushes the kernels further into the metate. With the fire steadily burning low, fresh seafood or 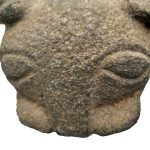 mariscos brought from a recent fishing trip will certainly complete the menu with the corn tortillas. Her diet, based on corn, beans, squash, fishing, hunting wild animals, and many more foods, were typical of these abundant tropical lands. Meanwhile, the stone jaguar keenly approves with its large oval eyes gazing from across the fire pit. Its small rounded ears are listening to the fire on the hearth; its large semicircle nostrils are inhaling mouth-watering smells; as its protruding jaws and upper lip part showing teeth drawn inside, as if letting out a long sawing roar sound before a meal or a kill.

From the looks of this particularly worn metate, the embellished jaguar head and its raised platform on three pegged legs demonstrate a certain ceremonial purpose, possibly made out of volcanic stone, as commonly found in the rich Nicoya cultures during this time period. For this purpose, it may have been made to accompany the deceased into the afterlife or used to make delectable, fermented corn drinks for sacred ceremonies. Some say the “Nicoya” name comes from the Nahuatl word to summon Tezcatlipoca, their god of night, represented by the sacred jaguar—as seen as the headpiece of this burnished piece. The archetypal jaguar, to this day, is present in many painted Chorotega ceramic iconography, being portrayed in various forms, qualities, and styles.

The Chorotega Peoples, as you may remember from the Virtual Coe in July, were corn farmers whose homelands originated in the mountainous highlands of present-day Chiapas, southern Mexico. They were forced to migrate, finally settling in the Nicoya peninsula of what is now Costa Rica, where their culture flourished for 2000 years. Black beans, fried plantains, grilled yams, squash, and corn tortillas… such was the Chorotega Peoples typical diet that accompanied them throughout the flourishing of their kingdom, including around 1000 AD, when this piece was thought to have been created. Metates such as this one were easy to come by and common amongst the Mesoamerican peoples. Their agricultural skills and diet rich in nutrition allowed them to stay in one location for long periods of time. Even so, utensils such as this one were considered prized items.

The maize, as in many Mesoamerican societies, was a sacred crop and often utilized in origin stories to depict relationships with spiritual deities of agriculture, fertility, and rain. Archeological evidence shows corn present in southern Mexico as early as 10,000 years ago and amongst the Mayan populations as far back as 9,000 years ago. According to findings, 5,000 years later, the corn was still in its domestication process in various parts of the Americas. Only when plant breeders learned how to get rid of the tough outer shell did they begin to domesticate the plant. From there, the Mayan Peoples learned of the system known as “milpa”, where they would plant beans, corn, and squash together in mounds in order to complement each seed´s needs and create fertile soils in turn.

Corn is deeply rooted in Costa Rican identity, based on the ancestral knowledge and heritage it brings—like an evocation seed containing generations of memories and transformations. According to a Chorotega legend, “the Chorotega people come from maize kernels and that an Indigenous woman running through the middle of the cornfield was pricked by a thorn, and drops of her blood fell on the crop, thus painting the maize in different colors.” (EarthNews, October 2021) Historical evidence shows corn present in the Nicoya region as far back as 3000 BC. The maize was not only an essential part of the Chorotega origins but also became a strategic ally. In ancient times, their geographical position was ideal for the important exchange of food and knowledge in relation to corn, which allowed the livelihood and fruition of the vibrant and sophisticated Chorotega culture that lasted for hundreds of years.

By cooking dry corn in water with ash, or lime, it is possible to soften the dry seed, remove the skin and dispose of the starch to prepare a soft dough, with which to make round bread (tortillas) and tamalli (Tamales). With so many varieties of corn, the Chorotega peoples could opt for a plethora of other dishes: biscuits, donuts, tanelas (pasta pastry with honey), choreadas (corn pancakes), corn rice. This was the basis of the healthy diet of their ancestors, of the gods.

As a reminder of being “children of the corn”, the Costa Rican government decreed corn as a national heritage in 2014. The purple pujagua corn, for example, is famous for its deep-rooted origin of Chorotega gastronomy, currently being safeguarded as a cultural patrimony in the Nicoya peninsula. Today, the corn culture is manifested in multiple traditions, social uses, knowledge and cultural expressions associated with the cultivation, harvesting, and processing of this grain. The national declaration of corn as heritage aims to contribute to the effort to maintain and revitalize the ancient seed. It focuses mainly on the Guanacaste of the Nicoya peninsula to benefit primarily the communities that keep the tradition alive.

She takes a step back to proudly examine her creation: a set of purple tortillas made from the seeds of her grandmother´s milpa. ‘We are now ready,´ she says aloud. ´Thank you dear Jaguar for providing me the pedestal to make this sacred food.´ Cautiously she picks up each tortilla one by one and places them on a warm clay plate. ´This is the food of the gods,´ she thinks.

By loving the corn and its preparation, this raised metate platform allows the space for the alchemy of the corn to take place, painstakingly transforming itself into a nutritious and delicious addition to the Chorotega cuisine, elegantly metamorphosing from the delicate seed to its sturdy sustenance… a process that endured thousands of years leading to the survival of a culture still in revitalization today.

Sources:
Alarid, Ryon, et al. “What Is a Milpa, and Why Should You Plant One in Your Garden This Year?” Red and Honey, 13 May 2021, https://redandhoney.com/milpa-plant-one/. 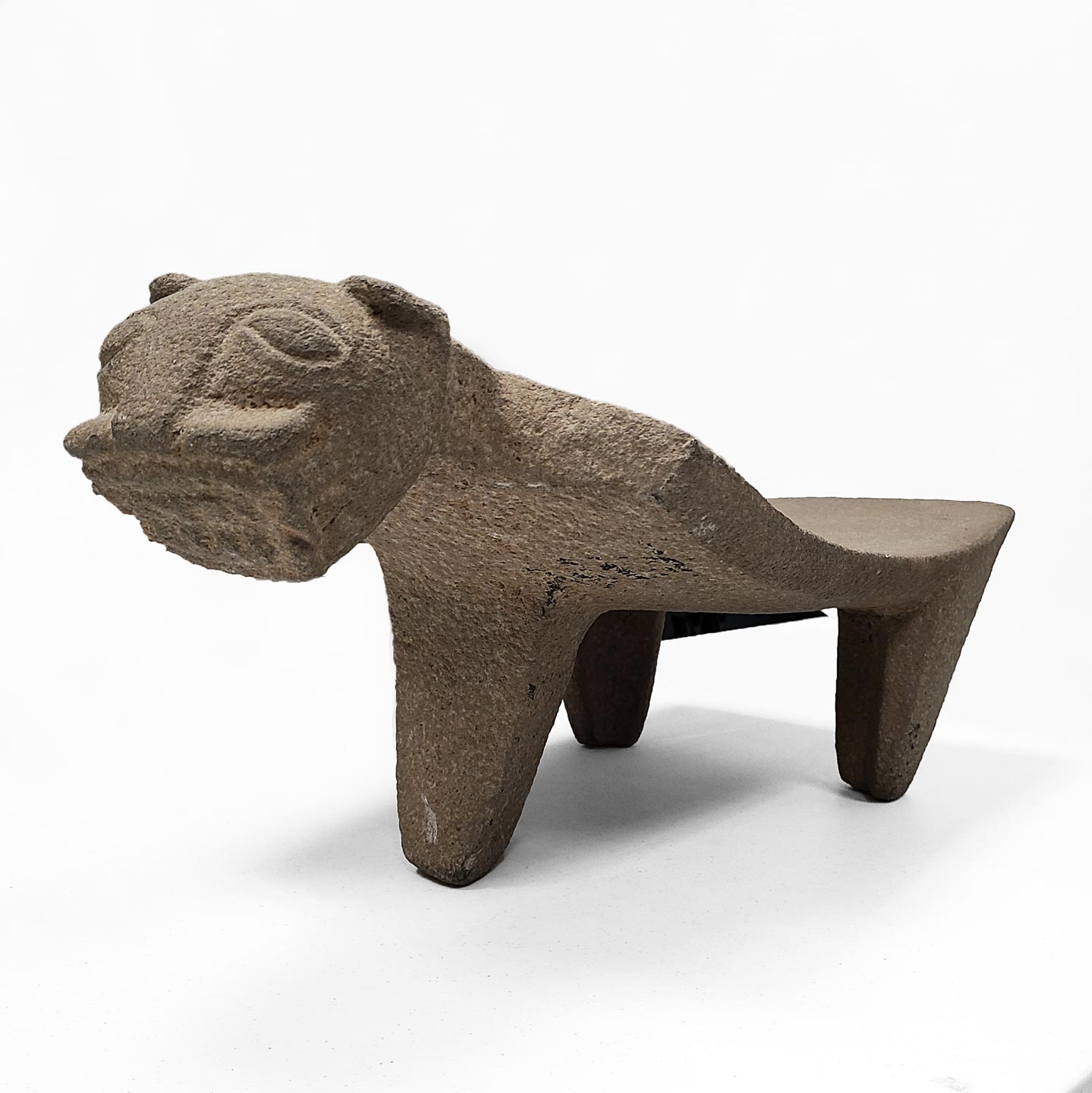