Description: This rattle in the form of a mussel is accurate down to the beard! Beau Dick is a highly esteemed and gifted contemporary carver. Though he is at home with a number of tribal carving styles, here he remains totally faithful to his roots. His artistic technique and his understanding of style is so specific and svelte as to arouse amazement. His cultural background explains this ability. He is from Kwakwaka’wakw community at Alert Bay situated on Cormorant Island. He spent the first six years of his life at Kingcome Inlet on mainland British Columbia and later was brought to Vancouver to attend school where he studied sculpture and painting, but the summers were spent with his family back in Alert Bay. He began by assisting both his grandfather and father, in the carving and painting of the world’s tallest totem pole which exists today in Alert Bay.  [Ted acquired many pieces from Leona Lattimer in her gallery and previous to that at the shop she managed at the University of British Columbia Museum of Anthropology. Ted referred to her as “my fairy-God Mother of Northwest art connections.”]  —Ted Coe and Bruce Bernstein, Connoisseurship & Good PIe: Ted Coe and Collecting Native Art, exhibition catalog, 2015, pg. 15.

This piece comes from the Kwakwaka’wakw of British Columbia. It is a carved mussel with hair. The mussel isn’t seen a lot in works of art, which made Beau Dick unique. He expressed his work by looking at everything holistically, which helped him create his art. The mussels are a supply of food. The abalone jewelry carries a high prestige just like eagle feathers carry for the pueblos.  —Ashlyn Lavato (Santa Clara Pueblo), Hands-On Student Curator, 2018 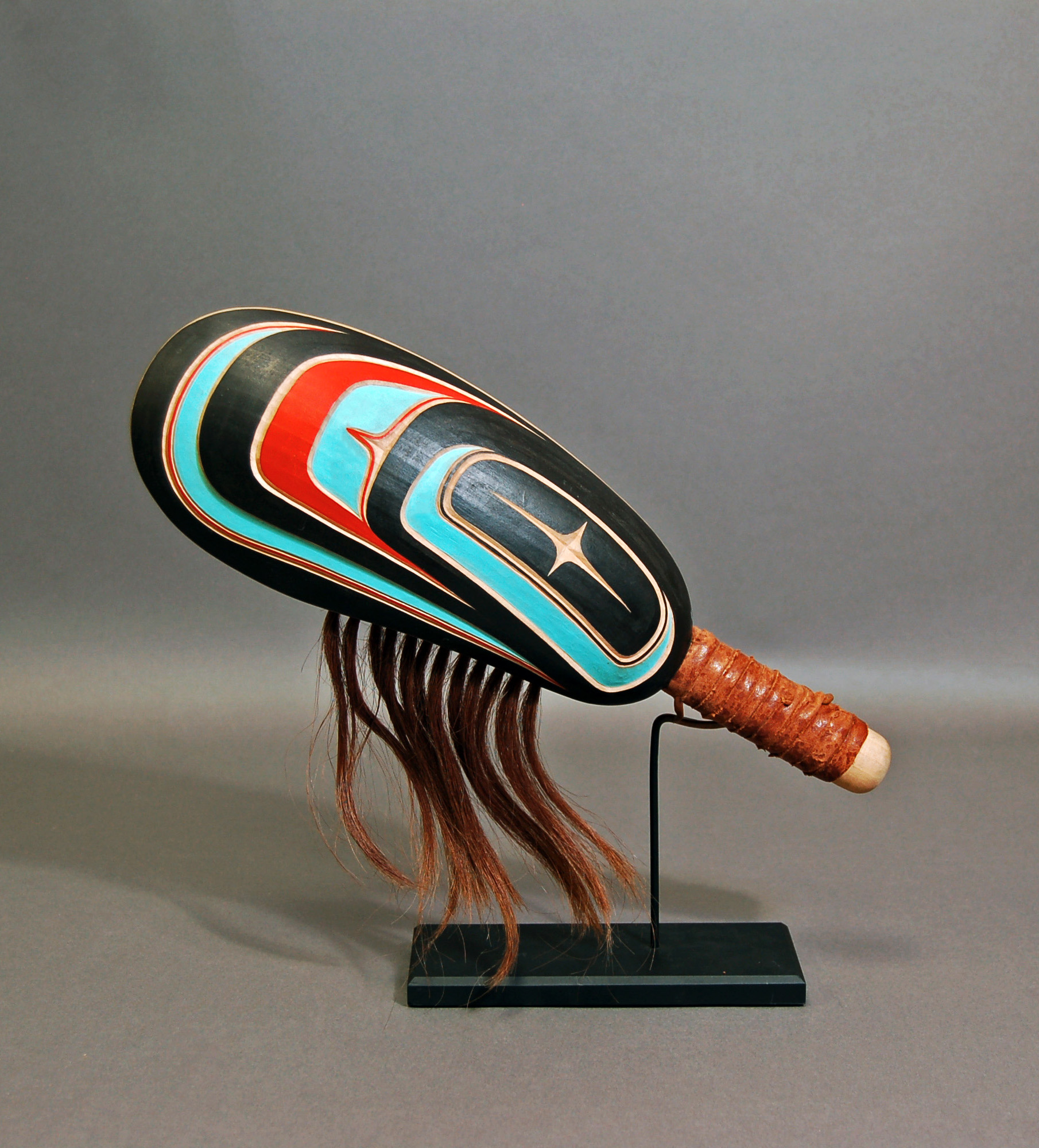