Description: This pin is eye-catching. It’s shaped like an actual pheasant. It’s exceptional because of the detail of coral, mother of pearl, and opal that’s inlaid within the pin. It reminds me of my significant other who often takes me when he goes pheasant hunting. He said that in his pueblo (Ohkay Owingeh) they use the feathers for traditional ceremonies. This is unique because in my pueblo we don’t use pheasant feathers. —Gailene Morgan (Tesuque Pueblo, Sac and Fox Nation of the Mississippi in Iowa) Hands-On Student Curator, 2018.

This expressive inlaid pin that perfectly captures a pheasant in mid-flight was created by the Zuni artist Dale Edaakie. Edaakie is part of a lineage of master inlay artists from Zuni, including his parents Dennis and Nancy Edaakie, who are widely known for their highly detailed bird imagery. Dale learned the technique from his parents—making many striking bird images such as this one—and eventually coming to focus on etched and inlay animal imagery which includes bolos, pins, and bracelets adorned with elk, bears, horses, even frogs, and bees.

Edaakie is a master of color and detail and this pin illustrates his ability to express movement and action through the iridescent shells and stones and his carefully etched lines and markings. 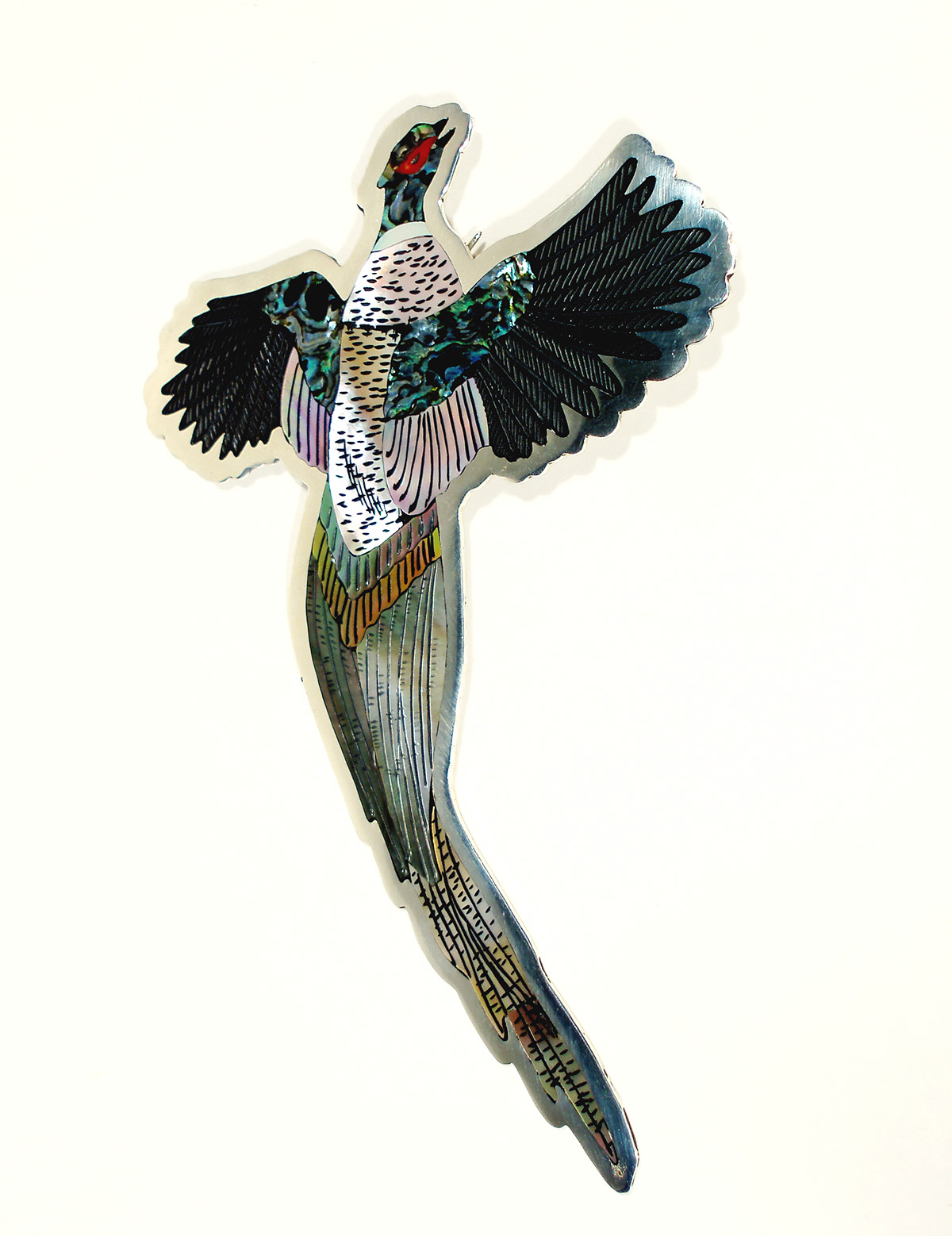