Description: Fibula is a Latin word for a common type of brooch or fastener similar in operation to a modern-day safety-pin. They are usually made of bronze or iron and consist of a bow, pin, and catch plate. The earliest examples date to around 1300 BC, although their origins are controversial. There are two main kinds of fibula. The single-piece fibula belongs mainly to southern Europe and probably started with the ‘violin bow’ in Mycenaean Greece. The multi-part fibula is most common in northern Europe where the pin is almost always made separately from the bow and catch plate. The emergence of fibulae implies changes in the materials used in making clothes and the way such clothes were worn.

Vis·i·goth  (vz-gth): A member of the western Goths that invaded the Roman Empire in the 4th century AD and settled in France and Spain, establishing a monarchy that lasted until the early 8th century.

This piece of 6th century Migration period jewelry was made by the Visigoths either in southern France or northern Spain after their resettlement from the Balkans. A Visigoth army under Alaric I eventually moved into Italy and sacked Rome in 410 AD. Later the Visigoths were removed to south Gaul and settled around Toulouse. After this they extended their authority into present-day Spain, displacing the Vandalas and Alans. Their rule in Gaul was cut short in 507 AD when they were defeated by the Franc under the legendary Clovis I, who went down in history as the founder of France. This piece may very well have been made when the Visigoth moved into Hispania. 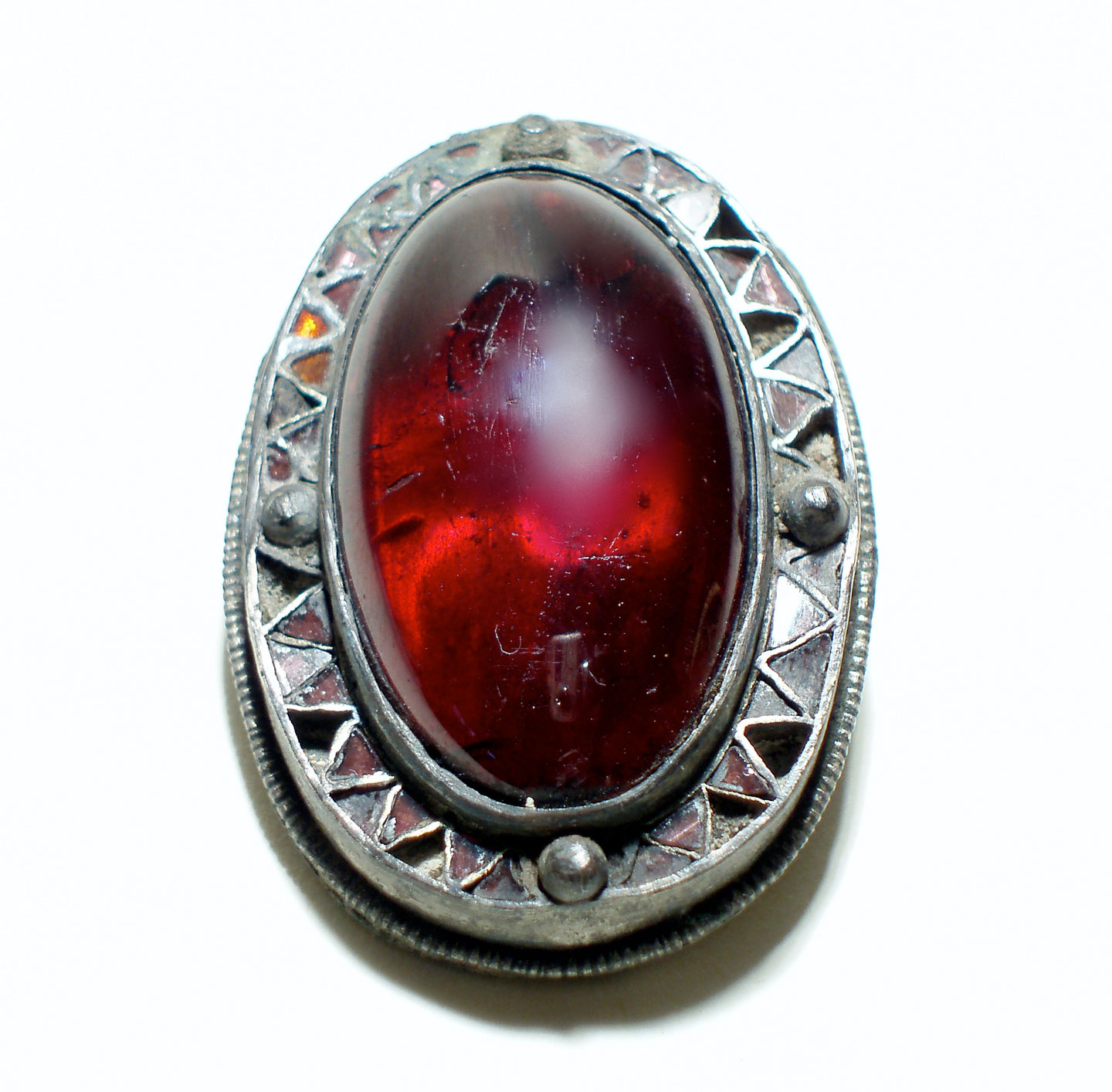