Description: In the year 2000, I was invited to participate in a symposium held at the Arts Council of Great Britain. The number of participants was invited by Jonathan King, Keeper of the Ethnological department at the British Museum with expenses paid to give short lectures and participate in the symposium as a whole.

My part of the program was a presentation on how the commercialization of art connoisseurship had come to dominant—dominate the appreciation of the arts from a humanistic point of view. One of the subtitles of my presentation was, “my Matisse is bigger than yours!” Little did I know that the dominance of the market would become so prevalent that art has been subservient to economics?

Since that delivery of my thesis that the monetary value of an object is paramount over its aesthetic meaning, history, and quality. At the time I don’t think my concerns were of great importance to the audience of scholars. I tried to make a valid distinction between the monetary values that seemed to be driving collecting or the market to the point where quality and perception of humanistic values were disappearing from the purview of not only art journalism but were even affecting the balance of aesthetics, cultural understanding, and intrinsic meaning which has been the mission of museums collecting from its inception.

With this cultural prerogative, I set out to hunt up a modest work of art that had locked up within it all the values my presentation sought to emphasize. Since that symposium and the hard-nosed tabling of art economics, I deeply regret to say that currently, art commercialism has submerged the invaluable poetics, meanings, and aesthetic values of works of art in favor of business uber Alles. In 2009, it is time that the value of art should be reestablished in its humanistic contribution to culture rather than its immediate economic and commercial value.

After the symposium was over, I set out on foot to peruse the antiques and artistic offerings to be found in the shops along Kensington Church street. To my delight I found this example of calligraphy by the great architect-designer, Archibald Knox who expressed in his Celtic-like style for a program announcement for the Hotel Savoy, done in the 1920s. I became lost in the calligraphic meanderings of the program announcement and even the singing birds drew me to purchase this seemingly modest work of art. At that moment it held more meaning for me than the banter at the symposium. In the little shop, I found redemption in this marriage of artistic design which triumphs over its commercial content. I have kept it as a talisman to this day. “Art is long, and life is short”  —Ted Coe 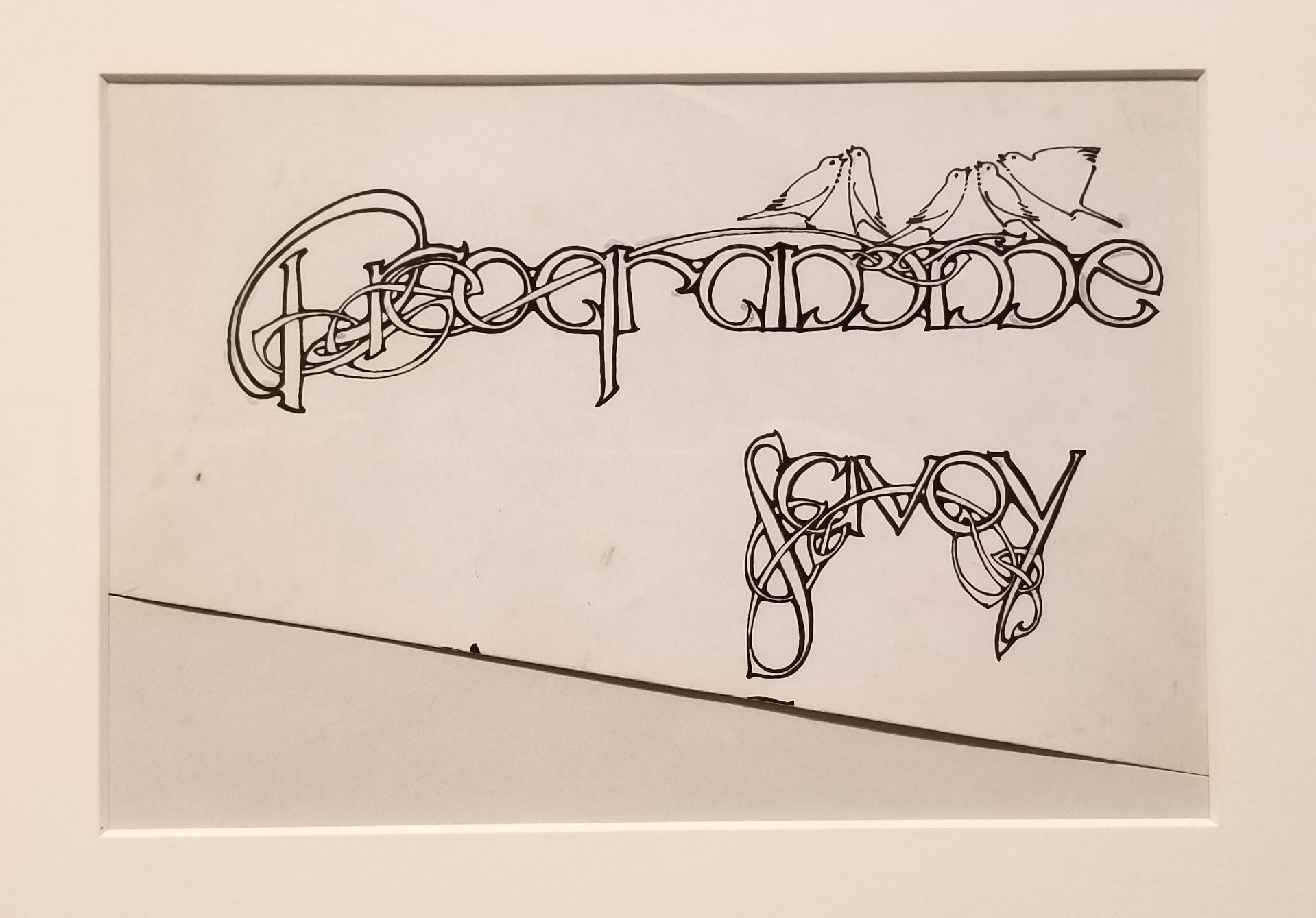