Description: I wanted to do what the old people did… I make elk antler purses, and make them as different as I want … I mean, I could put elks on them, and all these other things and try to show skills an artist would. But I don’t. I just like the way they were done a long time ago. And I just keep making them.  –George Blake

Marked by an engraved “GB” with the date 87, this elk antler purse by George Blake was commissioned by Ted and displayed in the 1992 exhibition “A Dialogue of Tradition and Objects of Myth and Memory” at the Brooklyn Museum. Its cylindrical shaped body has 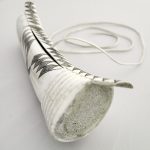 beautiful etched geometric designs. The interior, lined with felt, is impressive considering the narrow opening, topped with a slivered-out portion of the antler, then closed by wrapping a long strip of leather around the antler that’s connected through a punctured hole in the lid. Unlike most purses, this elk antler purse serves as a storage carrier for strands of dentalium shells used as currency. The hollowed-out pocket keeps the shells from breaking; if broken, the shells would lose their value.

George Blake is from the Hoopa Indian Reservation in the Hoopa Valley of Humboldt County in northern California. He is best known for his sculpture, jewelry, regalia, and contemporary works. It was in the 1960s that George started to make antler purses. After the Hoopa Valley Tribal Museum opening in the early ’70s, he reached out to various museums to request loans of original elk antler purses. He stated that he had never seen an elk antler purse in Hoopa, ever. Everything was taken from them and placed in museums for preservation and study. After successfully securing the loans, George studied the purses and made batches. This ongoing relationship with museums is tremendously useful to Indigenous communities seeking to view items and objects made by their ancestors. At the same time, it is 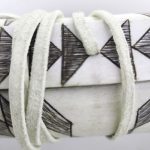 unfortunate that tribal members have to turn to these large institutions in different parts of the world to connect back with their traditional ways and knowledge.

From 1980 to 1983, George served as curator of the Hoopa Valley Tribal Museum; this is where he coordinated a program to teach a variety of traditional arts to younger tribal members. George Blake’s passion and commitment to learning about his cultural identity through a balance of western education and community knowledge passed down from elders make his work incredibly impactful. It’s a beautiful way of being invested in your community to help revive and restore traditional methods. In 1991 George was awarded the National Endowment for the Arts (NEA) National Heritage Fellowship. 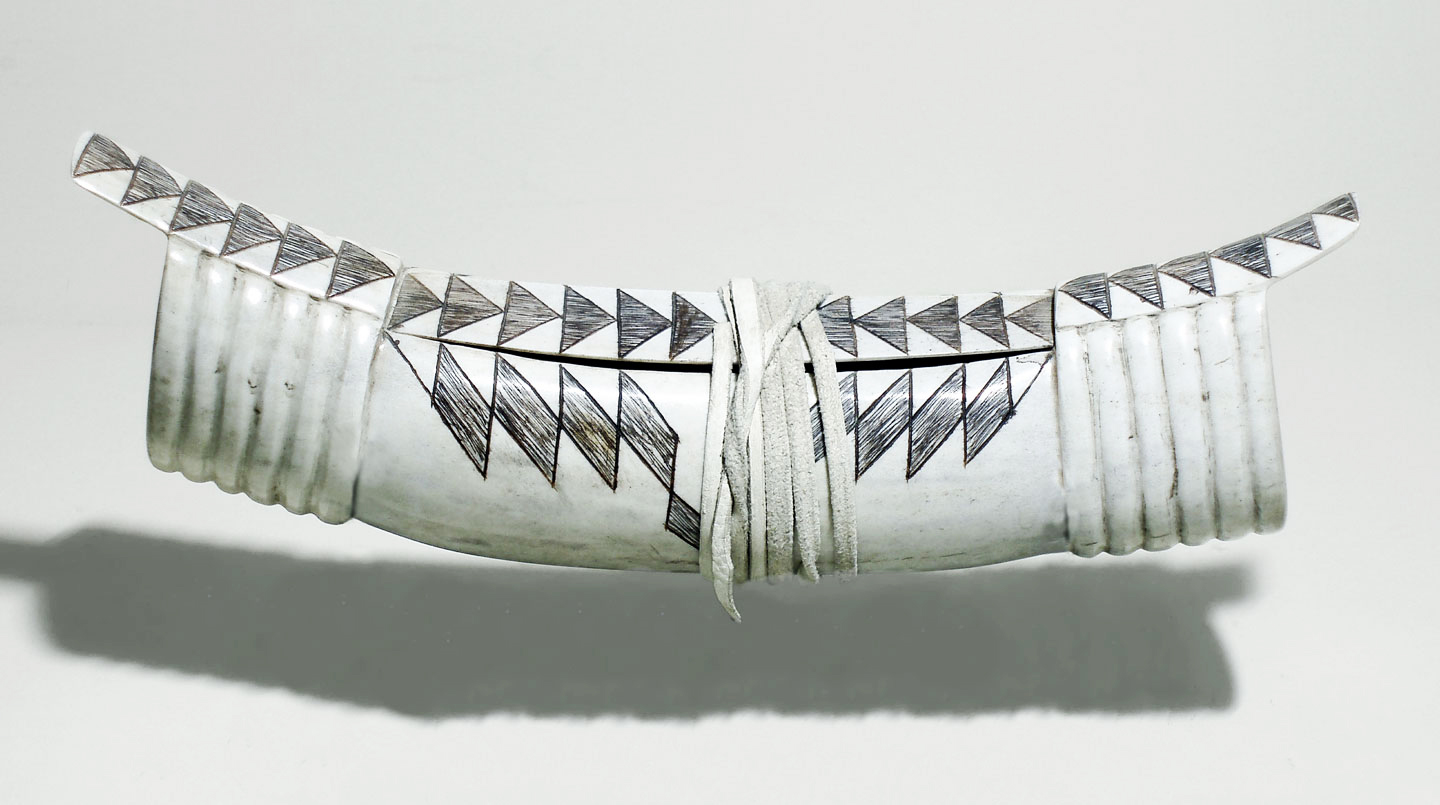