Description: Marcus Amerman (Choctaw, b. 1969) is widely recognized for his incredible pictorial beadwork, which seamlessly blends Native beadwork techniques with Western pop culture imagery. Amerman learned to bead from his family and refined his style and practice through studies at Whitman College and the Institute of American Indian Arts. While Amerman is also a practicing painter, fashion designer, sculptor, and performance artist, his beadwork has propelled him to international recognition. His work is often provocative or politically charged with a powerful undercurrent of social commentary. His works range from honorific depictions of historic Native leaders, often juxtaposed with contemporary settings or iconography, to utterly pop-cultural such as his series of beaded bracelets adorned with the images of Superwoman or Agents Scully and Mulder from the X-Files. 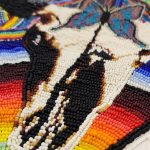 Amerman believes that his practice is a new traditional art form and asserts that—like all traditions—his art is about continuing adaptations of long-held techniques. His work then can be read as part of an ongoing arc rather than a radical departure. This blending of the past and present results in imagery that undermines mainstream expectations for how, where, and why Indigenous beadwork functions. While many of his pieces are utterly wearable, they also stand alone as powerful works of art and storytelling. Amerman’s use of photorealism (or what he calls “photo-beadalism”) means that his images are simultaneously familiar and strange.

This particular work, “Superman Emblem” from 1993, was commissioned by Ted Coe after he had been struck by Amerman’s full Superman-style tanned leather jacket at the 1992 Santa Fe Indian Market. While Ted could not afford the jacket at the time, he was so enamored by the riff on the iconic superhero imagery that he immediately reached out to Amerman to see if he would make an emblem for his collection.

This small panel of intense beadwork is powerfully evocative. The psychedelic colors and patterns of background draw you in as if you are looking through a kaleidoscope onto a desert sunset. The simple red “S” superimposed over the field of bold yellow of Superman’s so-familiar logo has taken a trip here, into Amerman’s vision of a contemporary American hero deeply rooted in Native America. The “S” has become an iconic Buffalo skull (a nod not only to the inestimable power of the buffalo across Native North America, but also Amerman’s own alter-ego “Buffalo Man” who features in much of his performance and visual art) surmounted by a sky-blue butterfly caught mid-flight.

Watch two videos of Marcus Amerman then and now. 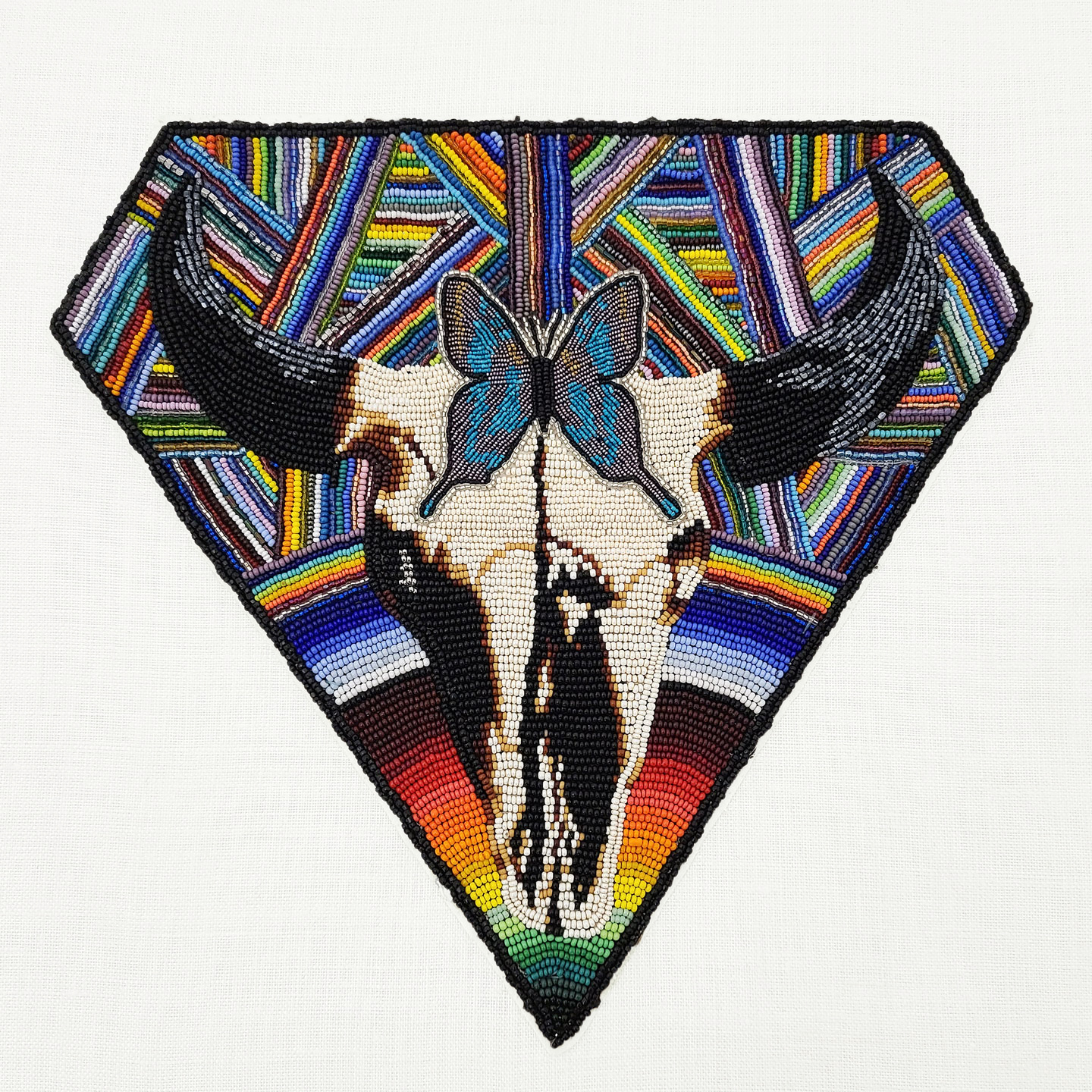