Description: Constantin Guys was born in Flessingen, Holland. He died, after a long and vagabond life, at the age of ninety in a public institution in Paris, almost completely destitute. Very little positive information is available about Guys, other than that he worked for the “Illustrated London News” until 1860, sending stories and drawings back to England from Spain, Italy, Germany, Turkey, Egypt, and the Crimea. Guys was such a modest figure, that he did not think his drawings valuable enough to sign, and he did not mind when quite ordinary wood engravers made second-rate cuts of them for reproductions in print.

Upon his return to Paris, Guys continued to work in ink washes, retouched with strident yellow, raspberry pink, and dark blue watercolors. Color enlivened his sketches even as, in later years, it became more subtle. But color is less important to Guys’ work than is his lively line, his quick wit, and his ability to portray the life of well-dressed people in fashionable pursuits. His lively, natural compositions are full of light and shade, dynamic movement, and freshness. His work forms a most valuable document of nineteenth-century life and, in spite of the fact that he probably never painted in oils, link Guys to Daumier, to Goya and, in his use of light and shade, to Rembrandt.

Among Guys’ first and greatest admirers was Baudelaire, who wrote about him in the magazine “Le Figaro” (Dec. 18, 1863) and in his poetry. He was also appreciated by Monet, who enjoyed his modern approach to contemporary scenes, his lightness of touch, and the sharpness of his draughtsmanship. 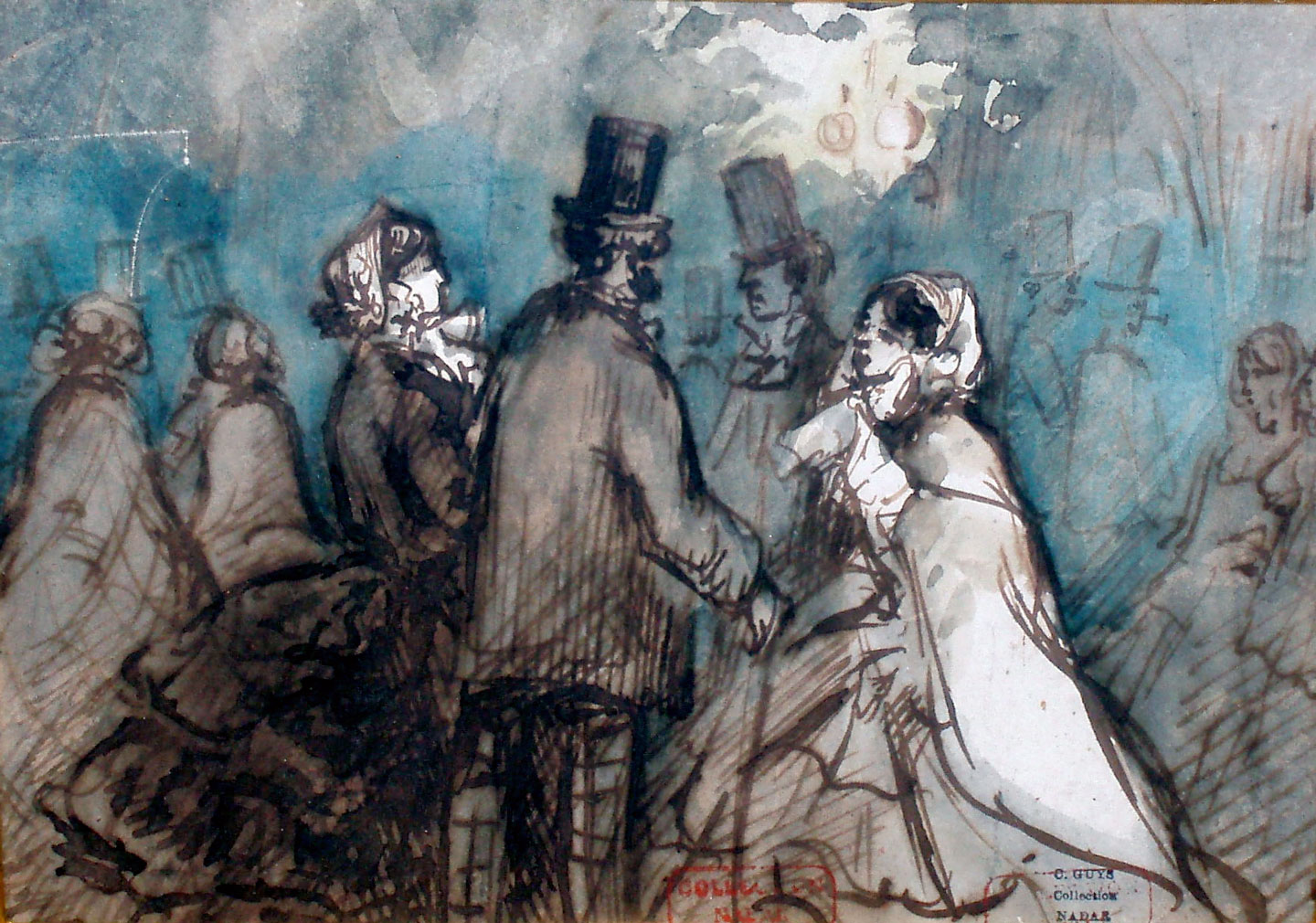